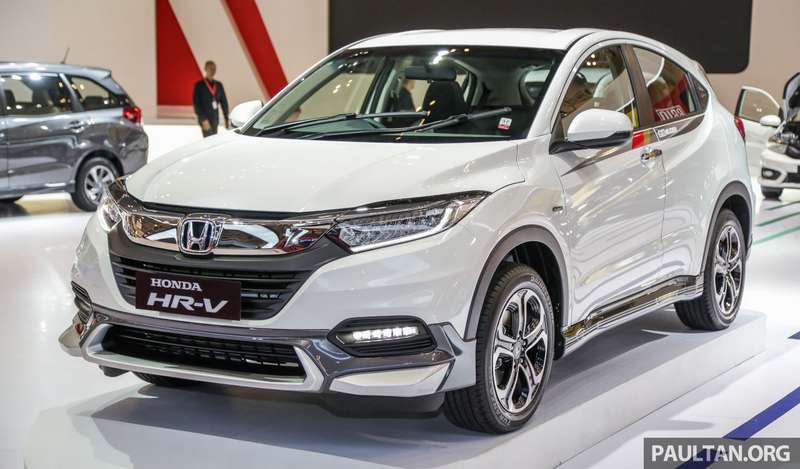 Honda HRV is a mid-sized compact SUV. It is on sale in many countries around the world. It has been spied on test in India as well, where it is expected to be launched by Diwali 2019. At the ongoing GIIAS 2019 show, Honda has showcased the facelifted HRV Mugen.

Mugen is the official parts tuner, and modifier for Honda cars. Mugen is short for Mugen Motorsports. It was founded by Hirotoshi Honda back in 1973. He is the son of Honda founder Soichiro Honda. Mugen is a Japanese word, in English it means – Without Limit / Unlimited / Vast.

Speaking about the 2019 HRV Mugen facelift, it is based on the 1.5 liter Special Edition variant. In comparison to standard HRV, the 2019 Honda HRV Mugen receives subtle updates. Usually, Mugen cars come with thick silver bar with Mugen badging in the center front. No such thing is found in the HRV Mugen 2019. 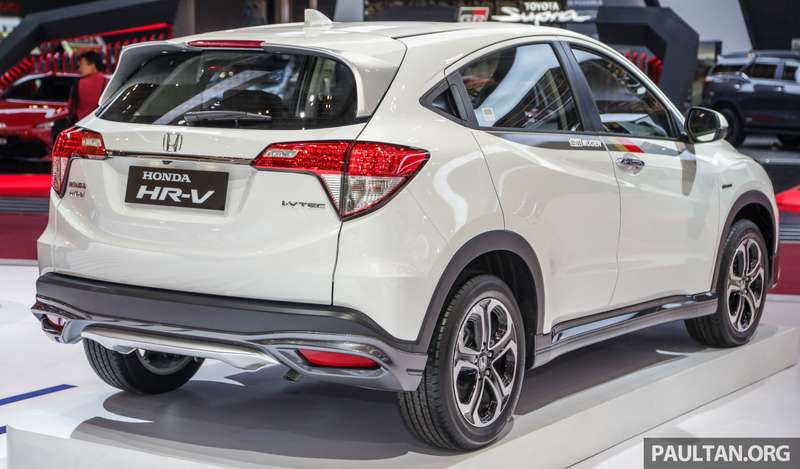 Instead there is a thick chrome grill with the H emblem. The updated model also sports grey front bumper extensions, rear bumper and side skirts while it sits on 17” two tone alloy wheels fitted with 215/55 tyres. The Mugen moniker is seen at the front wing and also in the form of a decal on the headlamp opening. The rear spoiler is finished in silver while the HR-V Mugen also sports a shark fin antenna at the rear.

More Mugen accents are seen on its interiors with Mugen floor mats and an emblem above the transmission lever. Apart from these updates, the rest of the interiors of the 2019 Honda HR-V Mugen continue in the same design as seen on the standard HR-V.

2019 Honda HR-V Mugen is limited to 250 units and is available in six colours of White Orchid Pearl, Crystal Black Pearl, Lunar Silver Metallic, Modern Metallic Steel, Dark Metallic and Red Rallye. It will be priced at Rp. 344 million (Rs 17 lakhs) for the Red Rallye edition while other colours in metallic or pearl accents are an additional Rp. 1.5 million, and is hence priced at Rp. 345.5 million (Rs 17.1 lakhs).

The new HR-V Mugen bookings are now open and can be ordered at the 2019 GIIAS or via Honda dealerships throughout Indonesia. Honda HR-V 1.5 liter has been on sale since January 2015 and has recorded sales of 118,966 units in Indonesia. The HR-V also received Car of the Year from the AUTOMOTIF Award and the Automotive Journalists Award Forum in 2015. It will next launch in India, where it will take on Hyundai Creta, Maruti S-Cross in the segment.