Honda has unveiled the SUV eConcept recently at the ongoing 2020 Beijing Motor Show. While it is clear that it is a concept for Honda’s first electric SUV, it is this concept that will also lay foundation for the Japanese brand’s next-generation HR-V SUV. 2022 Honda HRV is scheduled to make global debut in production ready form in May 2021.

The SUV eConcept from Honda sports a futuristic look despite carrying many signature elements of the Japanese auto major. The evolutionary design language feels similar to the current crop of Honda cars like City and Civic with the piano finish covered up grille reminding us of these cars. The Honda logo takes centre stage while the sleek looking front fascia is complemented by slim LED headlamps, which are connected by a thin light strip.

Along the sides, it gets sharp lines with a bulging body. However, the highlights remain the 21-inch alloy wheels. Other notable inclusions are a flat sloping roofline, large angular air dams both in front and back and the sharp C-shaped tail lamps at the rear linked to each other across the width of the car. Currently, it was showcased as a 3-door configuration but we can expect a 5-door layout in the production-spec. 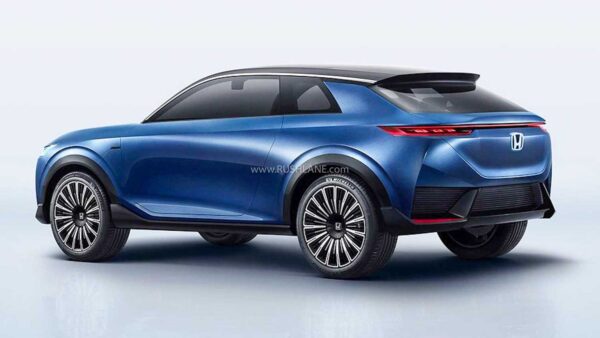 Inside the cabin, it follows a minimalistic design approach with a large display screen in the centre dashboard. It will also come equipped with omnidirectional ADAS’ (advance driver assist systems), which allows for safe driving in more complex and diverse driving conditions. Self-parking and hands-free driving are also showcased in the company’s introductory video for the concept.

It will be offered with a more advanced Honda Connect system that will work on an AI interface and will connect one’s smartphones and smartwatches to perform certain functions that will also receive OTA updates. Honda says that in its production-spec the SUV eConcept will feature an electric powertrain as well as petrol and hybrid powertrain options. That is how this SUV eConcept is considered to be the stepping stone to the new HR-V. 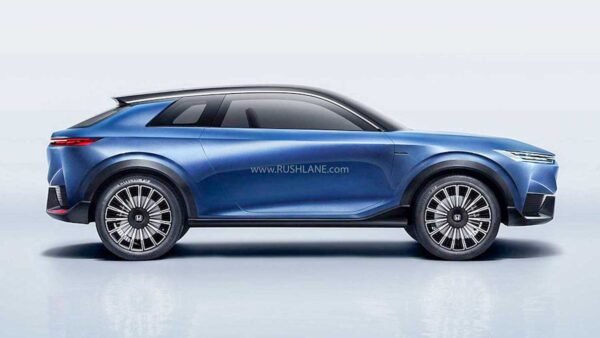 Unlike its predecessor, Honda HR-V will be retailed in many more markets across the globe and will feature multiple powertrain options as well. The second-generation HR-V is already in the developmental phase and has been spotted testing on a couple of occasions. From the spy images going around the internet, it can be seen that the new HR-V shares a lot of elements with SUV eConcept.

There has been no official word from Honda on bringing the new HR-V to India. However, the Japanese automaker had confirmed earlier that it has been developing a four-meter plus SUV for the Indian market which would take on the likes of Kia Seltos and Hyundai Creta.