A Honda Jazz, registered in the name of Lessee Mylan Laboratories Pvt. Ltd., has broken not only a traffic regulation but also a record for being challaned the most number of times in one year.

The owner of this Honda Jazz has been fined INR 1.82 lakhs after having been caught a total of 127 times over the course of 1 year between April 4, 2017 and March 10, 2018. Details of his challans issued when caught overspeeding have been recorded on the Telangana State e-challan portal. Authorities state that they will ensure that the vehicle owner clears all these challans at the earliest. 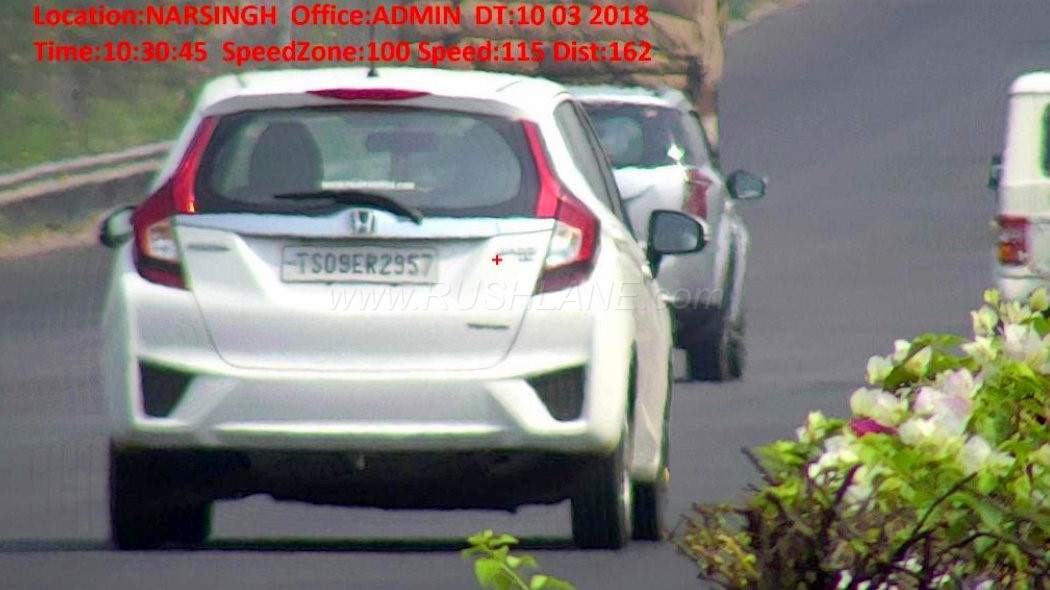 Honda Jazz was recently spied speeding at Outer Ring Road in Hyderabad, a stretch that is famous of overspeeding crashes. This is a highly accident prone 8 lane road wherein the earlier speed limit was 120 kmph but was recently reduced to 100 kmph following a large number of road accidents.

The Jazz owner has amassed challans to the tune of INR 1.82 lakhs issued by the authorities. These 127 instances of overspeeding have been captured on CCTV cameras. Text messages are then sent to the offender but it has been noted that this particular Jazz owner has not been using the phone number recorded at the time of vehicle registration. 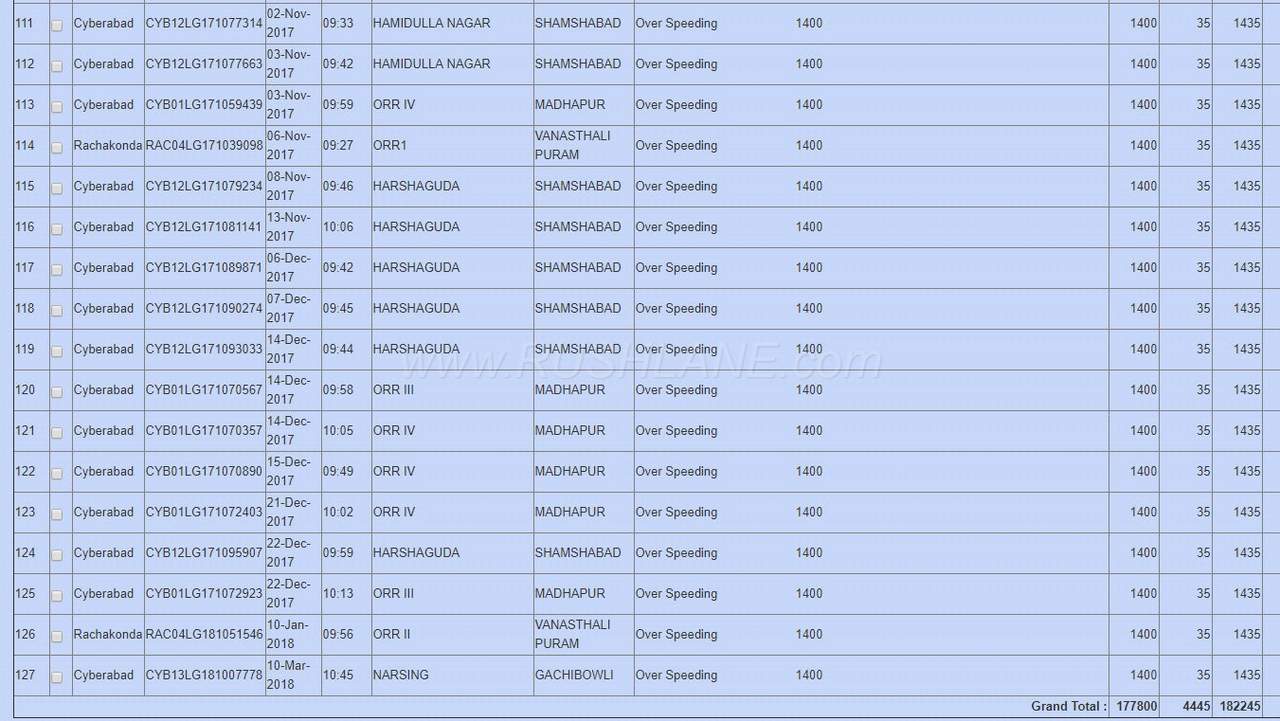 The owner has hence not been receiving the text messages but the authorities stated that his vehicle number will be intimated to toll gate operators and then his vehicle will be detained following which he will have to clear the outstanding fines.

Deccan Chronicle quoted D.V. Ranga Reddy, Police Inspector, “The offender is definitely sent text messages regarding the challans, but if he is not using the phone number recorded at the time of vehicle registeration, he may not be receiving them. We will send his vehicle number to tollgates, and detain the vehicle. We will make sure that the vehicle owner clears all his challans soon.”