Honda Navi moto-scooter was first launched at the 2016 Auto Expo. It took the scooter two and half years to cross the 1 lakh sales mark. Compared to Honda Activa, on which the Navi is based, this is a poor sales performance.

In fact, sales have declined exponentially after the last update Navi received back in July last year. In Nov 2018, sales of Navi stood at 1 unit, while in Dec 2018, sales stood at 0 unit, reveals Auto Pundit / Team-BHP. Dismal sales through the festive season and in the last two months of 2018 have probably caused the company to once again pull the Honda Navi out of production.

So, is the Navi discontinued? Honda India’s official site, continues to feature the Navi on product page. But dealers are no longer taking orders. There are speculations that this could be due to the fact that Honda is currently updating the Navi, so as to comply with new safety regulations being effective from 1st April 2019.

The new safety regulations as indicated by the Supreme Court for two wheelers of 125cc or below should receive combi-brake system while two wheelers above the 125cc mark should get Anti Lock Braking System as a mandatory safety features. 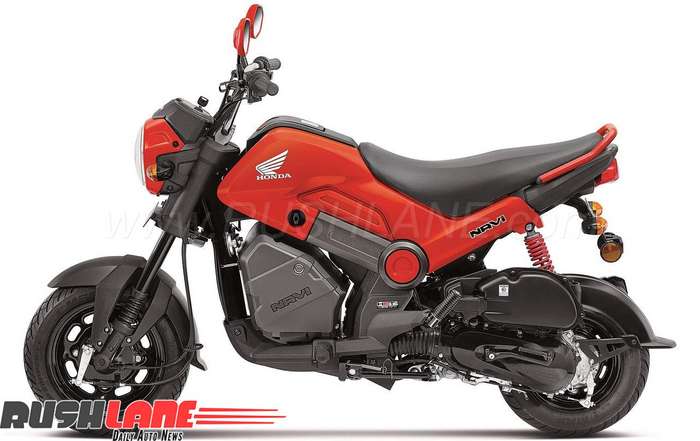 Honda had discontinued Navi once before, when the BS IV update came into effect. At that time, the BS3 stock was sold by dealers at rock bottom prices, as they were left with a huge stock. In order to not repeat such a mistake, Honda will launch the updated Navi well in time before the deadline, so all stock of outdated Navi is sold by dealers, without offering huge discounts.

Honda Navi was last updated in July 2018. At that time it received styling updates, thanks to two new color schemes. Price started from Rs.44,775. The updated Navi saw new body colors of Range Green and Ladakh Brown, body colored elements, a grab rail, headlamp cover and rear view mirrors. The Navi is powered by a 109cc, single cylinder engine offering 7.89 bhp power at 7,000 rpm and 8.96 Nm torque at 5,500 rpm. 2019 Honda Navi will feature the same engine, but addition of CBS will result in increase of price.