Honda Motorcycle India plans to introduce its Rebel cruiser range in our market sometime next year. In fact, the Japanese two-wheeler manufacturer intends to bring four 500cc motorcycles in India as a start: CMX500 Rebel cruiser, CB500F naked sports, CBR500R faired sports and CB500X dual-sport. Besides entering into a new segment, Honda also aims to bridge the gap between its regular range and its extra-premium or litre-class model line.

Amongst these upcoming motorcycles, the Rebel 500 cruiser is the one many are eagerly looking forward to. It would be a good alternative to Royal Enfield’s 650 Twins if Honda Motorcycle India manages to price it right. In international markets, Honda sells the cruiser in a lesser ‘300’ avatar as well. The new-gen Honda Rebel has been around since 2017. It is essentially a modern iteration of the CMX450 Rebel from the late ‘80s.

Kijima Customs, a customisation shop based in Japan, has introduced a range of ‘city-riding’ and ‘touring’ accessories for the 2020MY Honda Rebel range. Kitted up, one cannot help but see a mild resemblance with certain Harley-Davidson Sporster and Glide models. Still, most of the fitments are functional. 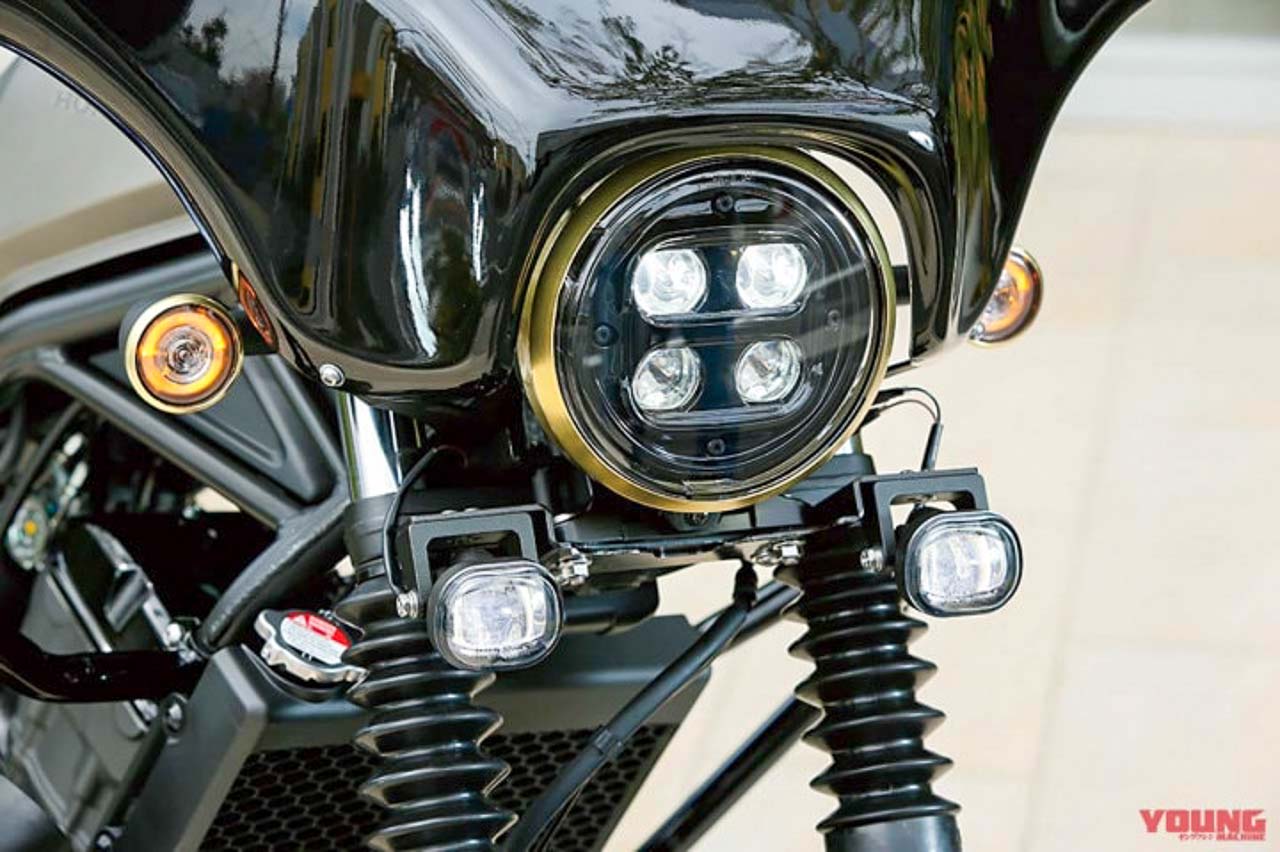 To give a comparison, Royal Enfield’s 650 Twins (Interceptor and Continental GT) are powered by a 648cc air/oil-cooled SOHC parallel-twin engine good for 47bhp @ 7,250rpm and 52Nm @ 5,250rpm. If you look at the numbers, it is evident that Honda’s parallel-twin engine revs much higher to produce almost the same output for roughly 180cc less. An extra camshaft helps further.

Honda Motorcycle India plans to attain 100 per cent localisation for its upcoming 2021MY ‘500’ range. For the same reason, we can expect an aggressive pricing strategy. Just like its other premium offerings (starting with the Honda CB300R), the ‘500’ line-up would be sold through exclusive ‘Wing World’ outlets spread across potential cities in the country. Being a major player in India’s affordable two-wheeler segment (commuters and scooters), Honda Motorcycle India wishes to apply the same formula in India’s growing middleweight category.