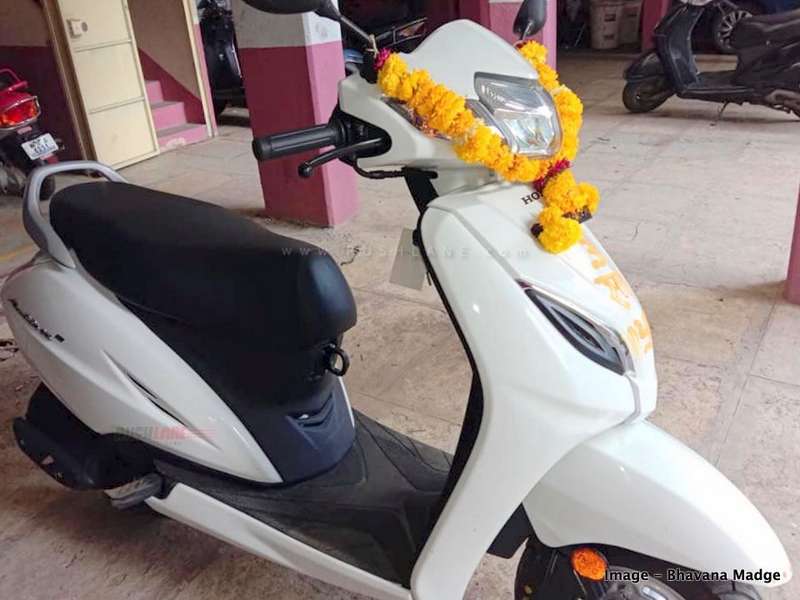 Aided by festive mood and attractive discounts and offers, Honda Motorcycle and Scooter India (HMSI) has registered positive MoM growth for most of its bestselling models in September 2019.

HMSI total sales in September stood at 4,55,896 units, which translates in YoY loss of -12.39%. Sales in the same period last year were 5,20,372 units. Activa continues to be the top selling Honda two-wheeler, registering sales of 2,48,939 units in September 2019. This is -12.59% YoY loss, but MoM sales have improved 6.26%. Honda recently launched Activa BS-VI model, making it the first BS-VI compliant two-wheeler in India. 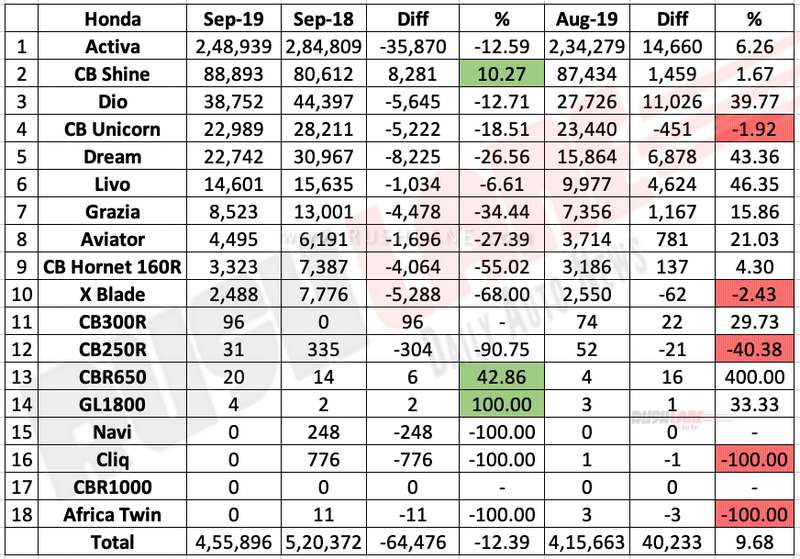 At second place is CB Shine with sales of 88,893 units. This translates into positive MoM as well as positive YoY growth of 1.67% and 10.27%, respectively. CB Shine is also expected to get BS-VI engine, making it the second Honda two-wheeler to become BS-VI compliant. Updated CB Shine will be a bit longer, wider and taller and offer slightly more power than its predecessor. A marginal increase in weight is also expected.