Here is How Mahindra Roxor Overcame Sales Ban in the US

We all know that the Mahindra Roxor, a US-only derivative of the previous generation Thar, ran into legal trouble for imitating the Jeep Wrangler’s trade dress. The import of CKD kits of the low-cost off-roader into the US was banned by the country’s International Trade Commission despite Mahindra presenting a significantly revised design.

In its brief stint in the US, the locally assembled Roxor has managed to garner good fan following so much so that Mahindra has decided to make an effort to completely redesign the product. The pictures of 2020 Mahindra Roxor which has been designed to circumvent the points of contention with FCA (Jeep’s parent company) are doing rounds on the internet. Here is how the latest iteration addresses the issues that FCA Group had with the previous versions of Roxor.

For starters, the salient feature of Jeep’s trade dress is a boxy shape with flat body panels with the rear bodywork ending about the same height as the hood. The 2020 Roxor’s rear body panels are now much lower than the hood, thereby making it sufficiently different from Jeep Wrangler’s design. 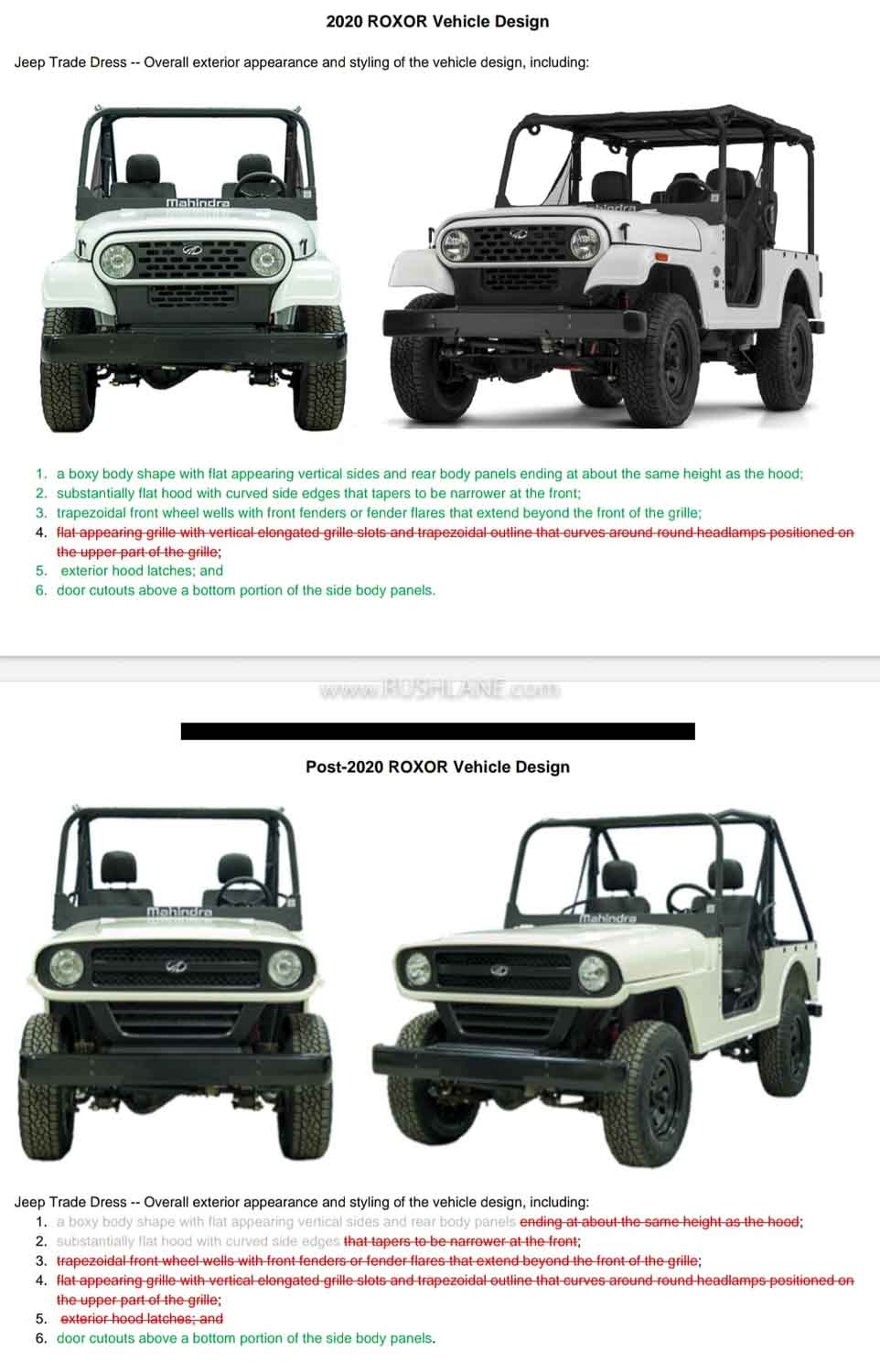 Another important feature is the new hood which is still flat but no longer tapers to be narrower at the front. This gives the 2020 Roxor a completely different look compared to the previous editions.

Mahindra’s design team also eliminated the flared wheel arches and trapezoidal front wheel wells. The exterior hood latches, another point of contention, have been done away with as well. However, the door cut-outs above the bottom position of the body panels remain. We don’t really see how that can be redesigned or how it can be a design feature that only Jeep has the right to use. 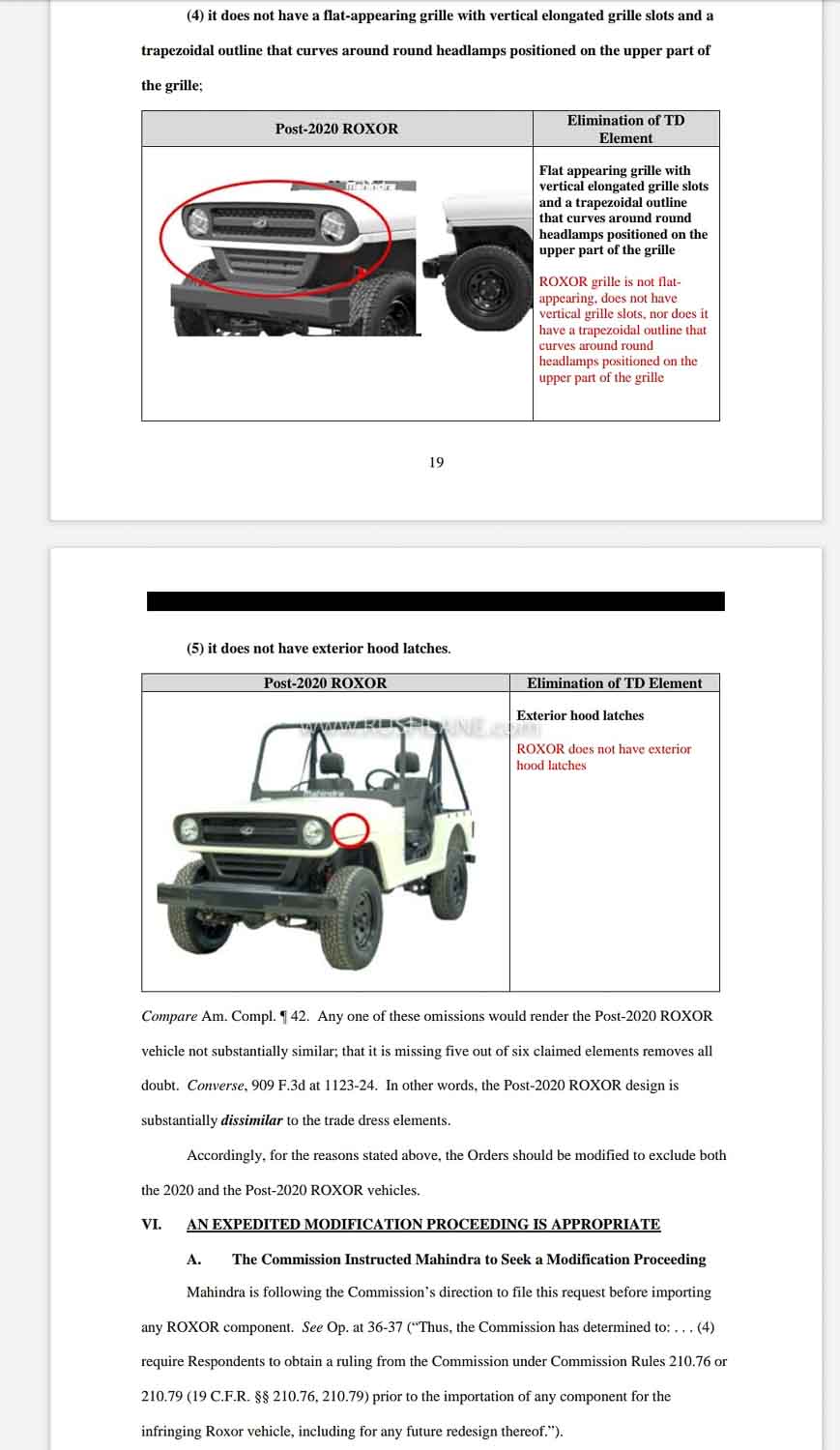 It’s still Thar under the skin

The 2020 Mahindra Roxor no longer looks anything like a cheaper version of Jeep Wrangler. While the new design bodes well for the vehicle’s prospects of being allowed to be retailed in the US again, it would also likely rob some of the appeal the predecessor had. That said, Roxor’s positioning as an attractively priced, purpose-built off-roader (not road-legal in most American states) will keep it relevant. 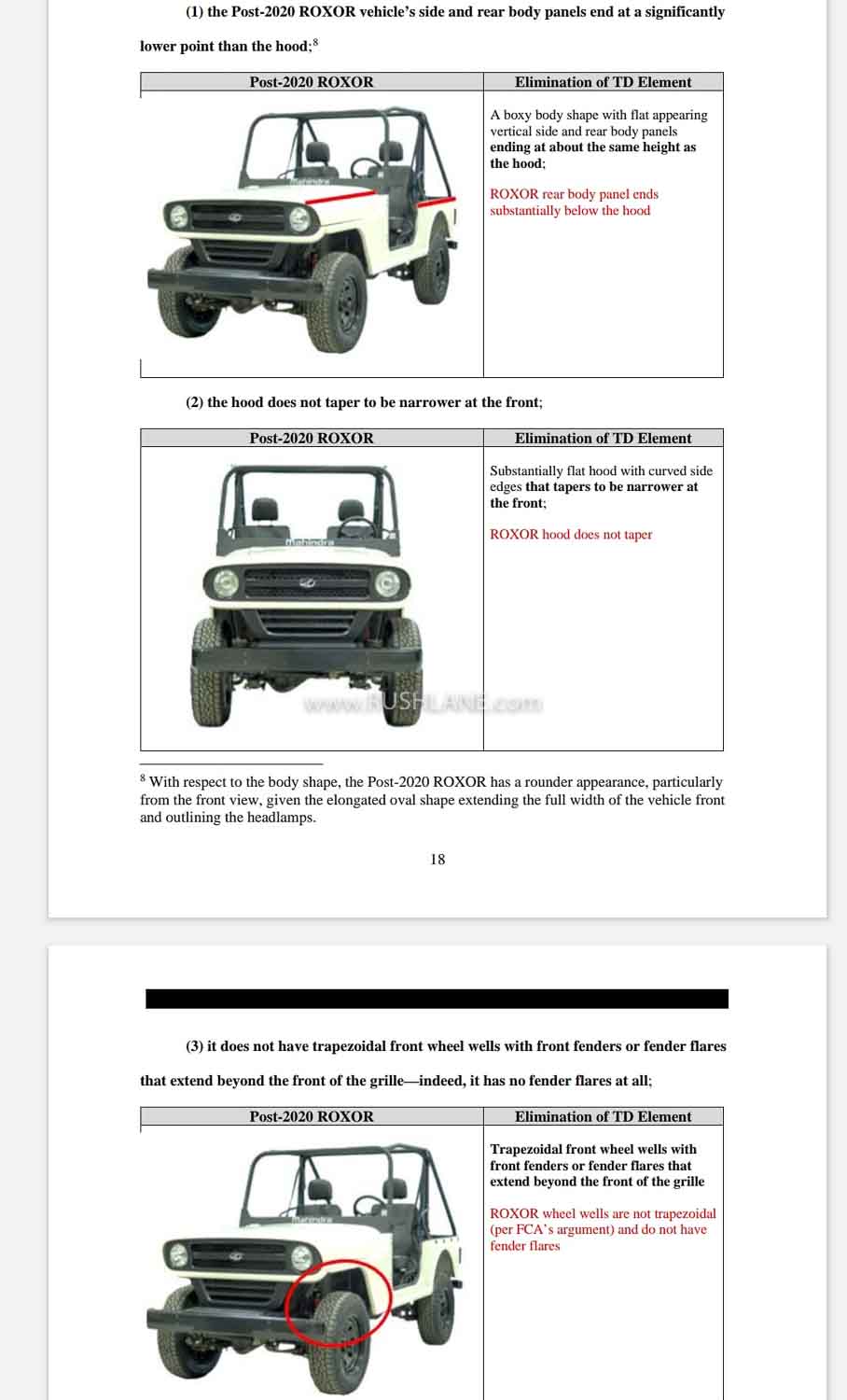 The 2020 Mahindra Roxor continues to employ the 2.5-liter diesel engine which develops 65 hp and 195 Nm of torque. Standard transmission is a 5-speed manual unit but the vehicle can also be specified with an optional 6-AT. Both 4×2 and 4×4 (with low transfer case) configurations are available.

The official re-introduction of 2020 Mahindra Roxor in the US is expected in the coming weeks. For reference, the old model started at USD 15,999 (around INR 11.77 lakh). 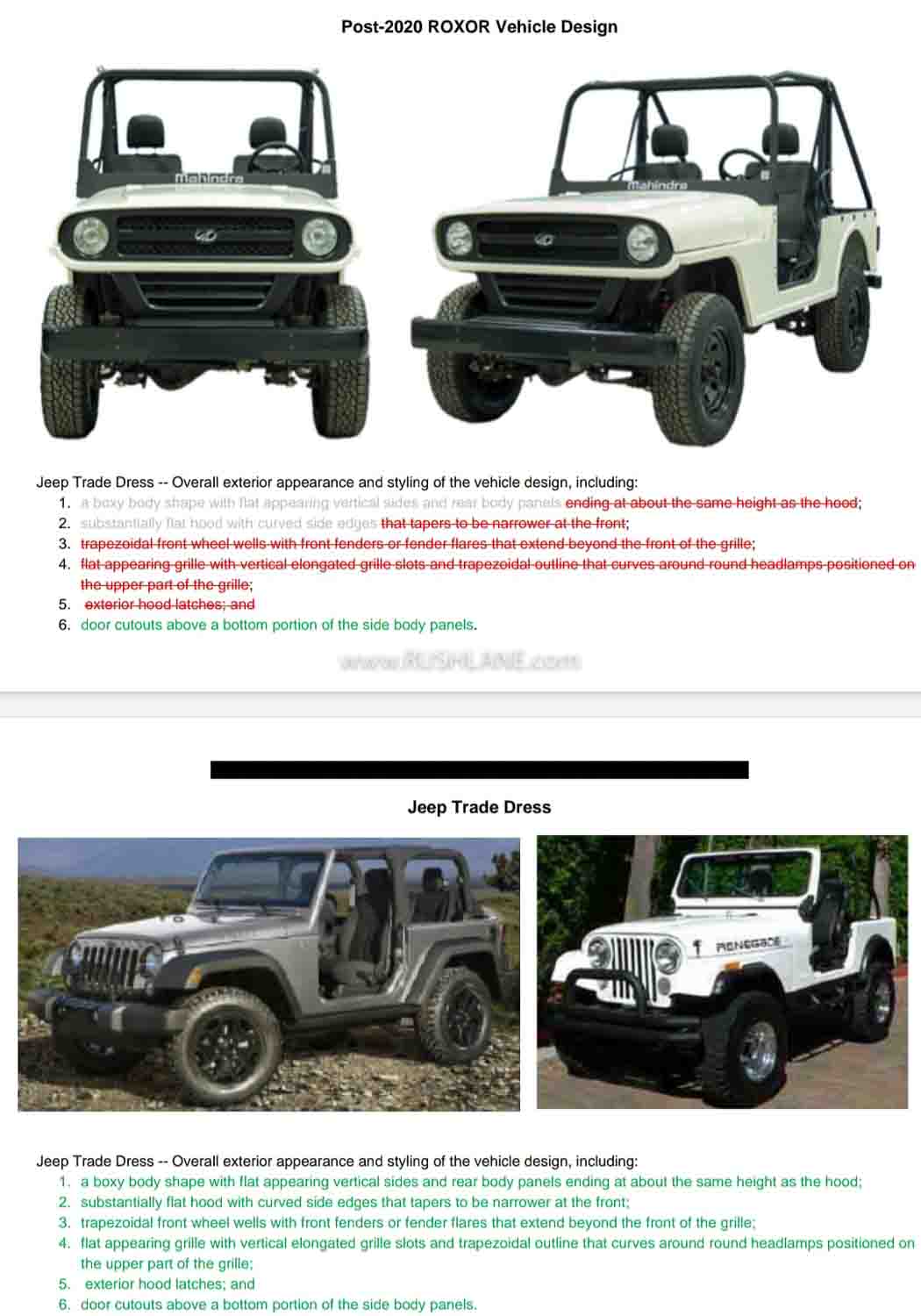