RUSHLANEDAILY AUTO NEWS
HomeCar NewsWhere can I get HSRP? Well, of course at the dealership from...

As of January 1, 2019, all motor vehicles will be fitted with tamper-proof high-security registration plates (HSRP). Dealers can affix such plates, supplied by the vehicle manufacturers, on old vehicle too, after placing the registration mark.

Ministry of Road Transport and Highways (MoRTH) made the amendment proposal on April 10, 2018. G.S.R. 356(E).—The following draft of certain rules further to amend the Central Motor Vehicles Rules, 1989, which the Central Government proposes to make in exercise the powers conferred by section 110 the Motor Vehicles Act, 1988 (59 of 1988), is hereby published as required by sub-section (1) of section 212 of the said Act for information of all persons likely to be affected thereby and notice is hereby given that the said draft rules will be taken into consideration after the expiry of thirty days from the date on which the copies of this notification as published in the Gazette of India, are made available to the public. 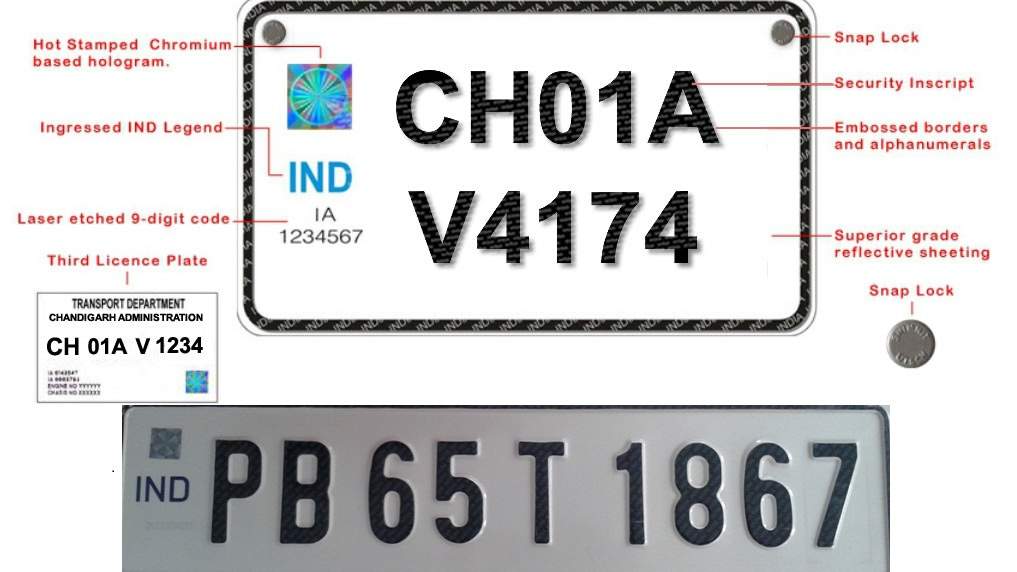 2. The objections or suggestions which may be received from any person with respect to the said draft rules before the expiry of the period aforesaid will be considered by the Central Government;

3. Objections and suggestions to these draft rules, if any, may be sent to the Joint Secretary (Transport),email: js-tpt@gov.in,Ministry of Road Transport and Highways, Transport Bhawan, Parliament Street, New Delhi-110 001, by May 10, 2018.

High-security registration plates though proposed years earlier are yet to be implemented uniformly across states. Now, with a set deadline for HSRP to be a norm, one can soon expect vehicles to be fitted with HSRP. The cost entailed will be included as part of buying price.

In the current system, number plates are procured by designated bodies from approved agencies (district-level Regional Transport Office (RTO). Under HSRP, manufacturers will dispatch plates and vehicles. Embossing will be carried out later.

With HSRP being implemented, the plates/registration will have 15 years guarantee. At present, there are a limited number of approved HSRP manufacturers who rule the market. HSRP inbuilt security measures include a tamper-proof self-destructive sticker with vehicle engine and chassis number. As such, replicating will be difficult, and trying to steal them will cause breakage.