While the Svartpilen is an urban tourer, the Vitpilen is termed as a cafe racer

Swedish motorcycle brand Husqvarna set foot in India with the launch of its naked twins- Svratpilen 250 and Vitpilen 250. A couple of months earlier, we reported that Husqvarna will now launch their naked twins with upgraded engines in the form of Svartpilen 401 and Vitpilen 401.

Recently, one of the twins was spotted testing outside Pune by automotive enthusiast Padmasinh Patil. It is to be noted that Husqvarna is a subsidiary of Austrian motorcycle brand KTM and both are manufactured at Bajaj Auto’s facility in Chakan near Pune in Maharashtra.

Like their 250 siblings, the 401 Twins will also share its powertrains with its KTM Duke counterpart. Svartpilen 401 and Vitpilen 401 will borrow the same 373.2 cc single-cylinder cooled DOHC engine from Duke 390.

This motor produces 44 PS of power and 37.5 Nm of peak torque and is paired to a six-speed gearbox. This engine is known for its high compression ratio which results in such impressive output figures. The same unit is also employed in Bajaj Dominar 400. The test mule spotted, had Husqvarna badging on its right side and KTM badging on its left side. 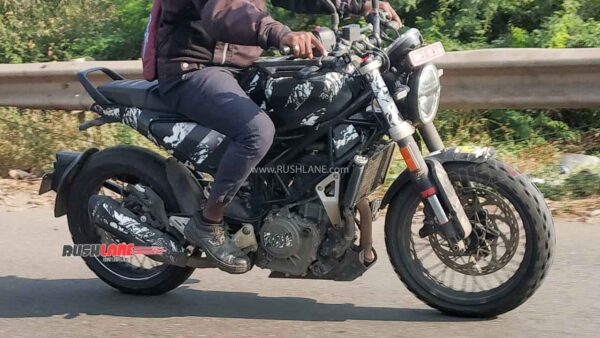 Coming to the test mule spied, it is difficult to predict exactly which model it is- Svartpilen or Vitpilen since it is wrapped in heavy camouflage. It is anyways difficult to differentiate between the two in terms of design. While Svartpilen is termed as an urban scrambler, the Vitpilen is looked on more as a cafe racer. The 401 twins will also share their underpinnings with 390 Duke.

Huskies 401 are expected to borrow major functional components from its KTM counterpart. While the Huskies serve as a more stylish option, the KTM Duke is a more racy motorcycle. Several mechanical parts like- suspension units- USD forks at front and adjustable mono-shock at rear; trellis frame structure and brakes are expected to be carried forward from Duke 390. 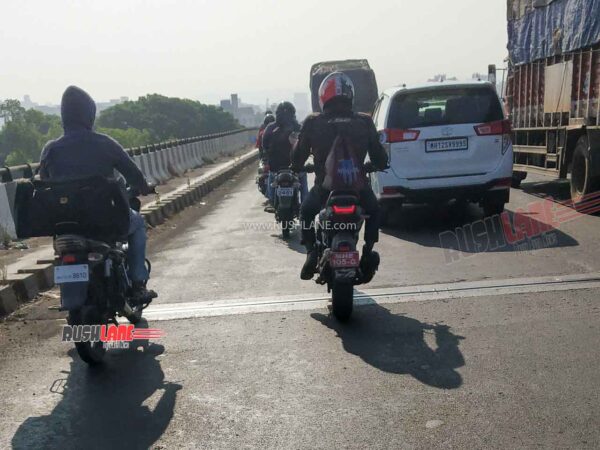 Although the Indian-spec Huskies 401 are likely to sport some additional attributes to distinguish itself from its European-spec model. For instance, the India-spec model is expected to ditch spoked wheels available in Europe for alloy rims. Additionally, pillion grab rails will be installed to comply with the safety norms set by the Indian Government. 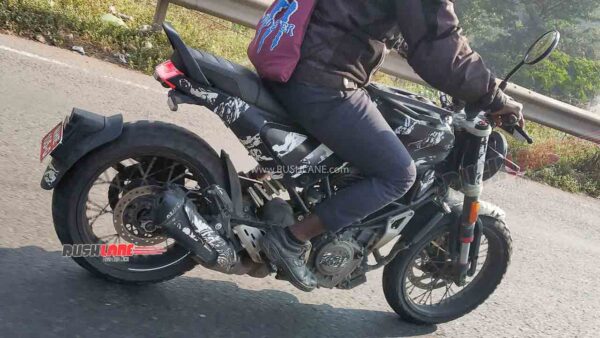 In terms of features, standard features such as an all-LED lighting setup, ABS from Bosch and a fully digital instrument cluster is set to be carried forward from the 250 Twins. Svartpilen has been built as an urban explorer, it is set to be equipped with dual-purpose tyres. On the other hand, Vitpilen has been developed as a cafe racer with road-biased tyres.

The 401 Huskies were expected to hit showrooms towards the end of this year. However, it now seems unlikely and is expected to be launched early next year. One expects the 401 Husky Twins to be priced around Rs 20,000 lower than KTM 390 Duke which is offered at a price of Rs 2.58 lakh. Apart from their Austrian cousin, 401 Huskies will also lock horns with Bajaj Dominar 400, BMW G310R. Husqvarna sales in India are at about 700 units per month, while exports are at about 1,000 units.