Bajaj and KTM joined hands back in 2007. At that time, sales of KTM were on the decline, whereas Bajaj was no where to be seen on the world map. Fast forward 10 years, and the duo is now an example for manufacturers the world over. Bajaj and KTM has helped each other and together, they are making waves in the motorcycle industry.

Riding on these waves, the partnership is all set to launch a new range of entry level Husqvarna motorcycles. The first batch of Vitpilen 401 and Svartpilen 401 will be manufactured at KTM plant in Mattighofen, Austria, where they are to be launched next month. In India, these bikes will be launched by Q3 2018. 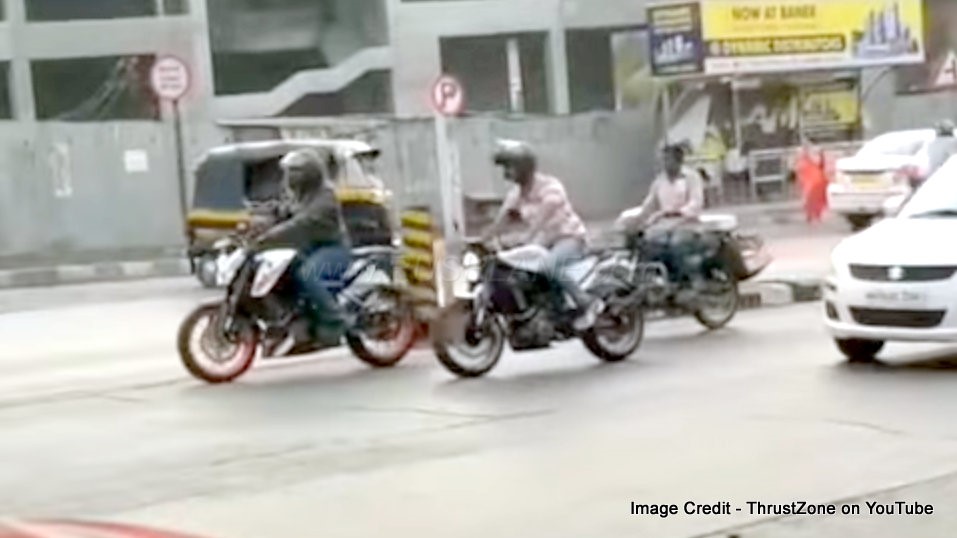 Both these bikes were spied on test recently by ThrustZone. The bikes you seen in the images are most likely imported from Austria. Completely undisguised, the two new bikes, Vitpilen 401 and Svartpilen 401 have already managed to create decent enough buzz in the segment.

Both bikes are built on the same platform as the KTM Duke 390. It is also powered by the same 373 cc engine which powers the Duke 390. This engine might be tuned slightly to deliver power and torque differently as compared to D390. More details will only be revealed once the bikes are launched. Based on the globally successful KTM Duke 390, Vitpilen 401 and Svartpilen 401 production will shift to India by end 2018. It will be manufactured at the Bajaj plant where the KTMs are made. It is from here that these two bikes will be exported around the world.

At the time of announcing Husqvarna’s India production plans, Bajaj – KTM had made two important points. The first part of this announcement is increase in production of KTM branded motorcycles from India. Earlier, Bajaj KTM had aimed at producing 1 lakh motorcycles of KTM brand in India.

Now, the brand has revealed that a total of 2 lakh motorcycles will be produced in 2020. Second part of the announcement – The 2 lakh volume will be possible because Bajaj will also produce Husqvarna branded motorcycles at their state of the art plant in Chakan – the same plant where they produce the Duke 125, 200, 250, 390, RC 125, 200, 250 and 390 models.