Hyundai is all set to enter the highly competitive sub-4 metre SUV segment later this year. It has been testing its Styx/Leonis SUV on roads (both Indian and Global) since quite some time and recently the compact SUV has been spotted testing on Delhi-NCR roads. In the past, most Indian spy-shots were restricted from in and around Chennai (location of Hyundai’s plant). Out-station testing suggests that the car is getting closer to production!

The upcoming SUV is based upon Hyundai’s Carlino concept which was displayed at the 2016 Auto Expo. As far as position in Hyundai’s line-up is concerned, it will sit below the Creta and thus become Hyundai’s entry-level SUV offering! 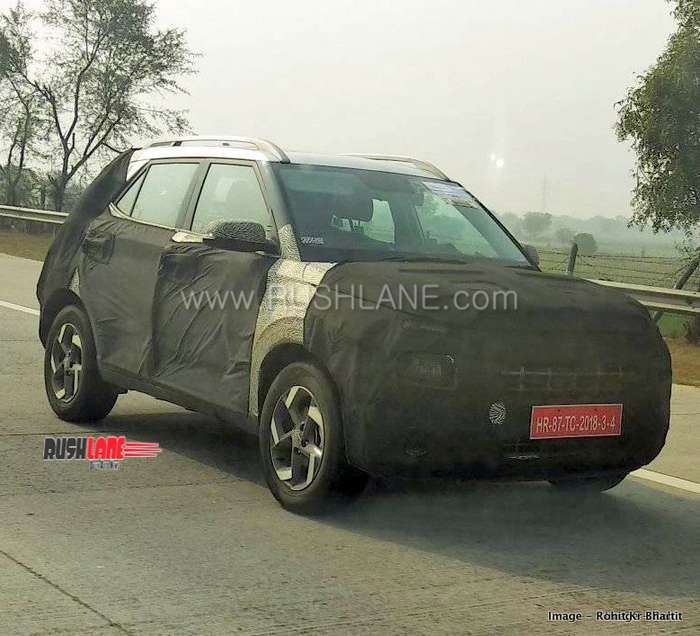 In terms of looks, it will wear Hyundai’s cascading grille at the front. Lighting department will share inspiration from the new Santa Fe and Kona, i.e. LED DRLs will be placed at the hood while projector headlamps will be available in the lower section. The industry seems to have caught on this trend as even other recent models like Tata Harrier have a similar setup.

Though there is no official confirmation, industry speculation suggests that there will be 2 engines on offer, a 3-cylinder 1 litre turbo petrol motor and a 1.5 litre turbocharged diesel unit. Once launched, it will also be the debut of the turbocharged petrol engine (118hp/171 Nm) in the country. The 1.5-litre diesel unit (115hp/250 Nm) too will also be new and it is expected to replace the current 1.6 litre diesel unit from Hyundai’s line-up. 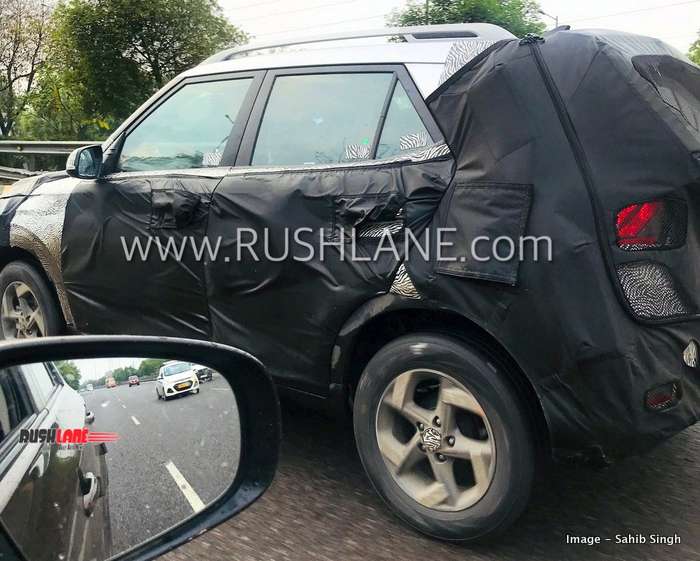 An Automatic option is not expected however an AMT might be offered right from the launch. As the compact SUV is expected to be launched in the upcoming 2-3 months, Hyundai will most probably bring in engines which will be BS-IV emission norms compliant, and Hyundai will be able to upgrade them swiftly to BS-VI norms next year. Hyundai is known to provide a class-leading feature-list, however, it will be interesting to see it compete with the XUV300 in this regard, this time around.

Prices are expected to start at around the Rs 7-8 lakh mark. Once launched, the compact SUV will face competition from Maruti Brezza, Tata Nexon, Mahindra XUV300 and Ford EcoSport.