Hyundai Carlino Styx, a much awaited, sub compact SUV, will be making its global debut at the New York International Auto Show on 17th April 2019. It was showcased as the Carlino concept at the 2016 Auto Expo, and is most likely going to be called Styx upon launch. The compact SUV has been spotted on test in Europe, America, in South Korea, and in India. This does confirm that it is a global SUV.

In India, the Carlino Styx SUV has been recently spied testing on the Noida expressway in Delhi NCR by Sahib Singh. These new images, reveal the LED tail lamp design of the upcoming Hyundai SUV for the first time. It is unlike any other Hyundai car seen till date. 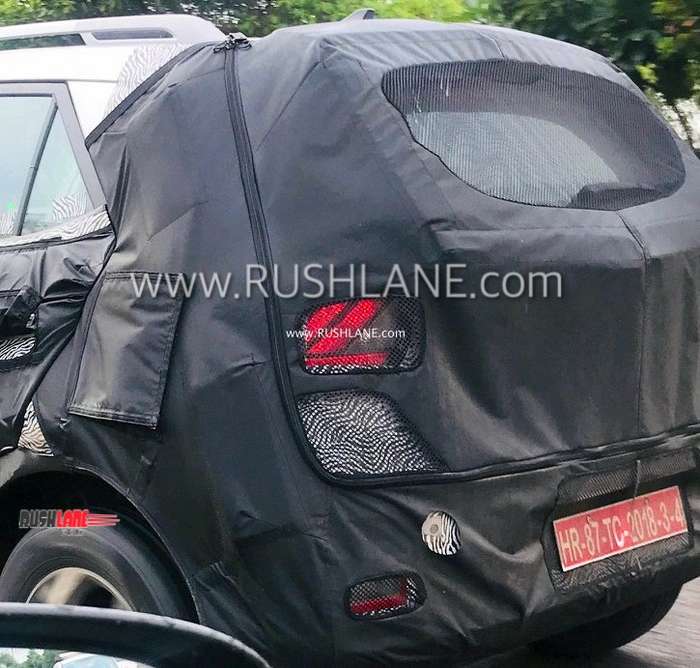 Hyundai Styx, when launched in India sometime later this year, will come in with a distinctive Hyundai family design. It will be based on a new global platform, on which the new gen Creta, i20, etc will be based. The model on test, though under camouflage, could be noted with a Creta like stance. It will receive a hexagonal front grille flanked by sleek headlamps as seen on the new gen Santa Fe in a two tier unit, with LED DRLs on top.

Its 5 seater cabin will get an all black color scheme, bolstered seating, a large 8.0” touchscreen infotainment system and a slew of safety features with 7 airbags, ABS, EBD, Hill Hold and Hill Descent. In India, the Styx could get some segment first features and will be priced competitively so as to attract the attention of buyers in this highly competitive segment. 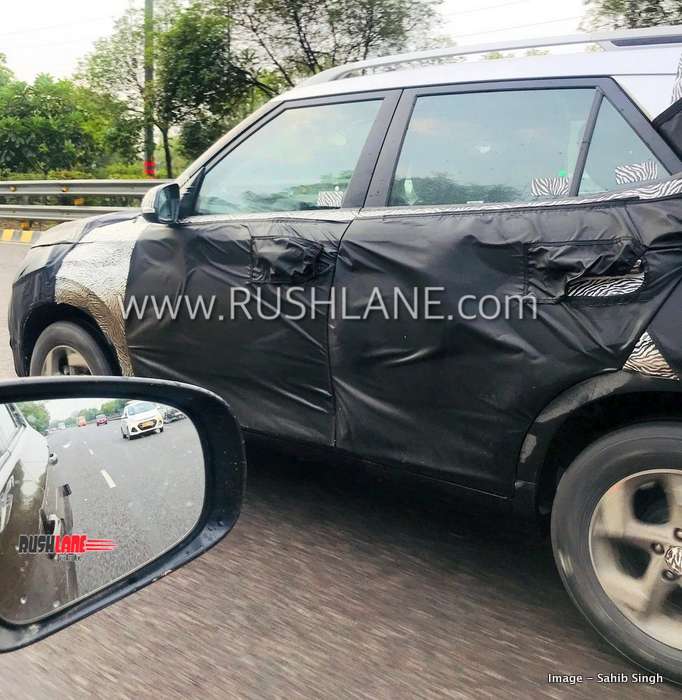 Hyundai Carlino Styx engine specs have not yet been detailed but it would receive both petrol and diesel engine options. Hyundai could offer the 1.2 liter turbocharged petrol engine making around 115 bhp power and a 1.5 liter diesel engine also producing 115 bhp power.

Both manual as well as automatic transmission options will be on offer. Hyundai Carlino Styx will be launched in a segment which currently registers about 35k-40k sales every month in India. It is a lucrative, as well as highly competitive segment, which is currently ruled by Maruti Brezza, followed by Tata Nexon. Soon, Mahindra XUV300 will enter this segment.