Hyundai Creta vs Venue in photos – Front, rear, side compared 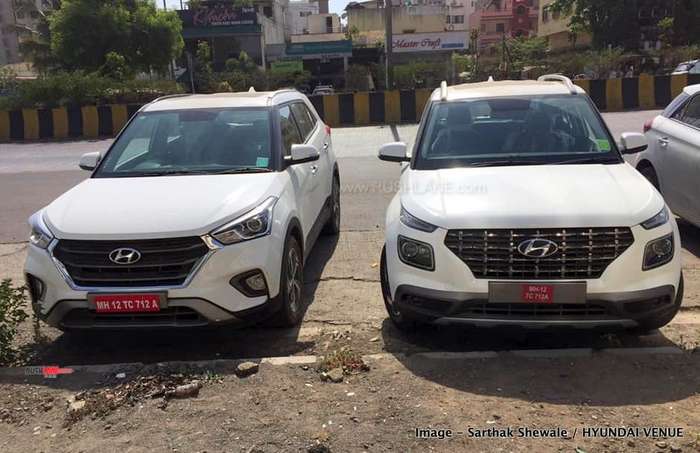 Ever since the compact SUV space in India became a segment, it’s seen the launch of vehicles that have enjoyed initial success, and long-term growth. And while Ford Ecosport sales have now dwindled, initial response ensured the compact SUV was the brand’s bestseller for months. In 2016 Maruti Brezza was launched, and has since dominated the segment in terms of sales.

Tata Nexon launch in 2017 provided a much needed shot in the arm for the Indian auto manufacturer, and quite immediately helped improve overall monthly sales. Earlier this year, Mahindra XUV300 was launched and has in the last three months enjoyed strong sales. This however wasn’t Mahindra’s first attempt at a compact SUV considering there’s been the Quanto, KUV100, and TUV300. The Honda WRV too shares this space.

With growth in the compact SUV segment being widely eyed, it comes as no surprise that Hyundai wouldn’t want to grab some of the segment for itself. The Hyundai Venue compact SUV will be that car to try and make a space for itself in a highly competitive segment. Launched at a staggering price of just Rs 6.5 lakhs, the baby Creta has crossed record booking number of 20,000 units. 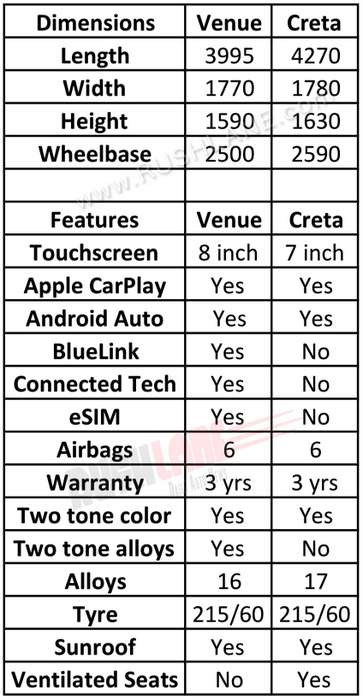 The compact SUV segment already posts about 25k – 26k units a month, and with the entry of Venue, the segment will further widen. In fact, HMIL isn’t just eyeing a fair share in the compact SUV pie, but hopes Venue sales will also bolster its overall reputation when it comes to SUV sales. The company already sells Hyundai Creta in India. Hyundai sells 10k units of Creta every month. And they are targeting to sell 10k units of Venue every month. The company now looks forward to 20k unit sales for its SUV offerings every month. 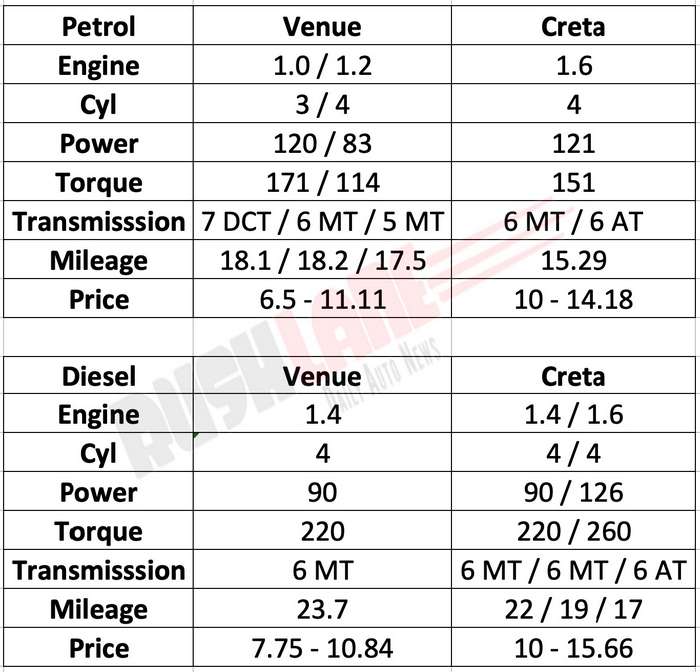 But of course they’re not essentially the same car. In fact, as the future of cars changes, the new Venue platform could underpin next gen hatchbacks i10, and Grand i10. Hyundai has priced the Venue very aggressively. This could result in an i20 customer getting attracted to the Venue. But it is less likely possible for a Creta customer to get attracted to the Venue.

Over the years, Hyundai have increased prices of Creta, which is enough to make sure that it is in a completely different segment, and price range as compared to the Venue. A Hyundai Creta customer will not likely be interested in Venue, mostly because of the size. Whereas a Venue customer might not be interested in Creta due to possible reasons like money, size, DCT gearbox, etc. But interestingly, a Mahindra XUV300 top variant, which costs about Rs 12.5 lakhs, might get interested in Hyundai Creta.