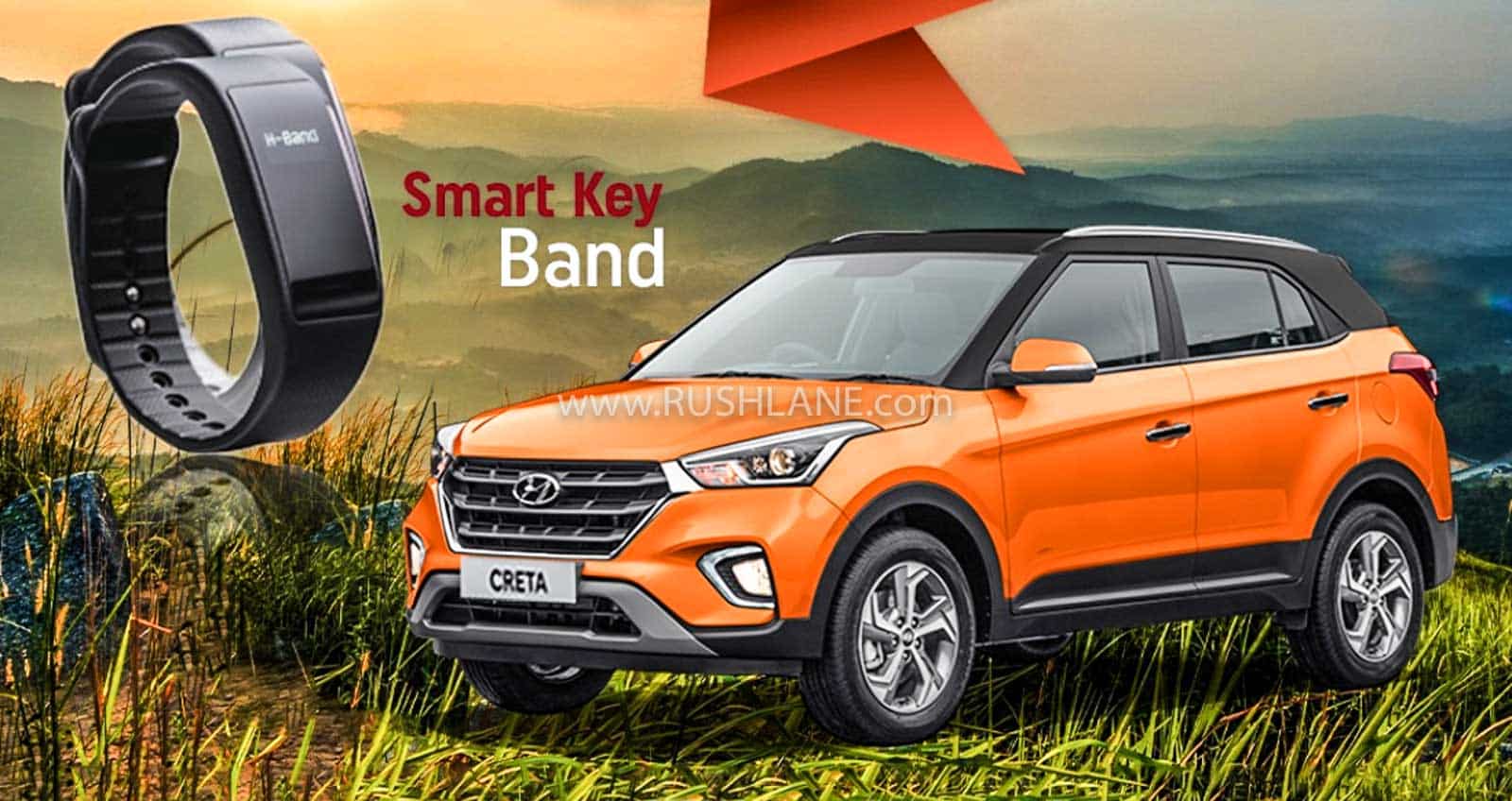 Hyundai has stopped supplying the smart key band that was available with the Creta as a segment-first feature.

Hyundai Creta is easily one of the most popular compact-SUVs (spanning more than four metres in length) in the country. The SUV is currently in its first mid-life update that took place back in 2018 and is awaiting a complete overhaul in a few months’ time.

Out of the major improvements or additions that have happened to the Creta, the introduction of the smart key band is definitely worth a mention. Now, we have received confirmation that the smart key unit has been taken off from the compact-SUV’s equipment list, from the start of the year.

Essentially a desirable addition rather than a necessity, the smart key band was a first-in-segment feature that let the users lock/unlock the Creta’s doors automatically. One can also use the band for functions such as starting or stopping the engine, opening the tailgate, sleep monitoring, etc.

The band can be connected to a smartphone application as well. The dedicated app measures the steps taken and the amount of calories burnt by the user. Furthermore, basic notifications such as calls, texts, time and alarms make their way to the OLED screen.

The smart key may have been sourced from a separate supplier and it might be re-introduced in the next-generation Creta, as well as other upcoming products from the South Korean automotive brand. It may even come in an improved avatar with more functionalities to play with.

As per reports, engine and powertrain choices would be borrowed from the Kia Seltos and Hyundai might even introduce the proven 1.4-litre turbo GDi petrol engine that comes in the Seltos’s GT-Line. All the engine choices available with the Kia Seltos were BS6-compliant right from its launch back in August 2019.

Once launched, the Hyundai Creta’s primary rival will be the Kia Seltos itself, which managed to become an instant success and absorb a large chunk of the Creta’s market. If Hyundai gets the pricing right, the Creta could easily overshadow the Seltos, and once again become the best selling SUV in the segment.