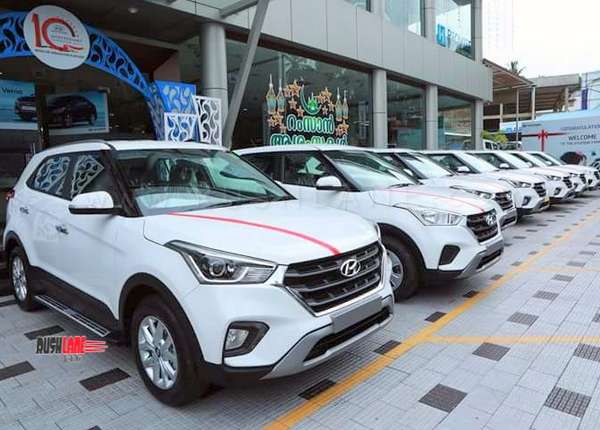 Venue has been consistently performing well in sales. Since launch in May, average monthly sales have been in the region of 9k units. Recently, Hyundai announced that Venue bookings have crossed 50k, making it the fastest Hyundai car to reach 50,000 bookings (in just 60 days).

Surprisingly, Creta sales have declined by a huge margin of 36.82% for the month of July 2019, when the SUV registered sales of 6,585 units. This is the lowest sales registered by Hyundai Creta in over 2 years. Last time Creta registered sales lower than 6,585 units was in June 2017, when the sales were at 6,436 units.

Creta is a car whose demand has never declined since launch in 2019. This Hyundai SUV has the record of not being offered at a discount or any kind of benefit since launch. So this huge decline comes as a surprise. Apart from overall decline in auto industry performance, Venue could also be the reason behind such huge decline in sales of Creta. New gen 2020 Creta is expected to launch by April 2020 in India. It has already been unveiled in China.

Santro sales for the month stood at 5,309 units, taking the 4th spot on the table. This was followed by Grand i10 with 5,081 units on the 5th spot. Grand i10 is another Hyundai which registered huge decline in sales. Decline was at 53%.

Later this month, on 20th August, Hyundai will launch the new generation Grand i10. It is based on new platform, and will come with BS6 petrol and diesel engine option. With launch so near, sales of current Grand i10 have declined drastically.

Verna sales were at 1,890 units while that of Xcent were at 1,430 units. Along with new Grand i10, Hyundai is also planning to launch the new Xcent. Elantra took the 8th spot with 54 units sold, while Tucson followed with 47 units sold in July 2019. Hyundai’s first electric car for India, Kona registered sales of 17 units for the month.