Hyundai Grand i10 NIOS CNG bookings open ahead of launch

In line to get factory fitted CNG now is Hyundai Grand i10 Nios. Bookings have opened at dealerships. Once launched, one can choose from Grand i10 NIOS 1.2 MT CNG Magna or CNG Sportz. Both variants will be available in metallic and non-metallic colours. 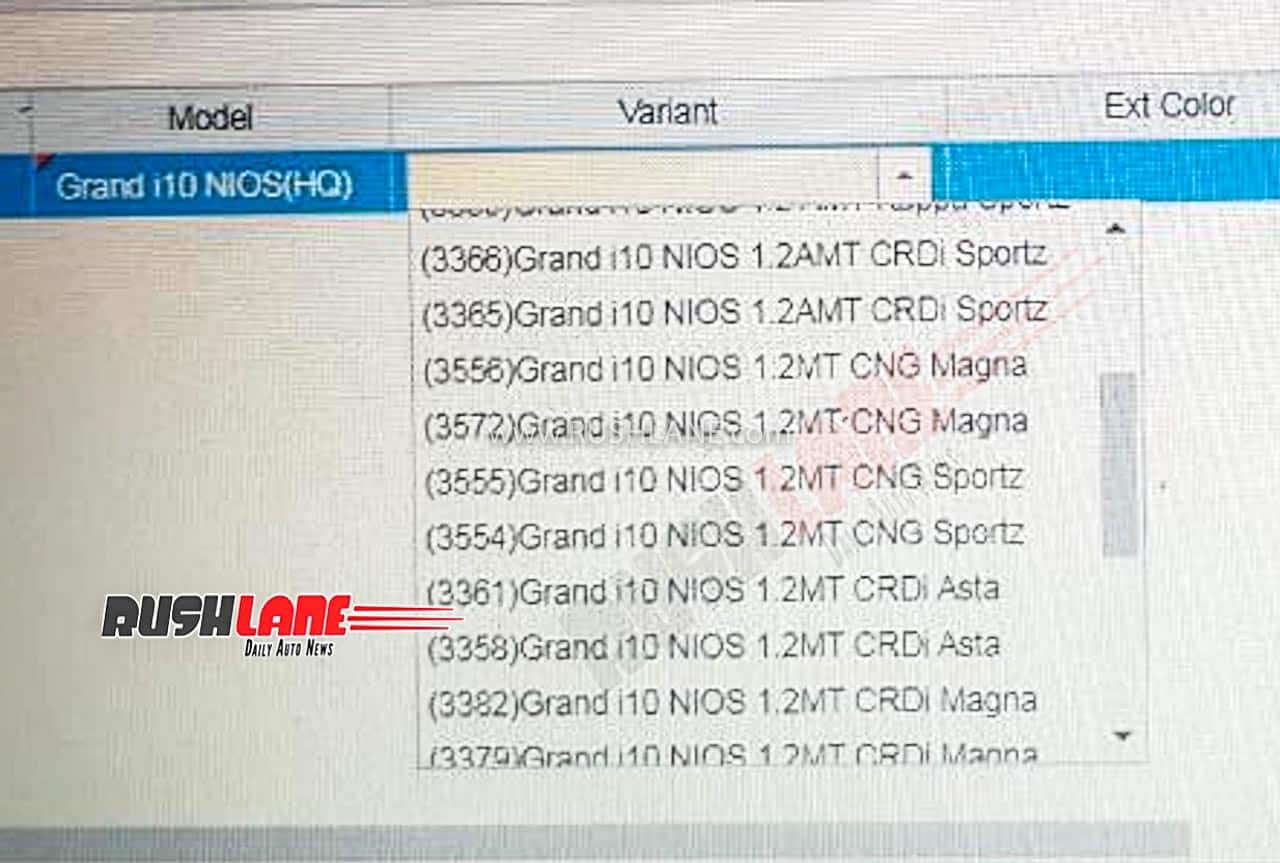 New Hyundai Grand i10 Nios was launched late in August 2019. At the time of launch magna MT petrol was launched at a price of Rs 5.85 lakhs, and Sportz petrol MT at Rs 6.38 lakhs. As on date, that price is up by about 5k for both models. Expect the Grand i10 NIOS CNG variants at a price higher by upto 80-90k. The same platform underpins both Grand i10 Nios and the recently launched Aura. The duo also share engine options, features, parts, etc.

Getting more CNG vehicles onboard bodes well for Hyundai Motor India. The company has for long settled as the country’s second best performer when it comes to sales. Maruti Suzuki, which leads from the front already has a range of factory fitted CNG vehicles. The most recent launch were the Maruti Alto CNG BSVI models for Lxi and Lxi (O) variants. The vehicles are priced at 4,32,700 and 4,36,300, respectively.

For Hyundai Motor India to be able to maintain its position as major competitor to MSIL, the manufacturer could benefit from a wider range of CNG vehicles. The availability of a factory fitted CNG option is attractive to customers who find CNG to be a convenience. With sustainable and alternate fuels being a major focus in recent years, CNG is already at the forefront compared to newer alternate fuel options, which are yet to gather steam.

In 5 months, Nios sales have contributed over 40 percent of total Grand i10 sales for 2019, and is a successor to Grand i10. There’s no talk of the Grand i10 being discontinued, so for now, both vehicles continue to be sold together. Top variants of Grand i10 have been discontinued though.

Following Nios CNG launch, there’s talk of a Nios Turbo launch. The 1.0l petrol MT engine in question, is already featured in Venue and Aura. On board the Venue, Hyundai claims that over 85% of their petrol option buyers, are going for the Turbo variant. This has resulted in the company launching the turbo engine option in the Aura, and soon in the NIOS.