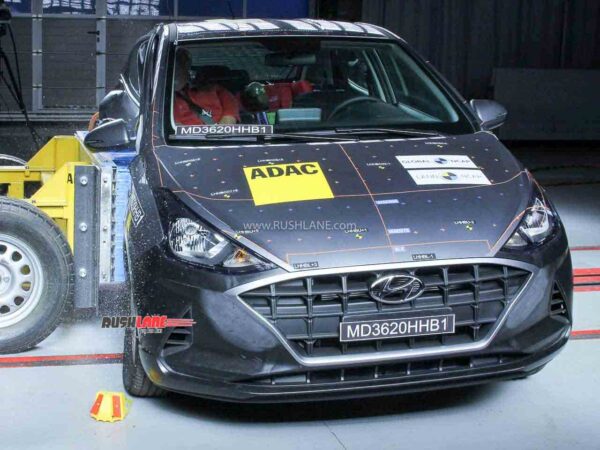 NCAP scores are usually considered sacrosanct. Once a rating is given for a particular model, very rarely have we seen the authorities testing another unit of the same model in the near future. However, latest test results from the Latin NCAP are relatively shocking.

Latin NCAP, which tests vehicles for the South American market and the Caribbean, recently conducted a fresh test on the new gen Hyundai HB20 and landed up downgrading the safety rating of the hatchback. In the latest test conducted by Latin NCAP, Hyundai’s HB 20 has received just a single star rating. What is surprising is that the same vehicle had offered better protection to its internal occupants in a previous test of the same model.

Hyundai HB 20 is not the same as the i20 sold in India, or the new gen i20 which is expected to be launched soon here. HB 20 is a similar sized car which is made in Brazil. HB stands for Hyundai Brazil. It is one of the best selling car in Brazil. Below is the latest crash test video of HB 20.

As per the NCAP testing protocols, Latin NCAP can test any vehicle from the OEM at any given point of time. Latin NCAP performed the audit test on the HB 20, which included the side impact test.

During the side-impact test, the adult dummy’s chest offered a poor protection (red colour) rating and presented values which are higher than the biomechanical limit allowed by the Latin NCAP. As per the Latin NCAP 2016-19 protocols, if any critical area of the body lands up getting highlighted with red colour limits, the authorities land up providing nothing more than a one star rating. 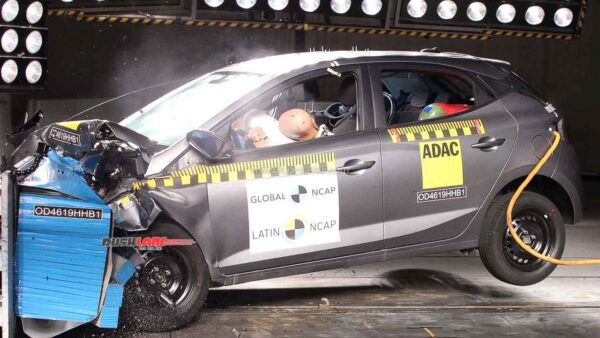 What Latin NCAP has got to say?

The results are clearly shocking and the same can be sensed from NCAP’s statement too. When asked regarding Hyundai HB20’s performance, NCAP’s official statement included, “It is surprising and disappointing that a manufacturer like Hyundai, a leader in safety in global markets, is characterized by poor safety performance in Latin America. The HB20 is a direct competitor to the New Chevrolet Onix, whose original model is the best-selling model in Brazil. The New Onix offers better performance, five stars for adult and child occupant protection, six airbags, Electronic Stability Control and pedestrian protection as standard safety equipment.

It is possible to produce popular five-star vehicles in Brazil, so Brazilians should question Hyundai about why they are being treated as second-class citizens, while other manufacturers like Chevrolet offer Latin Americans the same basic security as customers in other global markets.”

It is interesting to see how the Latin NCAP is urging Brazilians to question Hyundai, for downgrading the safety of HB 20. India does not have its own NCAP yet. Global NCAP tests Indian cars from time to time. Mahindra and Tata have shown improvement in safety while other top car makers refuse to send their cars to Global NCAP for safety test.