Owner of Mukesh Hyundai, Rishabh Himatsingka has been arrested by Additional Deputy Commissioner of Police, Amitabh Basumatary. He was picked up from Dichang Resort in Sonapur on Sunday and was charged for assaulting one of his employees.

Himatsingka allegedly assaulted Kamal Das at the Mukesh Hyundai showroom in Ganeshguri on July 5, 2018. Das was seen holding his ears while all other employees of the showroom were seen cutting a cake and celebrating. 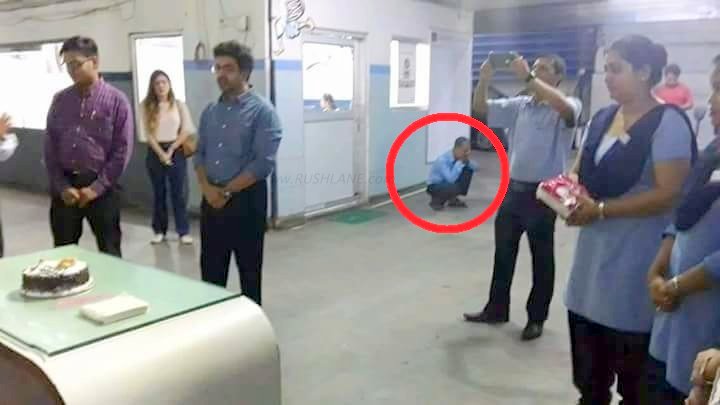 The above photo went viral on social media. Himatsingka also dragged Das by his shirt and ordered him to kneel down in front of the other employees causing him much distress and humiliation. Das’ crime for such treatment was that he failed to maintain the stock register. 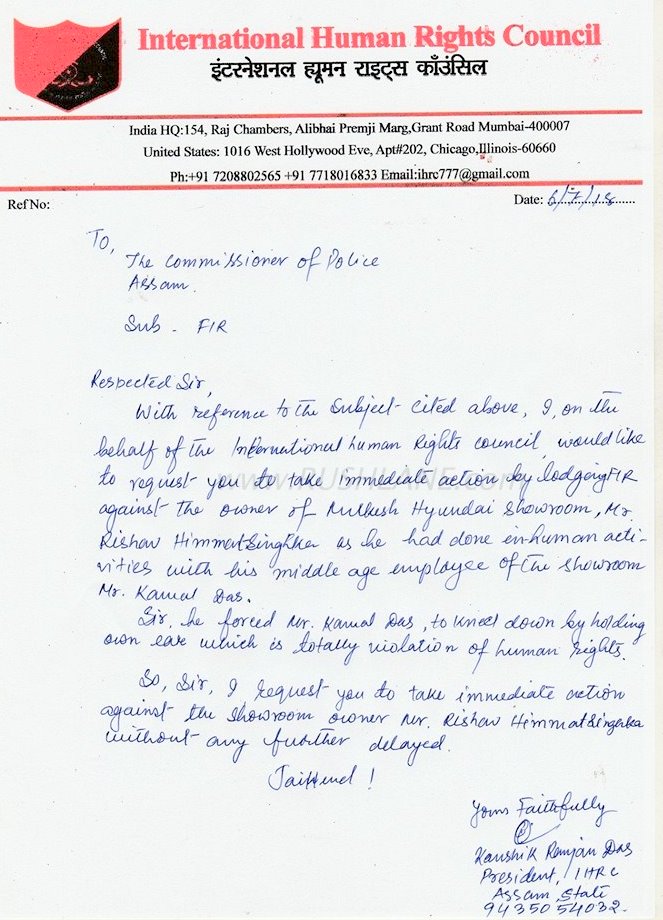 Even as Himatshingka has been arrested and subjected to 14 days judicial custody, two cases have been lodged against him under sections 504 – Intentional insult with intent to provoke breach of peace, 342 – Punishment for wrongful confinement, 325 – Punishment for voluntarily causing grievous hurt and 500 – Punishment for defamation under the Indian Penal Code (IPC).

Nitin also announced a salary increment and promotion to the victim and stated that no action will be taken against any of the other employees who were agitating on his behalf.