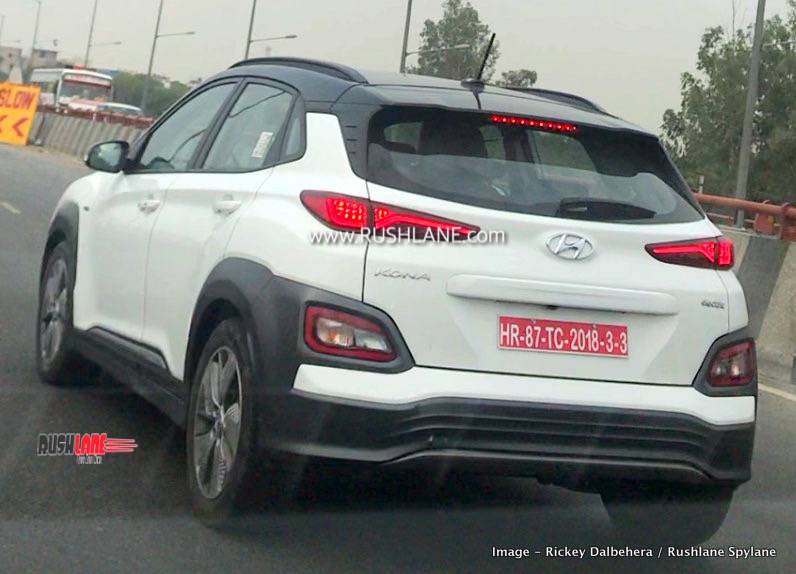 Hyundai Motors India Limited gears up for the launch of the new Kona electric SUV, which will take place on the 9th of July. Ahead of official launch, the SUV has been spied on test in Delhi NCR. Spy images were posted to Rushlane Spylane by automotive enthusiast Rickey Dalbehera.

In the first phase, Hyundai Kona will be limited to just 1,000 units in India. Though the company states, numbers could be increased as per demand. It will come in as a CKD to be assembled at the Hyundai plant in Chennai while the company seeks local components so as to keep price aggressive

In international markets, the Kona is offered in two trims – Electric and Electric Lite. The Kona Electric is powered by a 64 kWh lithium ion battery offering peak power of 201.2 bhp and 390 Nm torque offering a driving range of 482 kms per charge. 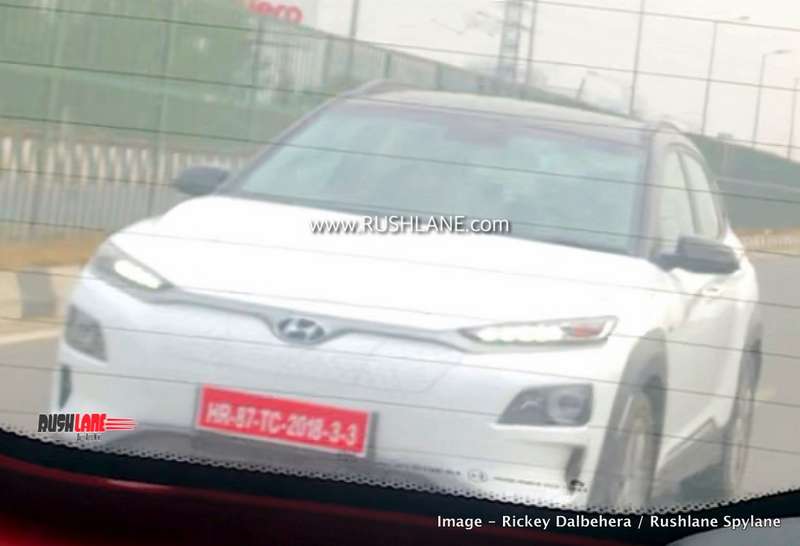 Kona Electric Lite is powered by a 39.2 kWh lithium ion battery offering 134.13 bhp power and 395 Nm torque with a driving range of 312 kms on a single charge. It is probably this variant that will make its way to India. The battery can be charged in a matter of 6 hours while the larger battery takes upto 9 hours for a complete charge. Via a 100 kW DC fast charger, charging is done upto 80 percent in 54 minutes. Expect prices to be in the range of Rs 20-25 lakhs.

It will get all the modern tech and safety features like touchscreen system compatible with Apple Carplay and Android Auto, steering mounted controls, music system, comfortable seats with powered controls, panoramic sunroof, etc.

Hyundai is not the only one working towards launching an electric car in recent time. MG Motor is all set to launch the eZS electric SUV later this year, which it will follow up with a sub Rs 10 lakh EV. Tata Motors has also confirmed that an electric variant of the Tigor, Tiago and Altroz will be reaching showrooms in few months.

Country’s largest automaker, Maruti Suzuki too has been testing its electric WagonR regularly, which too shall come in the market in some time. Mahindra, which happens to be the only electric vehicle manufacturer has also confirmed that it will be launching 2 new products in its EV range, the all-electric KUV100 and an electric XUV300.

If you were to ask about the EV revolution in the Indian market, we guess, with such kind of investment pouring in from all directions, the day isn’t that far away!