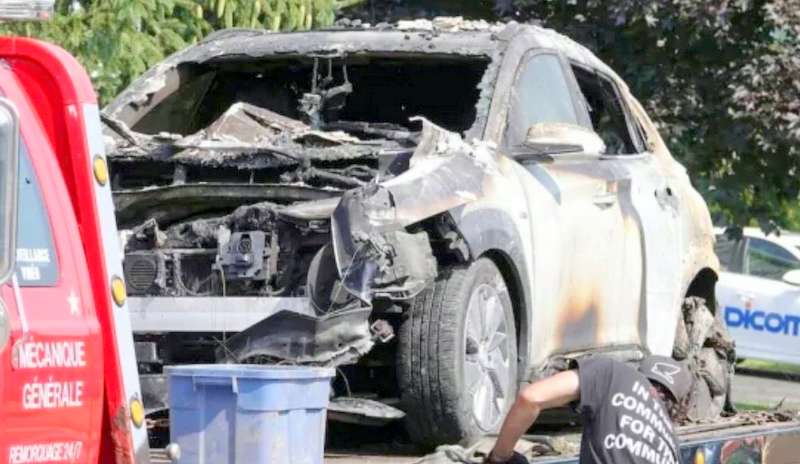 Montreal firefighters are investigating an electric car fire incident which occurred on Friday afternoon. Piero Cosentino, the homeowner had bought the Hyundai Kona electric in March 2019.

As per local media, as soon as he saw black smoke emanating from the garage, he turned off the breaker. He also said the car wasn’t being charged at the time. In fact, it wasn’t even plugged in.

The intensity of the explosion caused the garage door to be ripped off before being hurtled across the street. Part of the garage roof was destroyed in the explosion, as were walls. With power from lithium ion batteries, their flammable nature is a given. In addition, managing a battery fire is difficult, and extinguishing it could take time. In an EV, there can be overheating in extreme temperatures. 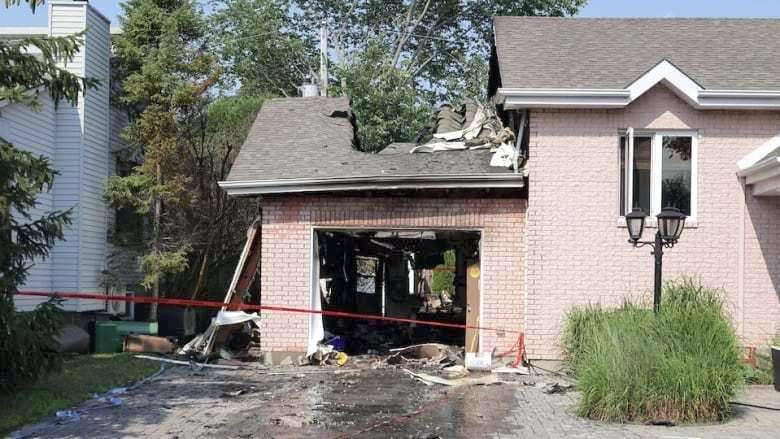 Both Consentino, and his neighbour weren’t permitted to enter their homes immediately. Tis was to check if the structural integrity of their homes was compromised following the explosion. About 30 firefighters got to work quick enough to prevent the fire from spreading. At the time, nothing else was identified in the area to have caused such a blast. Hyundai officials are looking into the incident and are expected to share more updates soon.

In Europe, Kona Electric in 39.2kWh spec lists a AER combined drive range of 289 kilometres (180 miles). AER of Kona Electric 64kWh is listed at 449 kilometres (279 miles). In India, the company has launched only the 39.2KWh Kona electric. However, the drive range is at a peak 452 km range. This is attributed to varying test methods in various countries, and India, has its own driving certification. Price of Hyundai Kona Electric in India is Rs 25.3 lakhs.

Indian test requirements are based on an easy driving cycle. Global WLTP tests emulate real life simulations. Also, India being a tropical country has warm temperatures, which are favourable to battery powered cars. It equates to more range as battery power doesn’t drain too quickly, as in colder temperatures.