Hyundai Kona Electric Recalled in US and Korea over Battery Fires 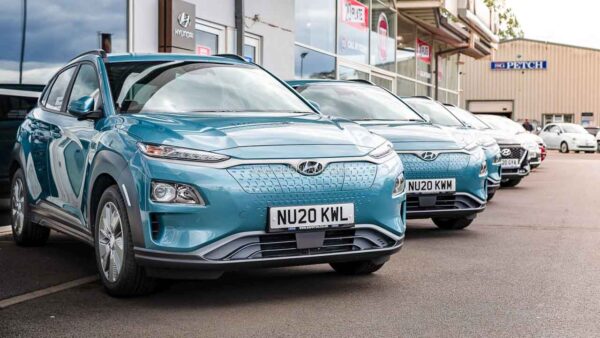 Incidents of electric cars catching fire are more common than they should be. The temperature dependence of battery packs, dynamically varying load demand, complex chemicals and several other factors make the battery and other electrical and electronic systems in a modern day electric car very sensitive and potentially volatile.

While the highly sophisticated battery management system ensures things are kept well within limits, there still are some instances where an EV finds itself in an unfavourable circumstance and before you know it, it’s up in flames.

According to Reuters, South Korea’s transport ministry has issued a statement confirming that Hyundai will voluntarily recall Kona electric in the country over a possible short circuit which could pose a fire risk. It is being reported that neither Hyundai, nor the battery supplier LG Chem were able to ascertain the exact cause of the Kona electric’s reported fire incidents so far.

Worldwide, there have been thirteen reported incidents of fire involving the South Korean electric compact crossover including one each in Canada and Austria. Speaking about the voluntary recall, Hyundai said, it is a “proactive response to a suspected defective production of high-voltage batteries used in the vehicles, which may have contributed to the reported fires.” The OEM added that it will work towards identifying the cause of the fire and address customers’ needs.

Following the announcement in Korea, Hyundai has initiated a filing for voluntary recall process in the US with National Highway Traffic Safety Administration (NHTSA). It is being reported that the recall will cover vehicles manufactured between September 2017 and March 2020. Over 100,000 units of the Hyundai Kona electric have been sold worldwide.

Responding to the potential fire risk, LG Chem stated that the reenactment experiment conducted jointly with Hyundai did not lead to fire and hence it could not be attributed to faulty battery cells. However, the battery giant acknowledged that exact cause of the fire could not be determined. LG also stated that it will actively participate in further investigation with the OEM to identify the actual cause of the fire.

Will there by a worldwide recall including in India?

With the cause not determined, every Hyundai Kona electric on the road across the world should be considered as a potential fire hazard. The company is expected to announce a comprehensive recall program covering all the markets including India in due course. The fix is likely to involve a software upgrade, inspection and replacement, if necessary, of the battery pack.