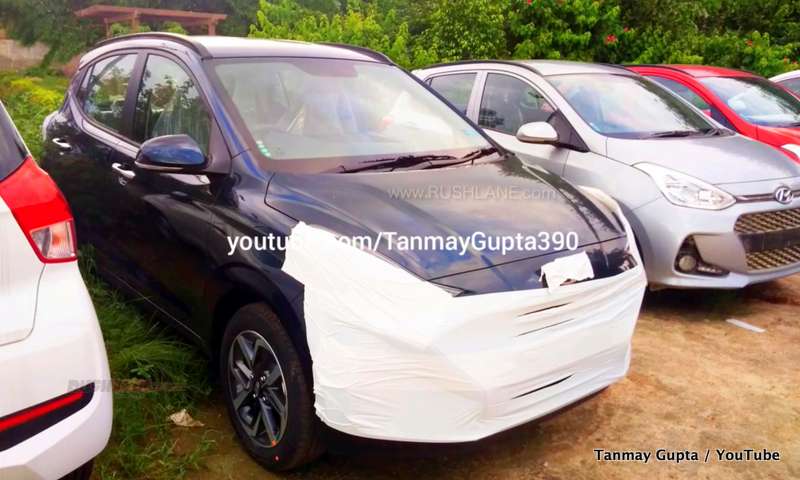 Hyundai Motors India Limited will launch the new NIOS Grand i10 on 20th August 2019. This will be the company’s third launch of an all new vehicle over the past 4 months, starting with the Venue SUV in May and the Kona Electric in July.

Hyundai Nios Grand i10 will be offered in five variants of Era, Magna, Sportz, Sportz Dual Tone and Asta. It will be powered by both petrol and diesel engine options which are BS VI compliant. The Nios will boast of increased dimensions as compared to the existing Grand i10.

Dealer dispatches have commenced and bookings have been opened at a down payment of Rs.11,000. In terms of dimensions, the Grand i10 Nios will measure 3,805mm in length, 1,680mm in width and 1,520mm in height and will get a wheelbase of 2,450mm. This makes the Nios 40mm longer and 20mm wider than the existing Grand i10 while wheelbase is 25mm longer. Below is the first walkaround video of the Hyundai Nios Grand i10, shot by Youtube channel Tanmay Gupta.

It gets a new dashboard design with an 8” touchscreen infotainment system with Hyundai’s BlueLink connectivity suite. Seats get fixed headrests while some design elements are borrowed from the Venue with a new steering wheel design, AC vents and a similar central console design as is seen on the regular Grand i10.

Hyundai Grand i10 Nios will be positioned between the Grand i10 and Elite i20. The company has not yet received price, but estimates put the Nios in a price range between Rs.5.2 to Rs.7.7 lakhs. It will compete with the Maruti Suzuki Swift, Ford Figo, Volkswagen Polo, etc.