The Hyundai Palisade, largest and most luxurious SUV in the automaker’s lineup, is currently available only in LHD configuration but RHD version is being developed for global markets. Traditionally, full-sized SUVs of global OEMs don’t make it to our market but considering that flagship SUV offerings from BMW and Audi are well received, the Palisade could also make its mark.

Tarun Garg, Director – Sales, Service and Marketing, Hyundai India, confirmed that the company is currently assessing the feasibility of launch the Palisade. He added that before a final decision can be taken, the company needs to see which route (CKD or CBU) to take, what kind of volumes to expect and if the market is ready for a Hyundai luxury SUV. If the Palisade receives steady stream of customer enquiries, then the decision making process will be expedited.

The RHD version of Hyundai Palisade SUV would be primarily targeting Australia and South Africa. If Hyundai decides to bring it to India, it could take advantage of the new rule which allows OEMs to sell up to 2,500 units of a CBU model in India without having to undergo homologation process. However, such an approach would invite high import duties compared to adopting local assembly. 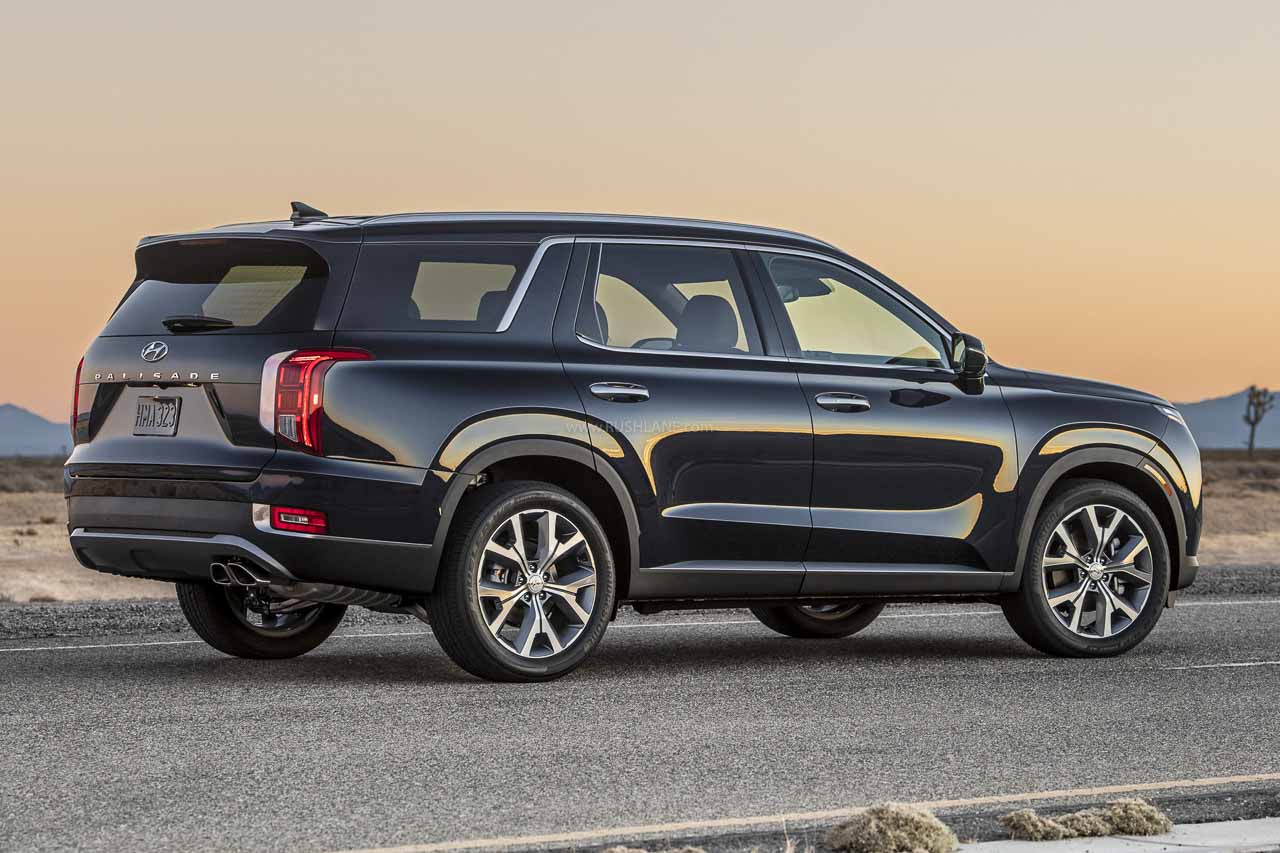 The massive Hyundai Palisade measures 4,980 mm in length, 1,975 mm in width, and 1,750 mm in height with a wheelbase of 2,900 mm. Styling is in line with Hyundai’s latest design language characterized by a bold hexagonal grille, two-part LED headlamps. The modern interior is packed with technologies and is appointed with premium materials.

Powering the mammoth is a 3.8-liter V6 petrol engine which produces 295 hp and 355 Nm of torque. The motor makes the Palisade stand shoulder-to-shoulder with those quintessential American gas guzzlers. In some markets, the Palisade also offers a 2.2-liter diesel motor that is good enough for 202 hp. Both motors are paired with a standard 8-speed automatic transmission and are available with optional four-wheel-drive system.

If launched in India, the Palisade will be the most expensive model in Hyundai’s portfolio. There is one more similar sized car which is planned for India launch later this year, and that is the MG Gloster. In comparison to Palisade, Gloster is 5,005 mm long, 1,932 mm wide, and 1,875 mm tall. It has a wheelbase of 2,950 mm.

On safety front, MG Gloster has scored a 5 star rating in Australia NCAP while Palisade has also scored a 5 star safety rating in US NCAP. Pricing of both SUVs could be in the region of Rs 50-60 lakhs, ex-sh. It would be interesting to see if Indian customers will be willing to shell out big money on a Hyundai, or MG Motor. Historically, the South Korean automaker has failed to make its flagship products a success in India but with an evolving market, things could be different.