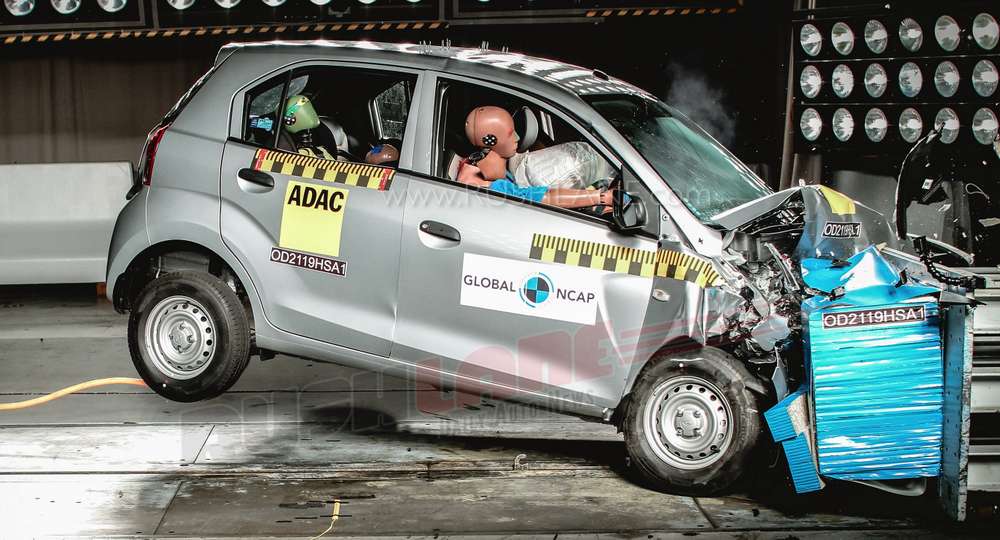 Launched about a year ago in India, the new generation Hyundai Santro has been crash tested by Global NCAP. Results of the crash test were revealed today. Along with Santro, Global NCAP also revealed crash test report of Maruti WagonR, Maruti Ertiga and Datsun Redi-GO. As per the report, Hyundai Santro new gen small car which is sold in India, has scored a safety rating of 2 stars.

Its footwell area was rated as unstable. Head and neck protection for adult occupants was good. Chest protection was weak for the driver and marginal for the passenger leading to a limitation of the SBR points achieved by this model for the driver.

Child occupant protection showed poor results mainly because the manufacturers did not recommend a CRS for the test. The dynamic performance was poor as the head of the 3 year old showed contact during the impact. There was limited protection for the 3 year old neck while the 18 month old received acceptable protection.

The Santro offers standard driver SBR but its points were not considered for the final rating as the chest of the driver received weak protection. It is surprising that this car is not offering 3 points belts for all occupants. 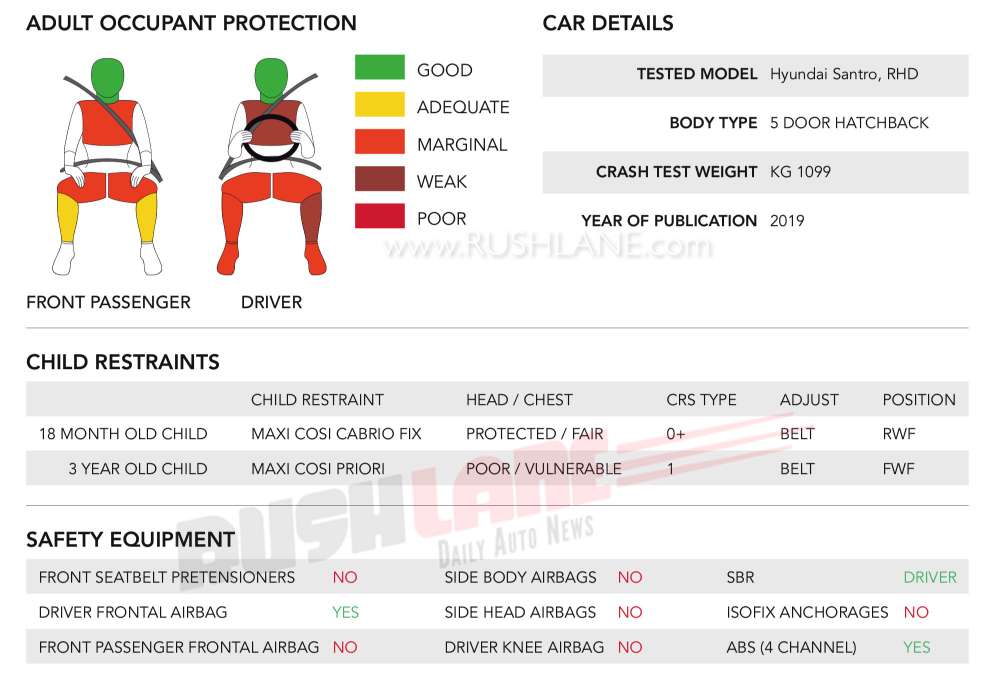 New Hyundai Santro is powered by a 1.1 liter petrol engine offering 68 bhp power and 99 Nm torque and mated to a 5 speed manual transmission or AMT. There is also a CNG variant which offers 59 bhp power. Transmission options include 5 speed MT or AMT. Mileage stands at 20.3 kmpl where the petrol version is concerned going up to 30.48 km/kg for its CNG version. These figures are as per tests conducted by ARAI under ideal conditions.

The interiors of the new Hyundai Santro have been revamped. It now comes in with a rear AC vent as a first in segment offering. The top spec model gets a 7.0” touchscreen infotainment system with Apple CarPlay and Android Auto while where safety is concerned, the Santro gets a driver side airbag as standard across all variants.

The top spec model gets side passenger’s airbag while ABS, EBD and seat belt pre-tensioners are offered as standard. The Santro hatchback competes with Tata Tiago, Maruti WagonR, Datsun redi-GO and Renault Kwid.