Hyundai Motors India is all set to launch the new Santro in India on October 23, 2018. This exciting launch marks the 20th anniversary of the Santro in India and launch ahead of the festive season is especially noteworthy wherein the company expects outstanding sales.

In a market where almost every car maker has launched a cross variant of their popular cars, for example – Jass has WRV, i20 Elite has the i20 Active, Celerio has Celerio X, Tiago has the Tiago NRG, Etios has the Etios Cross, Polo has the Polo Cross and so on. Based on the new Santro, digital artist Pratyush Rout has created Santro Cross. It is based on the Santro hatchback, but comes with higher ground clearance, gets plastic claddings on the side, new larger alloys, revised front and rear bumpers, matching colour accents on the inside and so on. 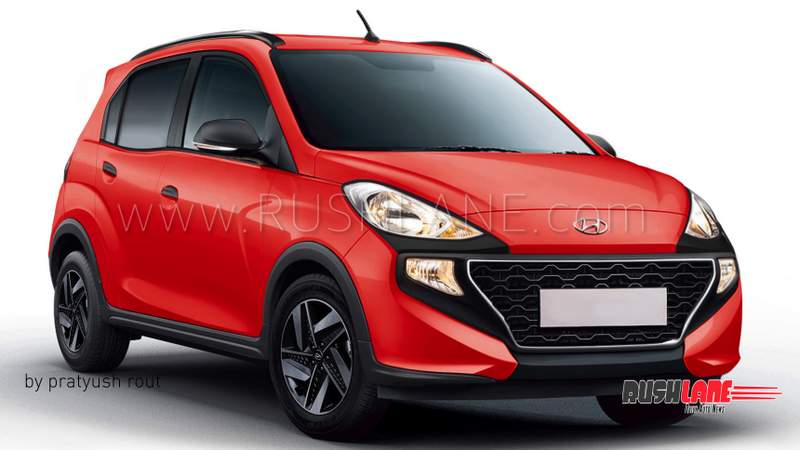 It is to be noted here that this is only a digital render. The company has announced no plans of launching a Santro Cross or Santro X yet. If launched, it will compete with likes of Tata Tiago NRG and Maruti Celerio X. Speaking about the new Hyundai Santro, which will launch soon, it has been under development for the past three years. The company has invested $100 million (INR 700 crores) into its making.

The Santro has not only grown in dimensions but also sports several best in class features, a new engine lineup and a host of safety features. To be presented in 6 trim levels of DLite, Era, Magna, Sportz and Asta, the Santro will get increased dimensions making it 45mm longer while wheelbase stands at 3,610mm. It will be seen with a cascading grille, body colored ORVMs, alloy wheels, halogen headlamps, LED DRLs and 7 color options of Typhoon Silver, Polar White, Stardust, Imperial Beige, Marina Blue, Fiery Red and Diana Green. 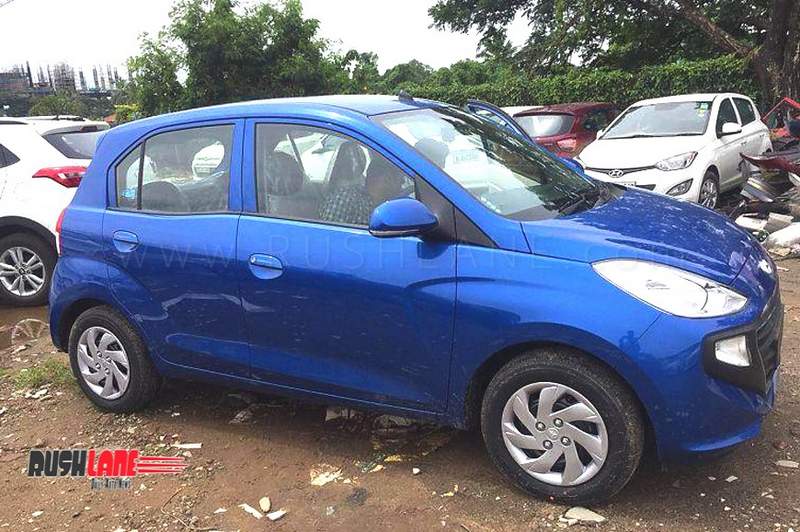 Interiors also get updated with better attention to comfort and infotainment. Better quality material all around, 7” multimedia screen, steering wheel with multi function buttons for multimedia and telephony and manual AC controls along with a three pod instrument console will be among its interior features.

Hyundai will offer the new Santro with a 1.1 liter, 4 cylinder petrol engine offering 68 bhp power and 99 Nm torque mated to a 5 speed gearbox as standard. The Santro will be the first Hyundai to be offered with an AMT gearbox while CNG options will also be on offer developing 59 bhp power and delivering fuel efficiency to the extent of 20.3 kmpl. Hyundai Santro will be produced at the company’s Sriperumbudur factory in Chennai and will be exported to emerging markets around the world.