Hyundai Santro hatchback, launched in India at the end of October has been well received. The company has confirmed bookings to the extent of 29,000 units since launch. Noting this increased demand, the company plans manufacture of 10,000 units of the Santro per month so as to reduce waiting periods.

While there were a host of segment first features seen on the new Santro, it was the absence of alloy wheels (even on the top spec Asta trim) that disappointed buyers most. 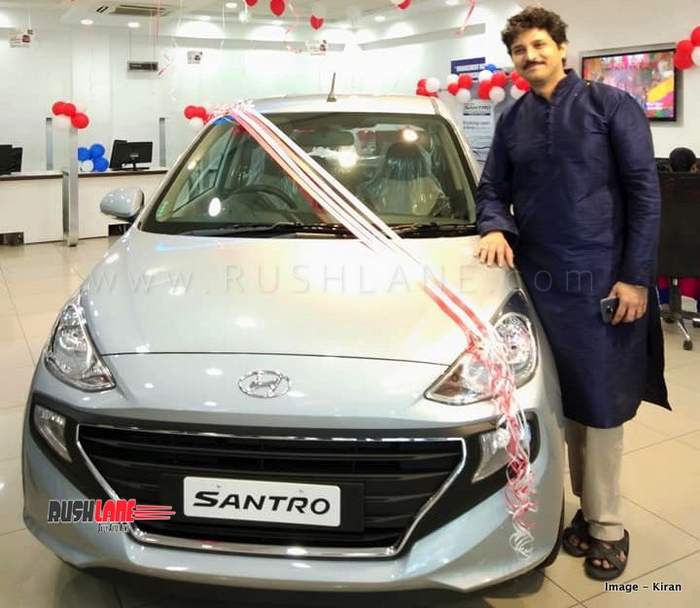 As per CarDekho, Hyundai will launch Santro with diamond cut alloy wheels early next year. So what about those who want the alloys now? Well, there is no other solution other than installing aftermarket alloys. Hyundai has revealed that warranty will not be void in case you install aftermarket alloys in Santro.

Some readers asked if the alloys of Grand i10 could fit that of Santro, as both have 14 inch wheels. Well, that is not going to be possible as PCD (pitch circle diameter) of Santro is different than that of Grand i10. 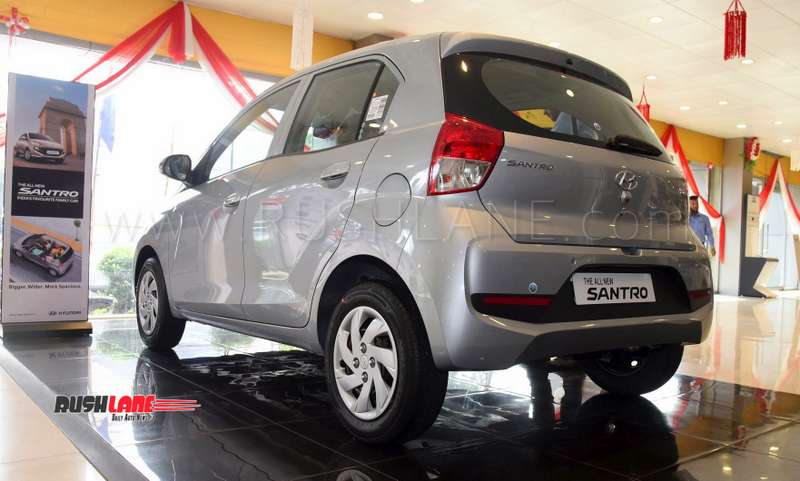 Hyundai Santro features a front grille with chrome accents, body colored wing mirrors, 7” touchscreen infotainment system with Apple CarPlay, Android Auto, and MirrorLink. This screen can also be used as display for rear view camera. In compliance with new safety standards being introduced in the country, the Hyundai Santro gets ABS and EBD along with single driver side airbag as standard while the second passenger airbag is offered as standard.