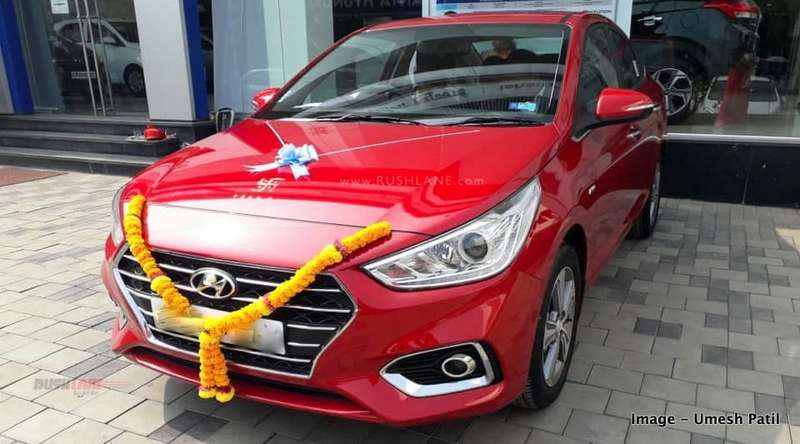 Hyundai Motor India reports domestic sales of 40,705 units, down 14.8 percent fro 47,781 units sold in September 2018. The company does manage to steadfastly hold on to its position as the second largest automaker by sales in India. While the decline is steep, it’s pretty much lower than most other major auto manufacturers.

While that lead is secure, it’s alarming to see how even a range of new products has been unable to shake up the all encompassing slowdown that’s gripped the Indian auto market currently.

In recent months, Hyundai Venue compact SUV has been launched. The vehicle has performed well and hovers around the top of the brand’s product sales. Grand i10 Nios launch has been more recent and is aimed to improve i10 sales volume.

In MoM sales, Hyundai has gained 2.5k units. For September 2019, Hyundai introduced discount schemes with cash and exchange offers on Santro, Grand i10, Xcent, Creta, Elite i20, Verna, Elantra, and Tucson. Rightfully no discount was offered on the brand’s new launches – Venue and Kona.

Exports for the month stand at 17,000 units, up 13.5 percent from 14,976 units sold in Sept ’18. On this front Hyundai has a trump card. In fact, the number of vehicles Hyundai exports is more than what other manufacturers are able to sell in the domestic market. So, while India is combatting slowdown, Hyundai is able to mitigate losses by ensuring steady demand from overseas markets.

Cumulative sales in September 2019 dropped 8.1 percent to 57,705 units, down from 62,757 units reported sold a year earlier. The Hyundai Elantra facelift will be launched in October 3, 2019. Bookings were opened last week. In terms of volume, numbers are restricted to two digits.

Hyundai is focused on building its SUV market share here following the introduction of Venue. Together with Creta, the brand hopes to consolidate its SUV sales performance. While Creta sales been restricted soon after launch of Venue, the compact SUV has darted forward to challenge market leader Brezza, and has in a few short months challenged its top position with great determination.