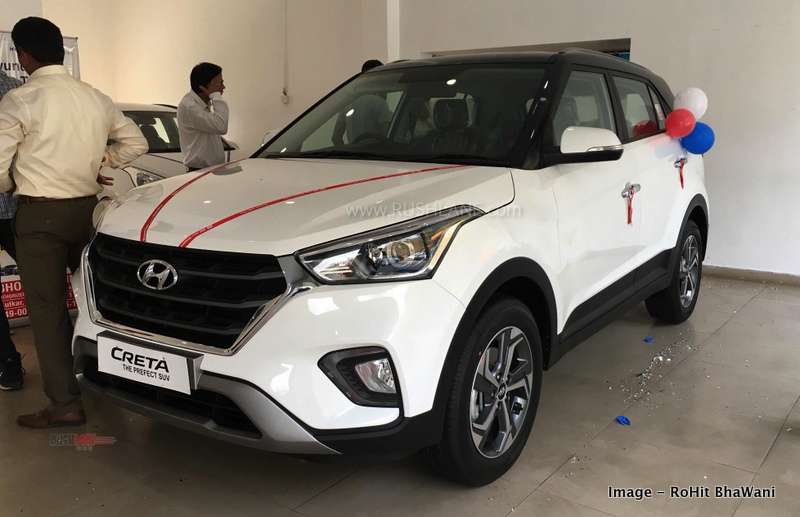 With increasing preference for utility vehicles (UVs) in the country, there’s increased competition in this segment, marked with several new launches in 2019. Even though the entire auto sector has been hit by slowdown, UV segment has remained relatively more buoyant than other passenger vehicle (PV) segments. In this space, carmakers such as Hyundai, Mahindra & Mahindra and Tata Motors have been able to post positive results in Q1 2019-20.

Hyundai’s market share in UV also increased from 13.63% to 19.60%. Hyundai’s success in UV segment comes largely from Venue that has witnessed massive demand from customers. Venue has already become Hyundai’s bestselling SUV by unseating Creta in June and is close on the heels of Maruti Suzuki Brezza. For the period from April to June 2019, Hyundai sold about 28k Creta SUVs and about 16k Venue SUVs. (Venue sales started in May 2019) 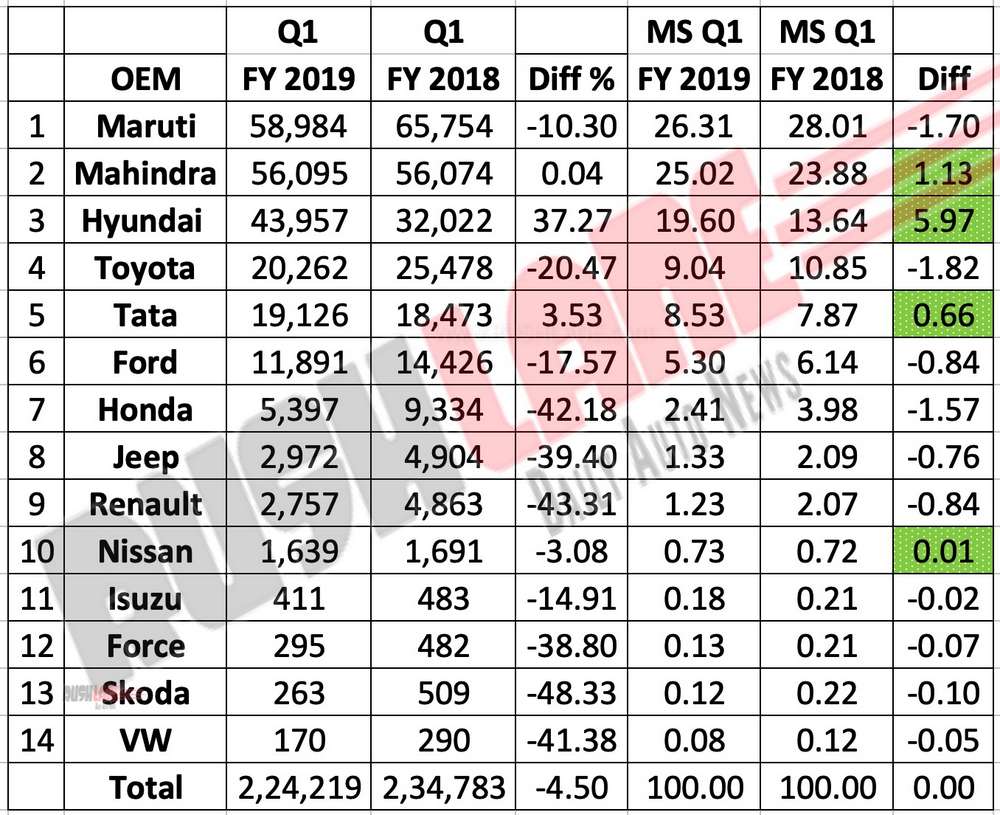 Another manufacturer to post positive growth in UV space is Mahindra, with market share improving from 23.87% in April-June 2018 to 25.02% in Q1 2019-20. Mahindra’s primary growth driver in UV segment is XUV300, which has been registering brisk sales since its launch in February 2019.

In June, XUV300 was fourth in the list of bestselling SUVs, ahead of Tata Nexon and Ford EcoSport. XUV300 sales are expected to increase in the coming months, as Mahindra has introduced AMT variant of the SUV. XUV300 sales for the period is about 14.5k units.

India’s largest carmaker and the one with the biggest market share in UV segment, Maruti Suzuki, posted negative growth in Q1 2019-20. Its market share in UV space slid from 28% in April-June 2018 to 26.31% in Q1 2019-20. Maruti’s bestseller Brezza has become all too common on the streets and consumer’s search for something more exciting is leading them to new products being launched by rivals.

With launch of Harrier, Tata Motors has also been able to improve its market share in UV segment. However, Harrier will face tough competition in the coming months with the launch of MG Hector and Kia Seltos. Most other carmakers have posted negative growth in UV segment in Q1 2019-20. Overall, UV sales have come down from 2,34,783 units in April-June 2018 to 2,24,219 units in Q1 2019-20.