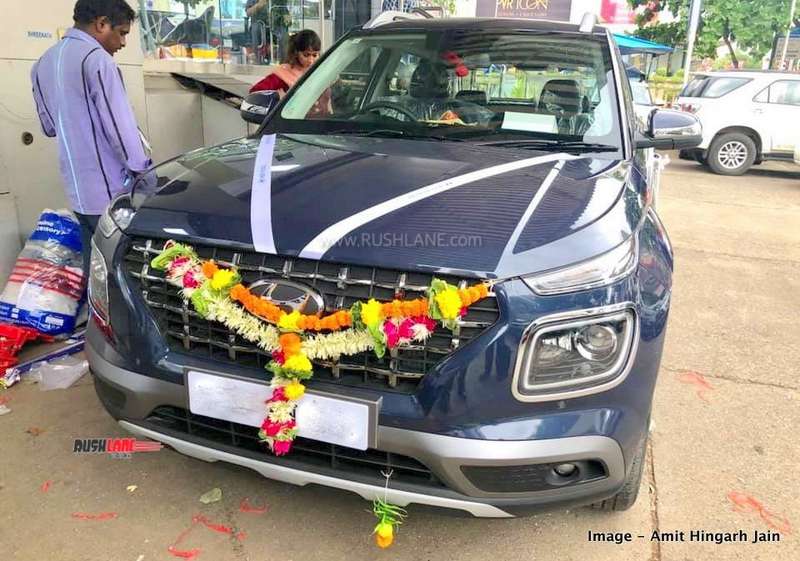 Launched on 21st May 2019, the demand for the Hyundai Venue compact SUV took off to a promising start and is rising ever since. The company claimed to have received over 15,000 bookings even prior to launch date while post launch, dealer sources reveal that waiting period extends from 6-8 weeks depending on the engine and variant.

The Hyundai Venue, available in five variants – E, S, SX, SX(O) and SX+, with three engine options, has been well received. It has surpassed demand for Maruti Brezza which till launch of the Venue was a segment leader.

Hyundai Venue is India’s cheapest B-SUV, priced from Rs.6.50 for the base variant going up to Rs.11.11 lakhs. It is offered in a choice of petrol and diesel engine and gearbox options and in a total of 13 versions. Production is at 10,000 units per month making the balance of demand and supply difficult.

The Hyundai Venue is also regaled for its long list of driver and passenger comforts, infotainment and safety features. It gets leather seating, automatic climate controls and an 8” HD touchscreen infotainment system with Apple CarPlay and Android Auto and BlueLink connectivity and Arkamys sound system.

Among its safety features are ABS and EBD along with ESC, six airbags, power windows, rear parking sensors, vehicle stability management and a sunroof.

Among the variants, it is found that the new 1.0 liter GDI petrol variant of the Hyundai Venue is most preferred among buyers in the country while the Venue AT – S and SX+ variants are also finding preference among buyers.

It also gets its power via a 1.4 liter diesel engine which makes 90PS of power and 220Nm of torque and gets mated to a 6 speed manual. Hyundai Venue competes with the other sub 4 meter segment SUVs such as Maruti Suzuki Vitara Brezza, Ford EcoSport, Tata Nexon and Mahindra XUV300.