Codenamed QXi internally and showcased as Carlino concept at 2016 Auto Expo, Hyundai’s smallest SUV till date has been named as Venue. The name ‘Styx’ was also talked about earlier, but Hyundai has finally settled for Venue in the Indian market. According to Hyundai, Venue is the right name for its compact SUV, as it symbolizes a 3rd space and sounds unique, trendy and stylish. Venue has been presented as a connected SUV, which indicates that it will most likely have telematics technology.

Hyundai Venue will be unveiled simultaneously in India and at New York Motor Show on April 17 whereas launch has been scheduled sometime in mid-May. Key exterior features include rectangular front grille, which is an interesting deviation from the cascading design of other Hyundai cars. 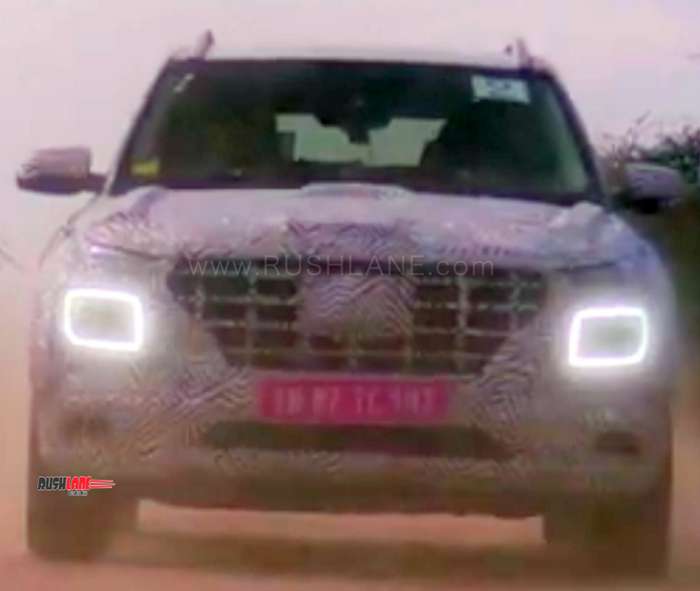 Headlights and LED DRLs are stacked vertically, something that can also been seen on new Santa Fe and Kona. LED DRLs sit on top and also function as turn indicators. Hyundai Venue will come with diamond cut alloy wheels, as revealed in spy shots.

Interiors will have a dual-tone colour scheme and come with a range of premium features. Top spec variant will have a sunroof and segment-first ventilated front seats. Venue will also have a large touchscreen infotainment system supporting Android Auto and Apple CarPlay. Safety features on-board top-spec Venue include 7 airbags, rear parking sensors and reversing camera.

Engine options for Venue will be the same as Verna, a 1.4-litre petrol engine that makes 100 hp and a 1.4-litre diesel unit that makes 90 hp. Both engines are mated to 6-speed manual transmission. Additionally, Venue will have a third engine option, a 1.0-litre turbo-petrol unit mated to a 7-speed dual-clutch transmission. This dual-clutch option will be a segment first in the compact SUV space.

With its premium features, Venue is likely to be priced higher than rivals such as Maruti Brezza and Tata Nexon. Venue’s pricing will be more in line with other rivals such as Mahindra XUV300 and Ford EcoSport. It would be interesting to see if Venue can be as successful as its larger sibling Creta.