Hyundai Xcent is currently sold only in petrol and diesel engine option. But, a leaked document now confirms that Hyundai Xcent will also be offered with factory fitted CNG option very soon. This new Xcent CNG variant will be offered exclusively on the mid spec S variant and will be open for sale to both private owners and fleet operators in the country.

The Xcent CNG powertrain will be based on the BS4 compliant 1.2 liter Kappa engine. Yes, as per the document, Hyundai will launch the Xcent CNG with BS4 petrol engine, and not the BS6 petrol engine from Grand i10 NIOS. 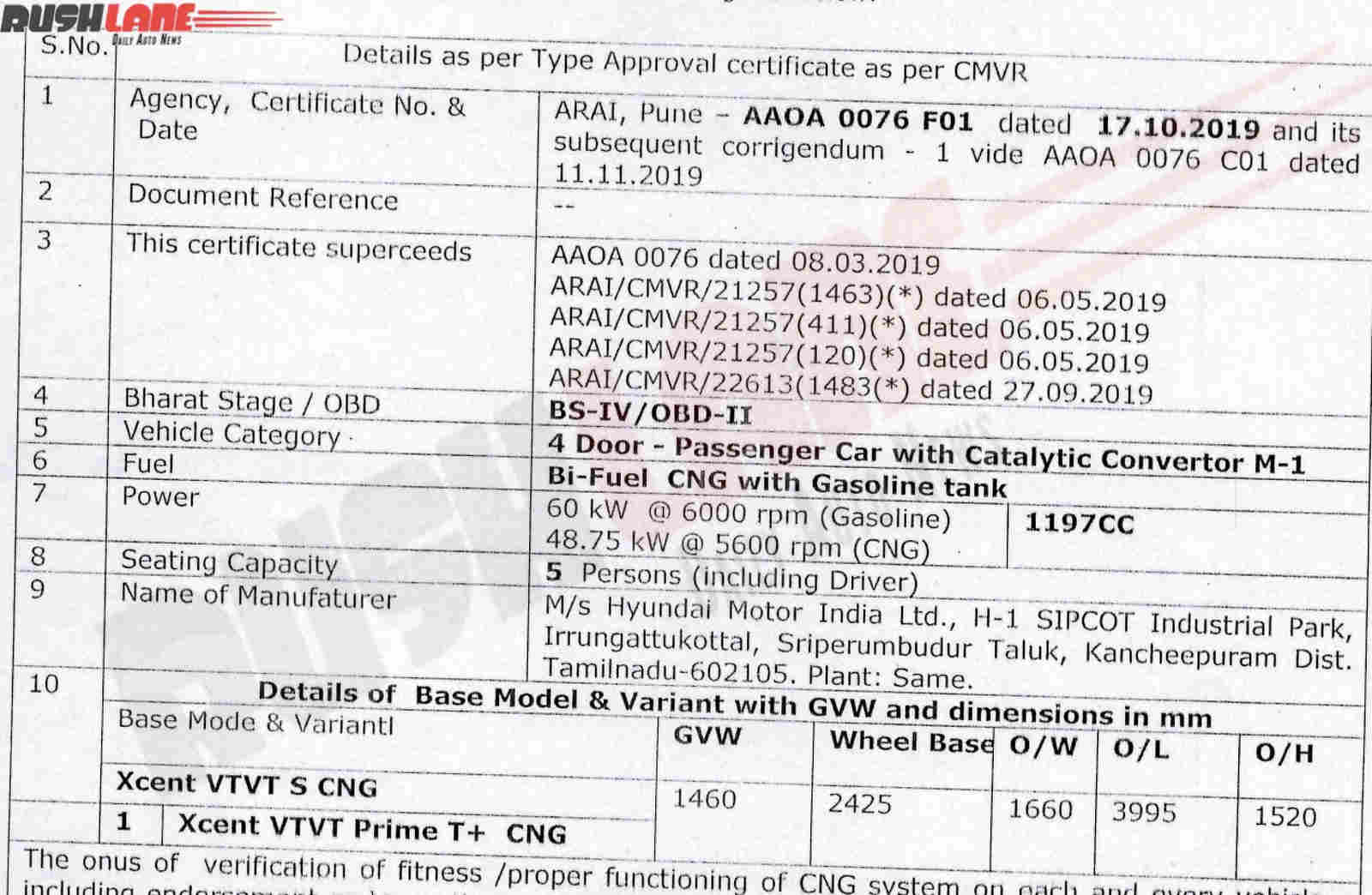 Hyundai Xcent CNG in the mid spec S variant will see similar features as seen on the latter with Bluetooth connectivity, tilt steering, rear AC vents, 2 DIN audio system with USB and steering mounted controls. It will also get rear seat central armrests and safety features among which will be dual front airbags, central lock, rear parking sensors, passenger and driver seat belt reminder and speed alert. ABS and EBD will be offered as standard.

New Hyundai Xcent CNG is expected to be launched in the coming days. As on date, Hyundai Xcent S petrol variant is priced at Rs.6.47 lakhs. CNG variant of the same could be priced in the range of Rs 6.8 – 7 lakhs, ex-sh. Once launched, this Xcent CNG will take on the likes of Maruti Dzire, Tata Zest in the segment.

It will borrow much from the i10 Nios in terms of features and will be seen with similar looking boomerang shaped LED DRLs, honeycomb front grille, chrome door handles and C shaped tail lamps with LEDs. It will sit on 15” alloy wheels which will boast of a dual tone colour scheme while other features will include ORVMs with turn indicators and a shark fin antenna.

The new Hyundai Aura will be powered by the same 1.2 liter BS6 petrol engine as seen on the Grand i10 Nios. This engine will comply with BS6 emission norms while the 1.2 liter diesel engine lineup will be upgraded prior to the 1st April 2020 deadline. The engines will get mated to a 5 speed manual transmission as well as with AMT.