Rising fuel costs has gotten its fair share of attention, and is now a noticeable thorn that we don’t know how to deal with. For those residing close to the Bhutan border in Assam, a trip across the border helps arrest fuel expenses because that means access to Bhutan cheaper fuel.

While the seriousness of the matter is yet to be tabled for unilateral discussion, a small group of individuals has found a solution. As of last week, Dhrubajyoti Goswami said, ‘Petrol Price in Guwahati is now 75/- & Diesel is Rs. 64/- and a BEER is Rs.140/-.’ 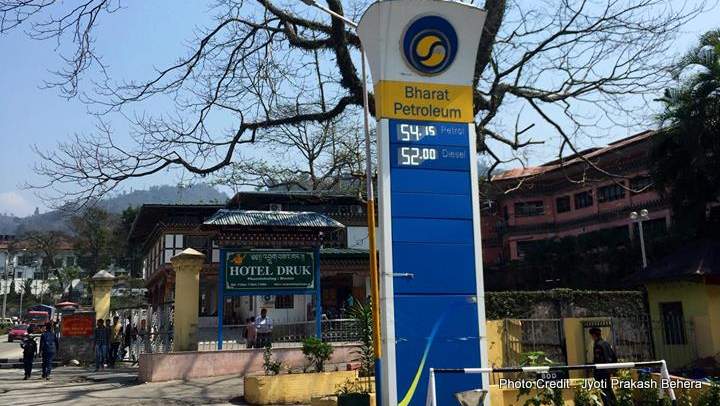 It’s no surprise then that folks are crossing the border to buy daily consumption fuel and liquor. The price benefit is a great motivator with petrol and diesel retailing at twenty bucks lesser, even more. 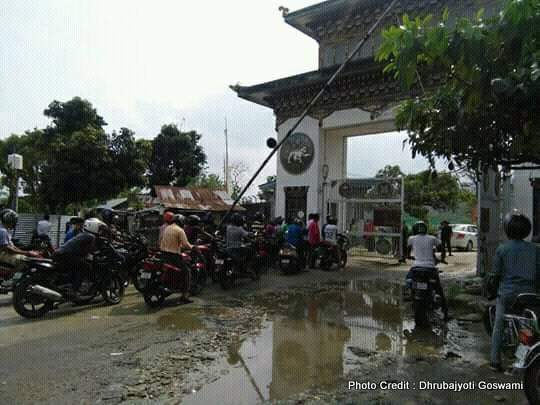 A litre of petrol costs around Rs 52 in Bhutan as opposed to Rs 76 in Assam, while diesel costs nearly Rs 20 less. Bhutan-made beer comes for Rs 60 a can, Rs 20 cheaper than the Indian equivalent and premium scotch for less than Rs 2000. With currency valuation of Indian Rupee (INR/Rs) equivalent to Bhutanese Ngultrum (BTN), and border areas accepting both currencies freely, it’s not difficult to see why people wouldn’t cross over for daily purchases.

Resultantly, Bhutan’s revenue collection has reduced for the happy country has elected to pass on benefits to consumers over increased taxes to compensate revenue loss. While fuel volumes under consideration are small, it nevertheless does tantamount to trade diversion, and the matter is being brought to the notice of Indian Oil Corporation Limited (IOCL).

With BJP coming into power in 2016, and GST implementation in 2017, all inter-state (Assam) check gates ceased to exist as there’s no entry tax under GST. The move also aimed to curb corruption at border check posts since all transactions are online, which means no checks are possible in the absence of check posts. GST council committed to compensation for any revenue loss suffered by the state government owing to abolition of central sales tax. Tax growth was estimated to be up by 14 per cent under the GST.

The only restrictive measure in practice is from the Bhutanese end. Since, fuel was being transported and sold in border areas for a profit, for now, Indians can only buy Bhutan cheaper fuel worth upto Rs 500 per person.

Back in December 2015, Supreme Court passed a ruling that banned registration of luxury automobiles and sport utility vehicles with an engine capacity in excess of 2000cc in NCR. The move aimed at curbing air pollution in NCR thought to be brought on by emissions by diesel vehicles.30 months on, and Delhi, Gurgaon and multiple cities in north India still top the list of world’s most polluted cities.

Sales of petrol engine passenger vehicles and two wheelers have seen an increase in recent months. This has increased the consumption of petrol. Consumption of fuel has been increasing over the last few years.