Overspeeding is the biggest reason behind road accidents in India 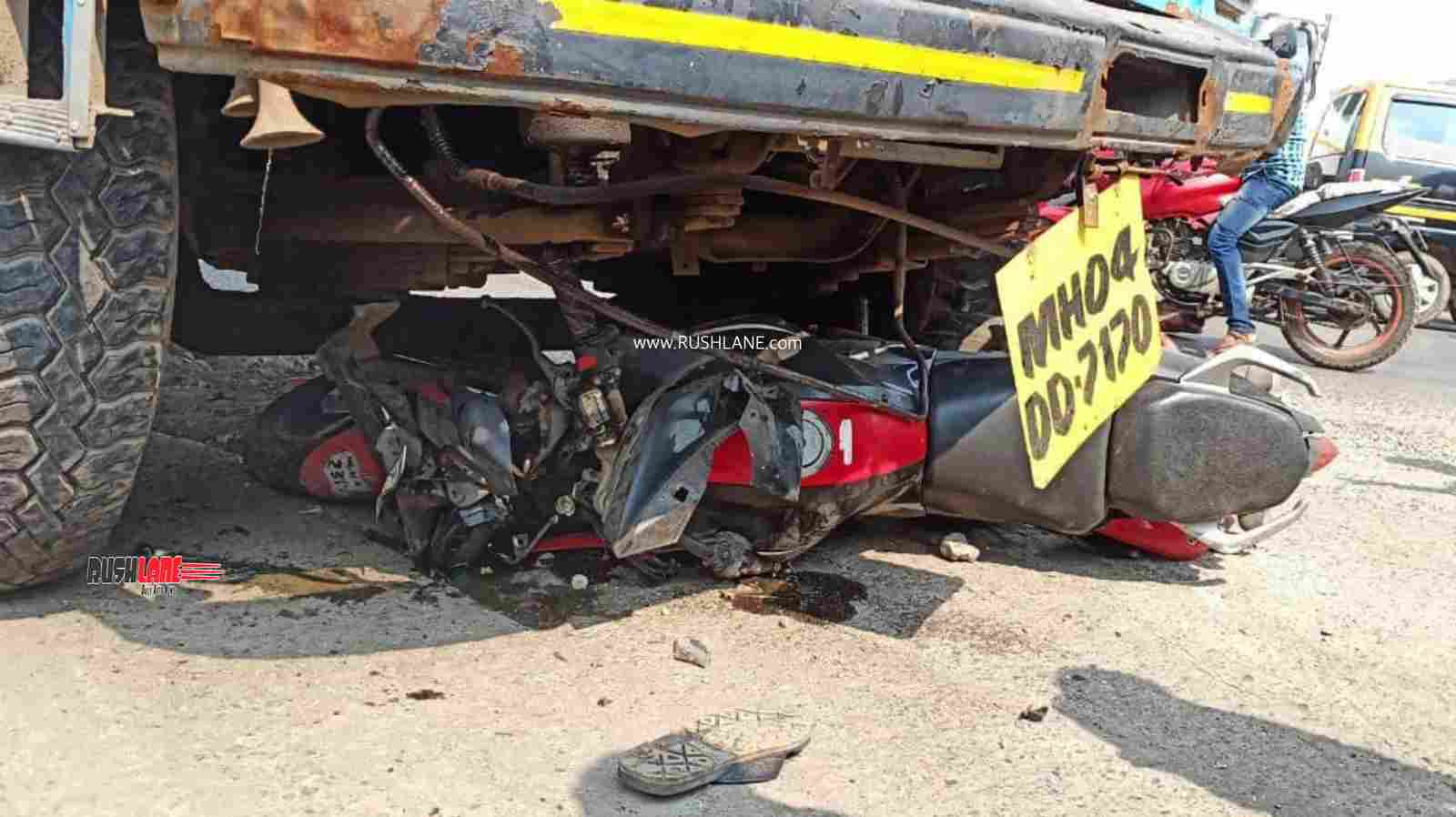 Road accident data for 2018 published by Ministry of Road Transport and Highways (MoRTH) is no less than a wake-up call for all stakeholders, especially people who tend to take things lightly. Data reveals that a total of 467,044 road accidents took place in the country in 2018, which is an increase of 0.46% in comparison to 2017 figures. 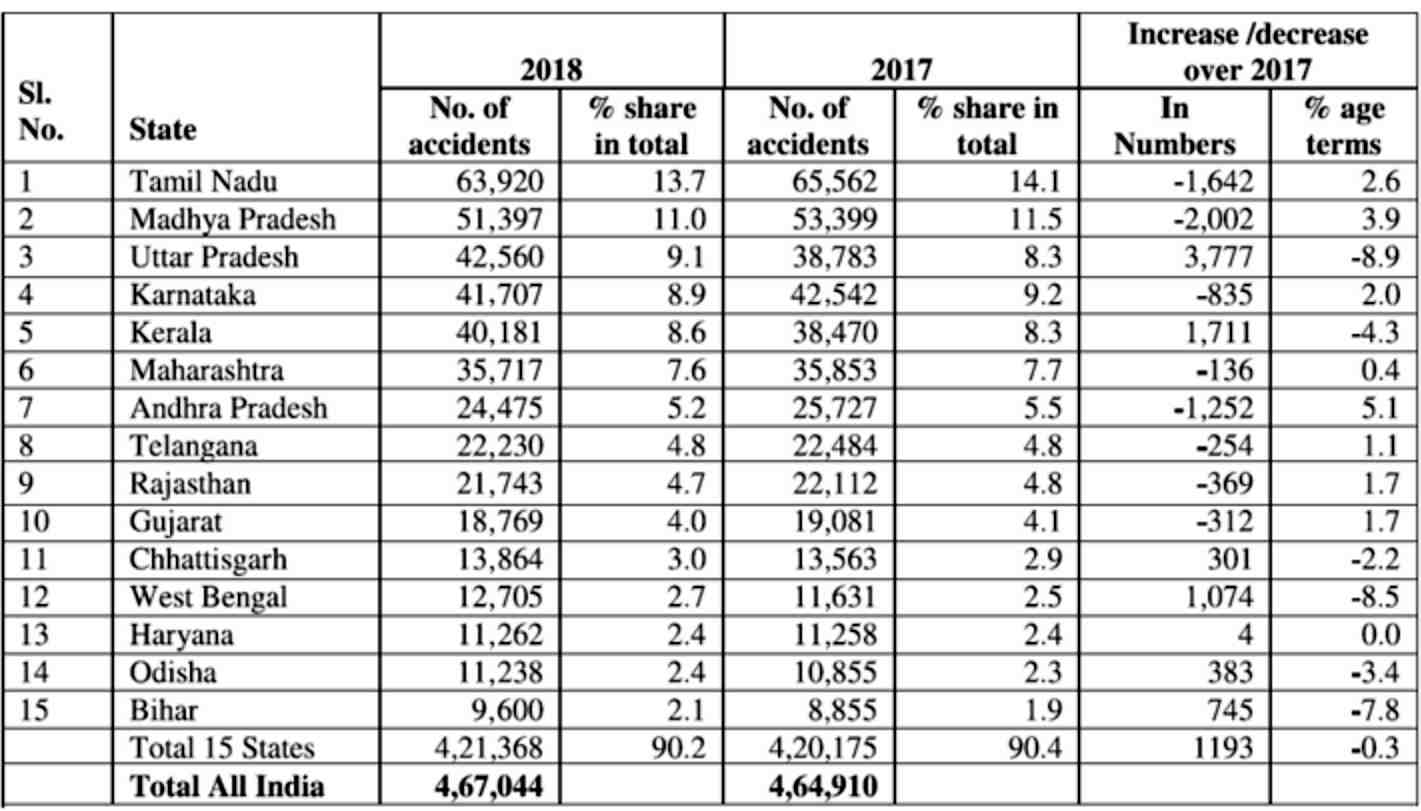 Types of injuries and fatalities – Road accident data reveals that 30% cases were fatal accidents, 27% grievous injuries, 36% minor injuries and 7% non-injury accidents. To reduce the number of fatalities, MoRTH has introduced some key changes in the Motor Vehicle Amendment Act 2019. Some of these include free healthcare for injured during the golden hour and adequate legal protection for people who report accidents to police. Both these are vital if we are to reduce the number of fatalities caused by road accidents. 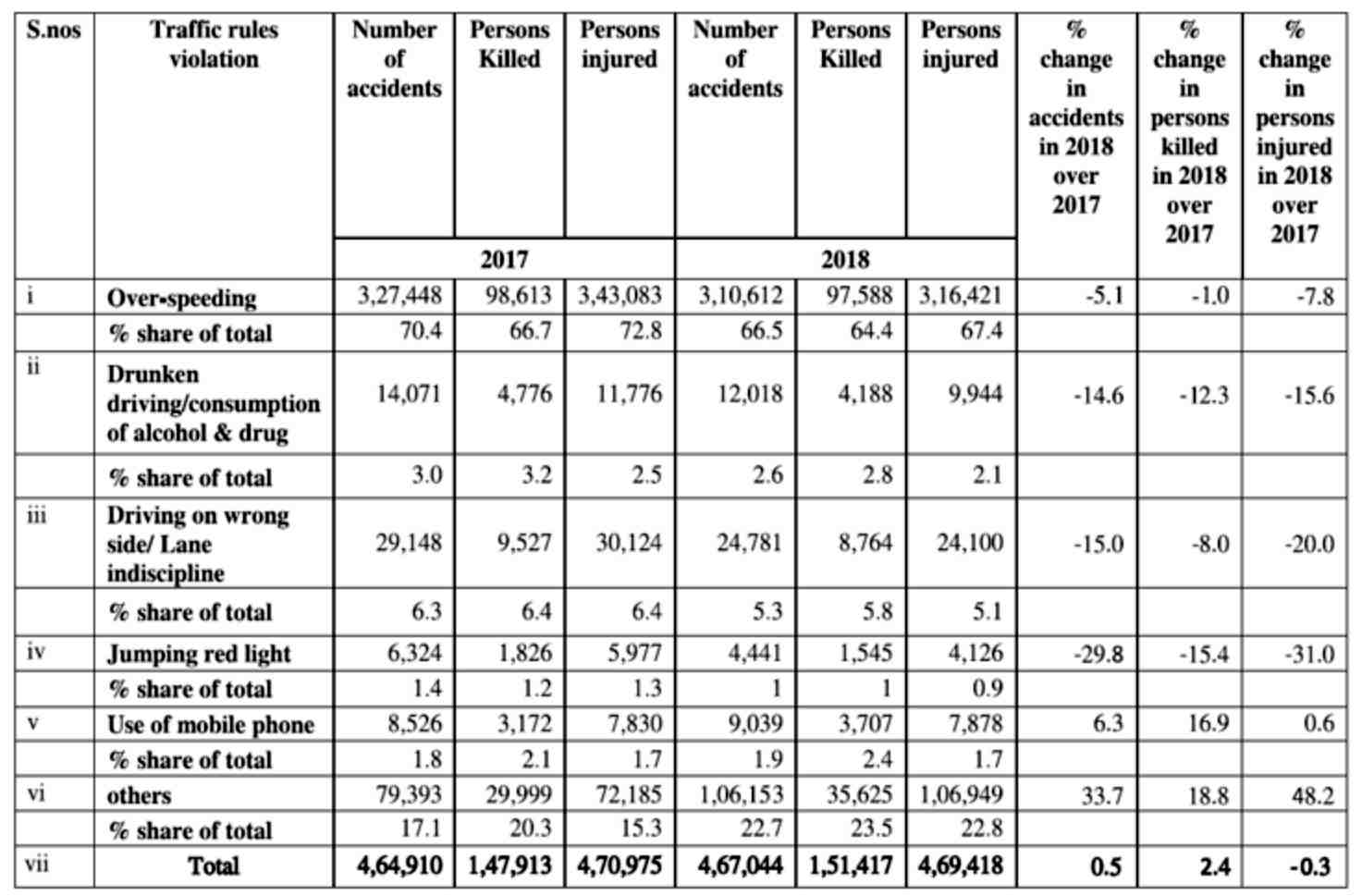 Other causes of road accidents in 2018 include wrong side driving/lane indiscipline (5.3%), drunken driving/driving after taking drugs (2.6%), using mobile phone when driving (1.9%), and jumping red light (1%). Remaining cases (22.7%) were caused due to other reasons such as fault in vehicle, road conditions, etc.

Most vulnerable age-group – As per 2018 road accident data, max fatalities (48%) occurred among people in the age group of 18-35 years. This reveals that we are losing quite a substantial number of our working class every year due to road accidents. Another disturbing fact is that road accidents results in the deaths of 9,977 children (below 18 years) in 2018. That is 27 child deaths every day.

Most risky spots – Data reveals that most over speeding cases occurred on straight, open roads. This fact can be substantiated by the increased number of road accidents, deaths and injuries on such routes. Some spots were found to be the most risky such as sharp turns, potholes and steep incline. Negotiating such spots is not easy and requires considerable expertise. MoRTH report mentions that max increase in road accidents, deaths and injuries have been attributed to curved roads, bridges and straight roads.

Globally, United States had the maximum number of road accidents (22,11,439) in 2018, as per World Road Statistics report published by International Road Federation Geneva. In comparison, India had 4,80,652 road accident cases in 2018. However, fatalities in India were much higher (1,50,785), as compared to 37,461 in United States. Road accident cases in Japan (4,99,232) are close to numbers in India, but fatalities in Japan are even less at just 4,698. These comparisons clearly indicate the varying problems in India such as bad road conditions, habitual traffic violations, lax enforcement of traffic rules, and heavy corruption in issue of driving licence to drivers.

While MoRTH has done the needful by increasing fines for traffic violations, many state governments have diluted the new rules. It doesn’t appear to be a wise move, especially when seen against the backdrop of horrifying road accident data. Lawmakers, enforcers and road users need to find a common ground, where all stakeholders can cooperate to reduce the number of road accidents and fatalities. Awareness is the first step that can bring lasting changes in road transport ecosystem. You can read the full report below.