Thanks to Indian government’s stricter crash test norms, the latest generation of India-spec vehicles have shown remarkable improvement in safety. Testament to this fact are the 4-star safety rating in Global NCAP crast tests by Tata Nexon and Maruti Vitara Brezza. However, there is still a long way to go for other made-in-India cars to achieve acceptable level of safety standards which would eventually translate into less road fatality.

On the sidelines of inaugural Global NCAP World Congress that took place in Delhi today, the organization has released crash test reports of two India-spec cars. The Vitara Brezza impressed with 4-stars for adult occupant safety while the Renault Lodgy disappointing with zero stars. 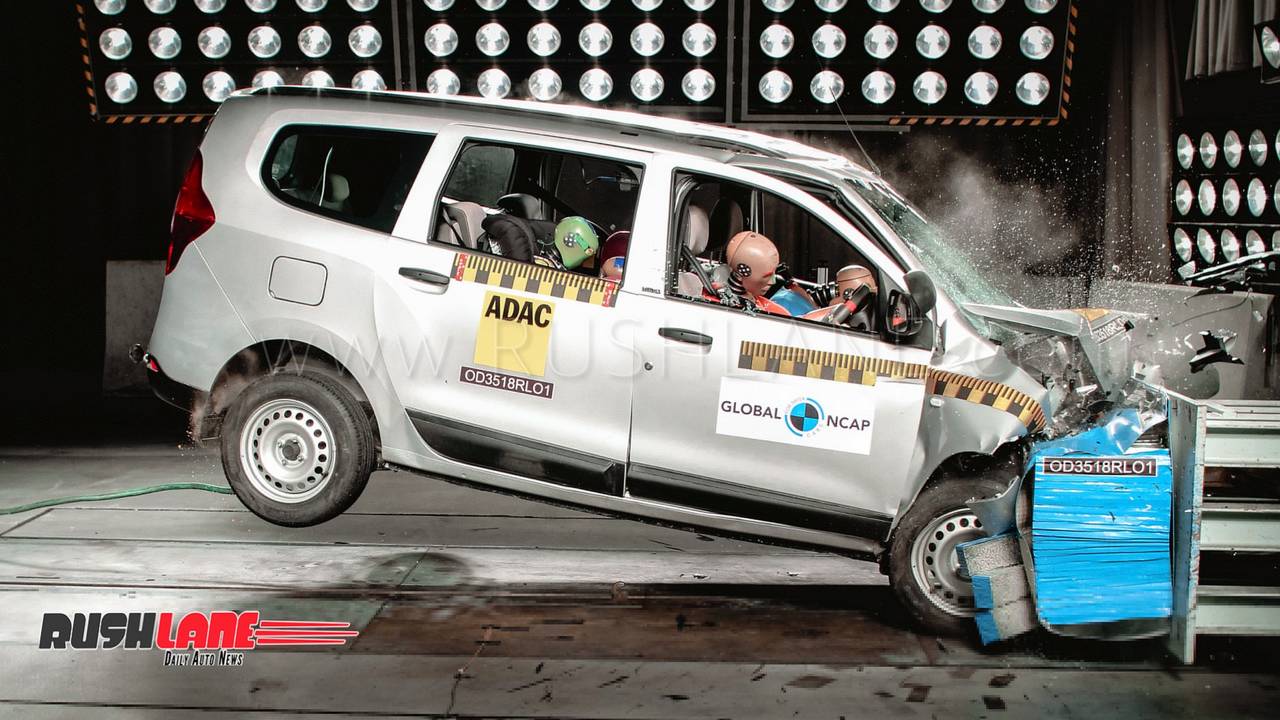 The news comes as another black mark in Renault India’s safety reputation after the Kwid’s poor performance in the previous crash test. In the last two months, the Lodgy’s sales in India has dropped down to double digit figures and the crash test results are surely not going to help the MPV’s case.

Partial reason for the failure is the lack of standard dual front airbags which led to serious chest and head injuries to the driver dummy. The made-in-India Renault Lodgy also has an unstable structure as observed during the crash tests. Upon impact, the MPV suffered deformations even at the rear doors, and the footwell area ruptured.

The Lodgy managed to score 2 star rating for child occupant safety but the lack of ISOFIX anchorages meant the child seat had to be secured by means of adult seatbelts which were inadequate to constrain excessive forward movement of the three year old dummy (impacted its head on the back of driver seat).

We think, Renault would discontinue the Lodgy sooner than later in India rather than spending time and money on making it compliant with the upcoming crash test norms because the MPV is posting abysmal sales performance. The new regulations would ensure that OEMs can no longer sell sub-par vehicles in the country.