Through a tendering process and winning against other competitors, Pune based Force Motors had bagged an order for the supply of Light Strike Vehicles to the Indian Army to be used for defence purposes. These vehicles are developed indigenously by Force Motors and are based on the tough character of Force Gurkha 4×4.

Force Motors Traveller and Trax range of vehicles are already in service with most para military organizations in the country. Now, these new vehicles will be added. These Light Strike Vehicles are fully indigenous vehicles developed as a part of the “Make in India” initiative. 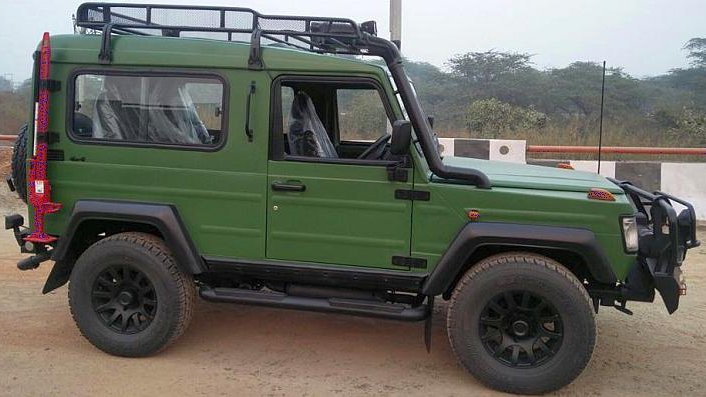 Force Motors’ Light Strike Vehicles (LCVs), designed and developed by the company’s R&D team. These vehicles have proved their power and performance over the most rugged of terrain and the most varied temperatures in the country from the deserts of Rajasthan with temperatures of over 50 degrees Celsius to the snow capped Himalayan mountains where temperatures plummet to -30 degrees Celsius.

The LCVs offer easy ingress and egress, are capable of high speeds and with its 4×4 configuration offer enhanced stability. As is also seen on the Force Gurkha, the LCVs receive differential locks on all wheels, get run flat tyres and a provision to mount assault weapons such as rocket launchers and machine guns. They are light enough to be air lifted and dropped into enemy territory where they can be used as fast strike vehicles.

Force Motors has long been associated with the Indian Army. The company has also supplied the Indian Artillery with new engines for the 155mm Howitzer Gun and trials are currently being conducted for Force developed engines for the new Dhanush Gun which is soon expected to take the place of Bofors Guns.

Speaking on the occasion, after the agreement with the Ministry of Defence, the spokesperson from Force Motors said, “We are very happy that the Indian Army has reposed trust in the fully indigenous Light Strike Vehicle developed by our research and development team. This is a small but significant step in creating fully indigenous specialist vehicles for the Armed Forces – a truly ‘Make in India’ initiative”.