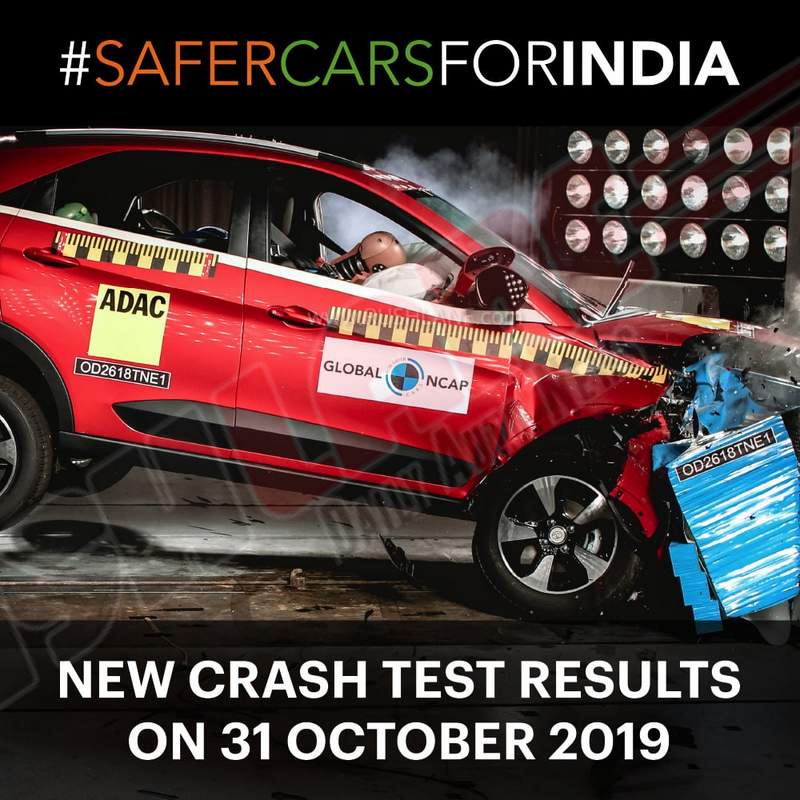 Automotive safety rating organization Global NCAP has been instrumental in spreading awareness about car safety among consumers. There was a time when Indian cars did not have any safety rating as per global standards, but not anymore.

Crash tests conducted by Global NCAP have turned out to be an eye opener, prompting automakers to improve their safety features. Efforts by the agency have also resulted in upgrade of norms related to car safety, as mandated by the government.

As several new cars have been launched with updated safety features, Global NCAP will soon be publishing results of crash tests conducted on new cars and updated models.

The campaign has been named #SaferCarsForIndia and it is expected to provide a clear picture of the safest cars on Indian roads. An official announcement regarding the same was made by David Ward, Secretary General of Global NCAP. The announcement was made at an event commemorating 40 years of US-NCAP.

Global NCAP is yet to reveal the cars that have taken the new crash tests. Consumers would certainly be interested to know crash test results of bestselling 2019 MY (model year) cars such as Kia Seltos, MG Hector, Hyundai Venue, Tata Tiago, Maruti S-presso etc. Global NCAP will reveal details on 31st October 2019.

However, it is not certain if these cars were part of new crash tests. Carmakers voluntarily take part in crash tests conducted by Global NCAP and it is not something that is legally mandated by any government agency.

Current generation of cars have to comply with new safety norms such as dual airbags, ABS, front seatbelt reminder, speed alert system and reverse parking sensors. From October 2019, all new cars need to comply with updated safety norms related to frontal and side impacts.

Pedestrian protection norms will also become mandatory from October 2020. Other safety requirements that are expected to be made mandatory in the future include electronic stability control (ESC) and autonomous emergency braking.

Indian auto industry has a lot to catch up in terms of safety. As of now, only one car (Tata Nexon) has received 5-star safety rating in Global NCAP crash tests. Cars with 4-star safety rating include Mahindra Marazzo, Toyota Etios, Tata Zest, Maruti Suzuki Brezza and Volkswagen Polo.