Following official launch of the new Innova Crysta TRD Sportivo variant in Indonesia on August 17, 2020, which also marks the 75th Indonesian Independence Day, there are talks of launch in Indian market as well. More images of this new MPV has also appeared online.

2020 Toyota Innova Crysta TRD Sportivo is based on the Innova Crysta MPV which has been doing well in India. Innova along with the Fortuner keep the automaker’s momentum in the country, dominating their respective segments irrespective of many rivals flooding the markets. Innova is regaled for its interior comforts, efficient engine lineup and lower cost of maintenance.

TRD Sportivo Innova gets a sportier stance. It is a limited edition variant, introduced to clear out existing stocks while the company gets ready to launch the Innova Facelift later this year. The updates on the TRD Sportivo are limited to its exteriors with some minor interior revisions. 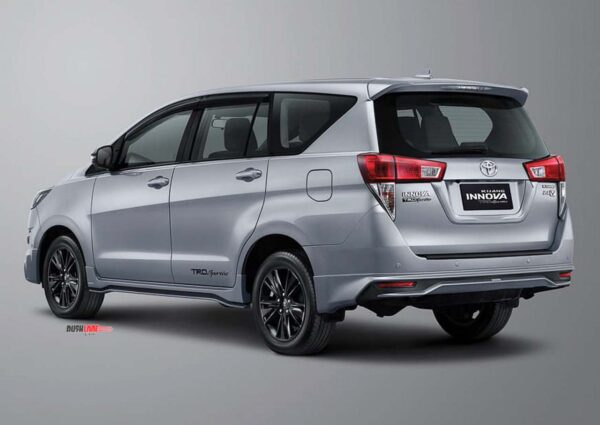 In-cabin features include a premium instrument panel, 8 inch touchscreen infotainment system and it also gets an air purifier or Integrated Air Purifier to keep cabin air clean. It also comes in with intelligent air quality control giving detailed information of cabin air quality. This feature is of prime importance in view of the current pandemic situation. It gets safety equipment among which are dual front SRS airbags and driver knee airbag, brake assist, ISOFIX with Tether anchor and ABS and EBD. 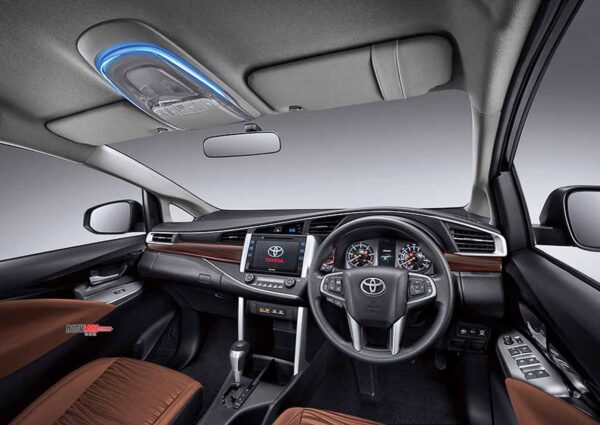 Even as the Toyota Innova Crysta TRD Sportivo gets updated exteriors and interiors, it continues with the same engine lineup as seen powering the Innova Crysta. The 2.0 liter petrol engine generates 166 hp power and 245 Nm torque while the 2.4 liter diesel engine makes 149 hp power and 343 Nm torque. Both engines get mated to 5-speed manual or a 6-speed torque converter automatic transmission.

Toyota is also readying a facelifted version of the Innova which will be first launched in Indonesia by the end of 2020. Launch is India is likely to happen in early 2021. Ahead of the festive season in India, the company will bring in the Urban Cruiser compact SUV and Fortuner facelift.