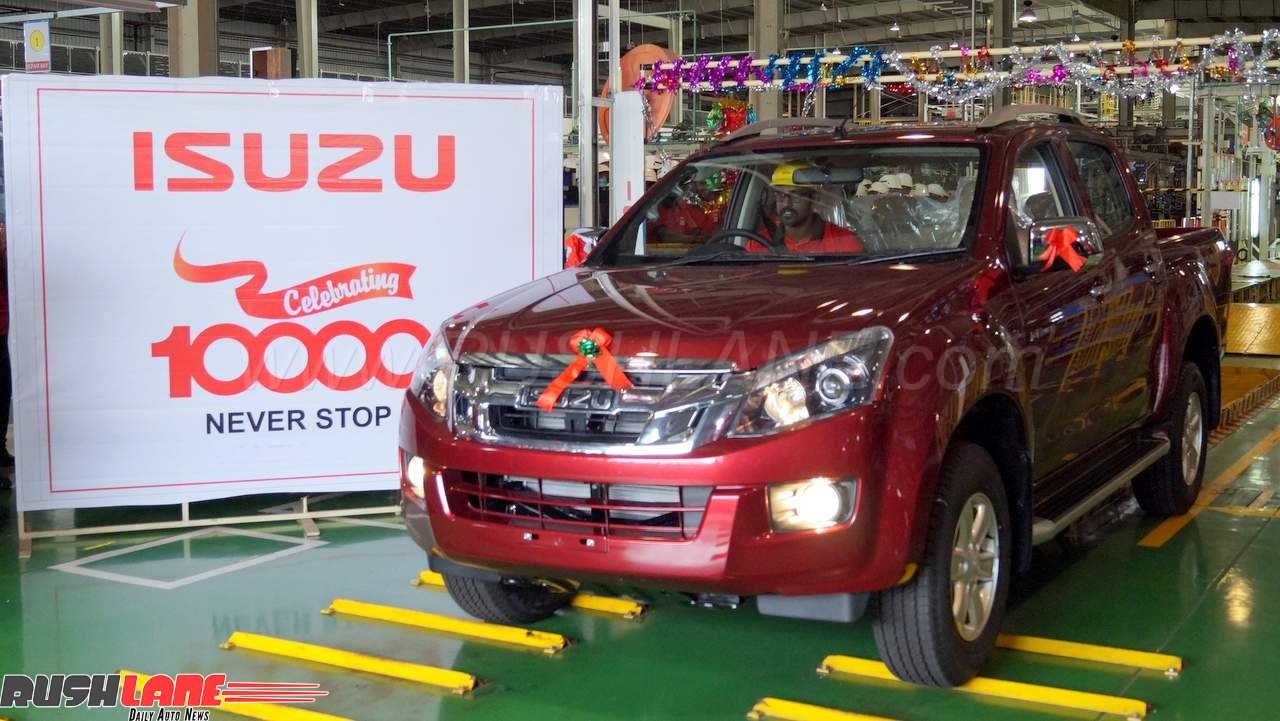 SriCity plant is a key manufacturing hub for the manufacturer, which specialises in pick-ups. In regards to a global footprint, Isuzu India exports vehicles to Nepal and Bhutan. In line with its global protocols, the company follows the ‘Isuzu Manufacturing Management’ philosophy to deliver quality vehicles.

Naohiro Yamaguchi, Managing Director, Isuzu Motors India, said, “The roll-out of the 10,000th vehicle from SriCity marks an important milestone in the journey of ISUZU in India. It is a testimony to show our commitment to India and the trust Indian customers have built on us and our products. It is just the beginning and we will continue to remain focussed on our core objectives of delivering value and quality through our products.”

Benefits earmarked for the top Indian driver at Isuzu RFC India 2018 will amount to USD 10,000, including free entry worth USD 3,900 to the RFC Mother Event held in Malaysia in 2018 end.