Latest spyshots confirm that the Jawa Motorcycles event on November 15 will witness the unveiling of at least two motorcycles. We all know that the new 300 cc retro classic version (yet to be named) of the original Deluxe is definitely one of them as it was spotted without any camouflage during TVC shoot. 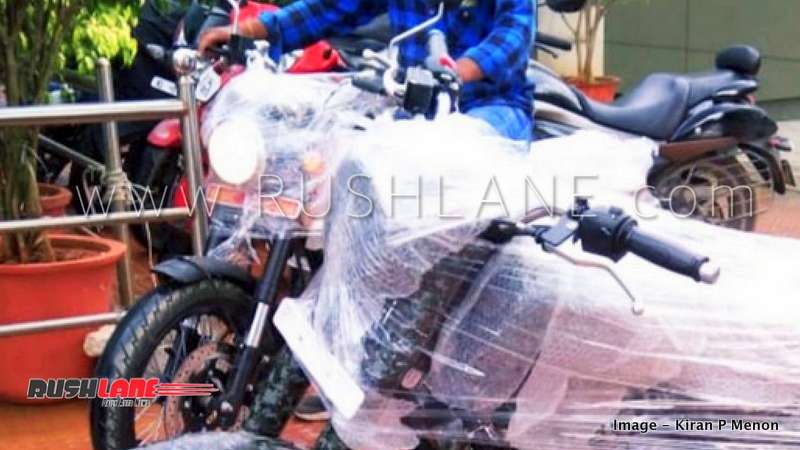 Unfortunately, we can only see the new variant in question partially since the regular model obstructs the view. The thick lamination doesn’t help either.

From what we can see, the adventure tourer model is significantly different from the classic roadster. The front wheel, for example, features the disc brake on the left hand side whereas the roadster has it on the right. The adventure tourer also seems to be equipped with inverted telescopic fork with longer travel. The ride height is significantly higher and the seat also doubles up as a tailpiece. 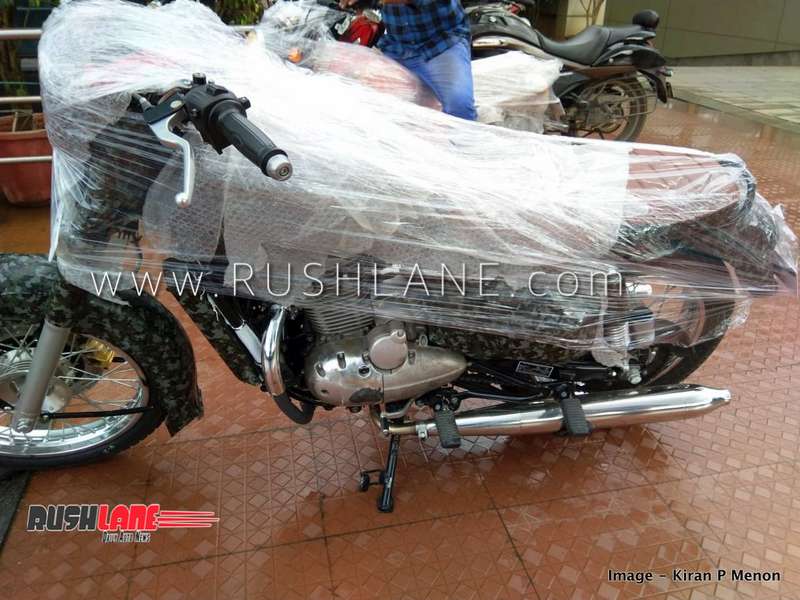 Further details are unclear as of now but we expect the Jawa adventure tourer to be powered by the same 293 cc single-cylinder liquid-cooled engine that powers the roadster. The motor produces 27 PS and 28 Nm of torque. The off-roader is expected to have slightly different gear ratios which prioritize low-end torque.

The circular headlamp, simple fuel tank and a tall stance makes the Jawa adventure motorcycle very similar to its primary rival, the Royal Enfield Himalayan, in terms of design and layout. With it’s first two products, Jawa seems to have covered two of its competitor’s strong selling models. RE has been having an unchallenged run in its ever growing niche so far but things are about to change soon.