Jawa Motorcycles recently introduced a new contest on their social media platforms to find the best talents in motorcycle designing and customisation. Dubbed #JawaKommunitiKustoms, the contest is open to everyone who has a knack for reimagining an automobile in a unique, and oftentimes, better form than its stock avatar. The contest was introduced on April 20 and will extend till the month’s end.

The winner will be selected in the first week of May 2020. Jawa Motorcycles will be awarding a custom-painted Jawa tank, signed by company CEO Ashish Joshi, as a trophy alongside a copy of ‘The Forever Bike’. To raise the ante, Jawa Motorcycles introduced one of the first builds on a modern-day Jawa from India — Jawa Blak cafe racer (based on Forty Two) by Bombay Custom Works (BCW).

Bombay Custom Works was founded in 2012. Over the years, the Mumbai-based garage has created a range of one-offs based on two-stroke Jawa/Yezdi models, classic Royal Enfields, random Bajaj Pulsars and even unassuming commuter motorcycles. In BCW’s latest portfolio, the Jawa Blak is one of the very best.

As the name suggests, BCW has opted an all-black theme for the cafe racer build. Though it may sound easy on paper, going full-black on a motorcycle is a bit tricky. For starters, the finish on the metal, fibre (or plastic) and cast iron (engine) should blend well with each other. Furthermore, subtle highlights (usually in the form of logos, branding or pinstripes) are often essential to properly accentuate the black base.

Most importantly, the one-off project should be a significant leap ahead of its original form in terms of aesthetics and overall appeal. Anyone can go all black on a motorcycle but only the tasteful few can really pull it off; BCW being a prime example to the latter. 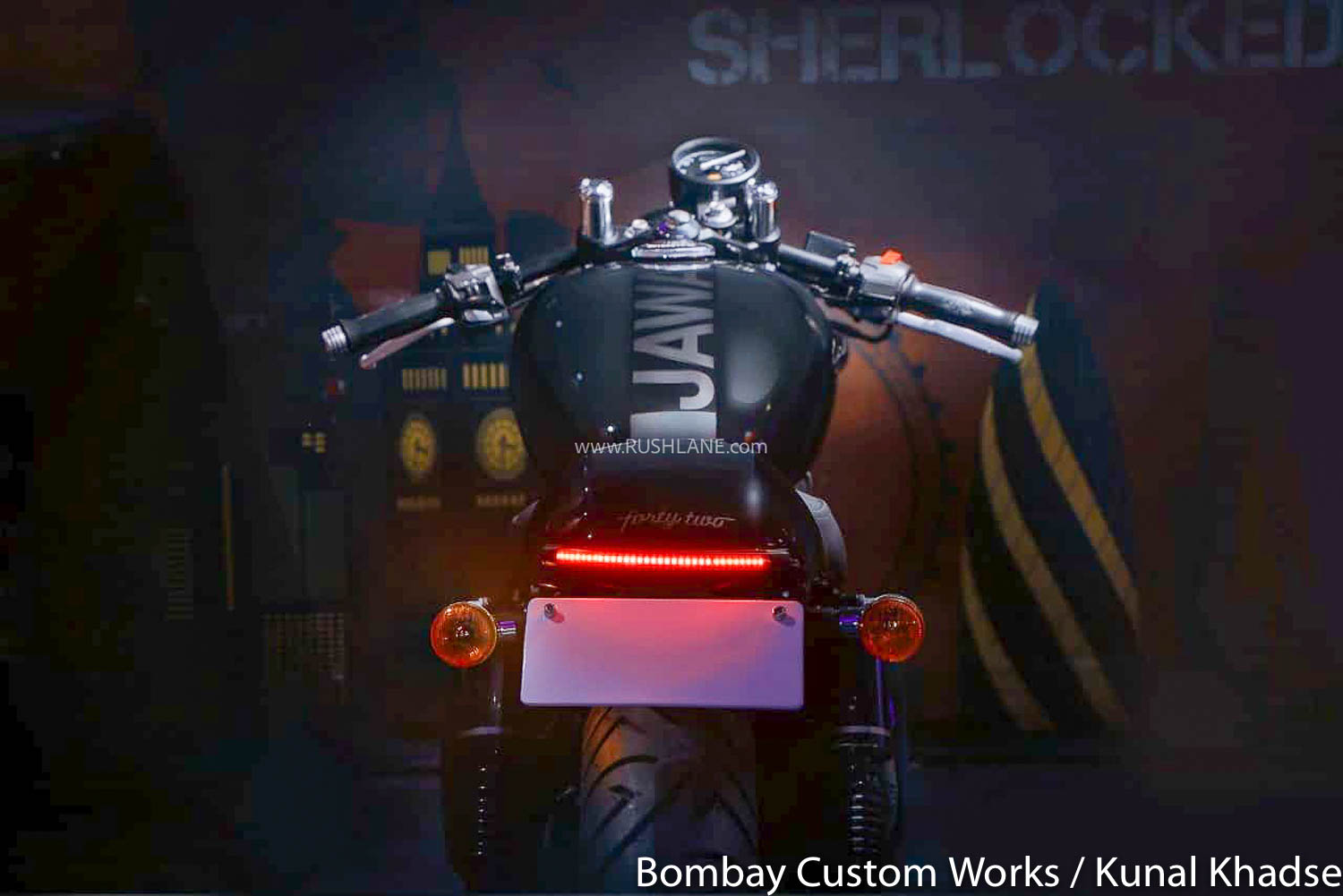 In traditional cafe racer fashion, BCW has opted a single-seat layout for the Jawa Blak project. From the looks of it, the typical ‘committed riding position’ of a cafe racer does not seem to be a major concern. Of course, it may not be able to match the comfort of the stock seating position. To go with the trend, the headlamp gets an ‘X*’ while the tail lamp is an LED strip. The tail lamp could have been a halogen unit (just like at the front) to go along with the Jawa’s classic lines but this is not at all a dealbreaker.

The designers at Classic Legends (subsidiary of Mahindra & Mahindra which owns Jawa Motorcycles) has paid a lot of attention to detail in the new-gen Jawa products. Owing to this, BCW has carefully and respectfully evolved the Forty Two rather than making a completely new approach. Thanks to a talented photographer and a well-thought setting, the Jawa Blak is something we wish to see in production someday.

*even though the ‘X’ on custom cafe racer headlamps has become more of a design element today, the original purpose of the ‘cross tape’ was to prevent broken glass from falling on the track or injuring others whilst racing.