Earlier this month, Jawa Motorcycles announced that deliveries of their motorcycles will start from the 4th week of this month. As the exact date of start of delivery has not been announced, there has been confusion among owners who are awaiting delivery. 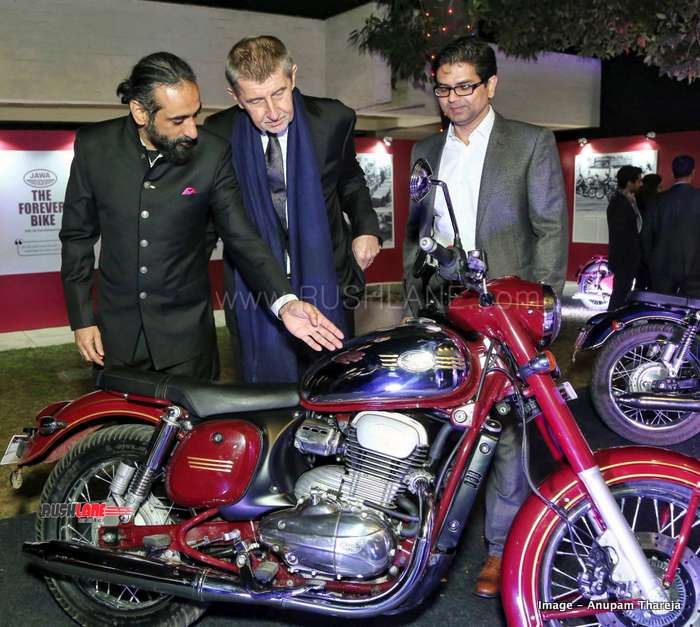 Finally the day has arrived when Jawa Motorcycles – Jawa and Jawa 42 will be delivered to their respective owners. As per Jawa, deliveries will be done on first come first serve basis. Those who booked first, will get delivery first. So the order of your booking, decides your delivery date. But what happens when the city from where you have booked, does not have a Jawa dealership?

As Jawa did not have a single dealership opened at the time of launch in Nov last year, they had started accepting booking orders online, against a payment of Rs 5,000. Bookings were accepted from across India. This has resulted in a situation where there are some owners who had booked the bike on the first day, but do not have a Jawa dealership in their city. It is not clear how will Jawa will deliver them a motorcycle. Will such owners be delivered Jawa motorcycles via existing Mahindra dealers or will they have to wait till a Jawa dealer opens in their city or will they be asked to cancel the booking? 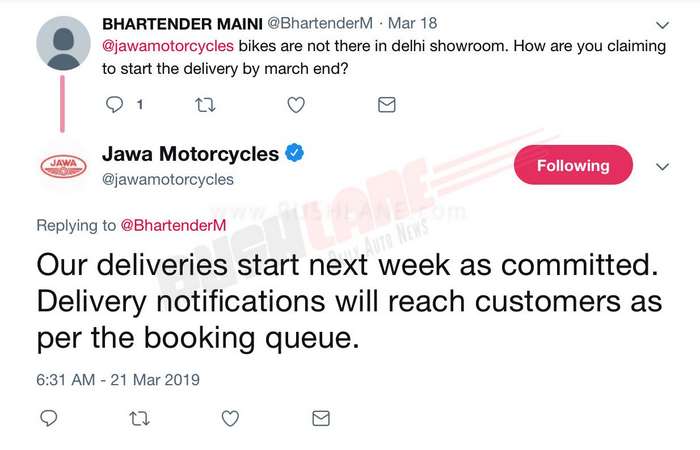 1st Jawa dealership was opened in Pune, on 15th Dec 2018, a month after they launched their three motorcycles – Jawa, Jawa 42 and Perak. Jawa aims to open 100 dealerships across India before the start of deliveries of their motorcycles.

Jawa has been active on social media, replying to questions of their fans, most of who are awaiting deliveries. Some owners who had booked the bike on 16th, are yet to receive a call from dealer, or any further update regarding payment or remaining amount. 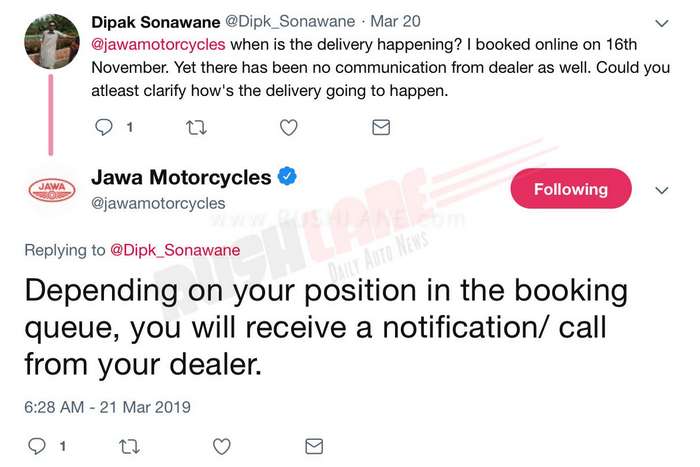 The resurrection of the Jawa brand has caused some upheaval in the two wheeler segment, which is currently ruled by Royal Enfield. The Jawa and Jawa 42 are priced at Rs.1.64 lakhs and Rs.1.55 lakhs respectively. Only time will tell if Jawa will eat into the sales of Royal Enfield, or not.