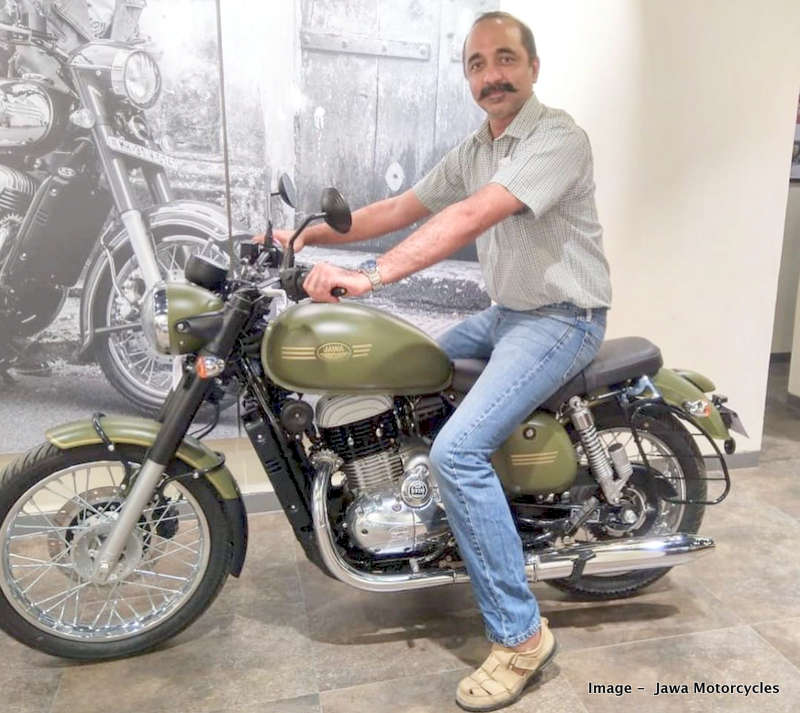 First launched in November 2018, Jawa Motorcycles are all set to start deliveries of their motorcycles equipped with dual ABS, starting this month. In a reply to one of the owners, Jawa founder has stated that the deliveries will start by last week of June 2019.

Jawa bikes are being produced under contract at the Mahindra Two Wheeler plant in Pithampur, Madhya Pradesh. It is not clear as to how many bikes have been produced till date.

Jawa has not shared total number of bookings received. They have also not revealed how many bikes have been delivered. Questions about the same remain unanswered. As per a SIAM (Society of Indian Automobile Manufacturers) report, from November 2018 to March 2019, only 255 units of Jawa motorcycles were produced / dispatched. 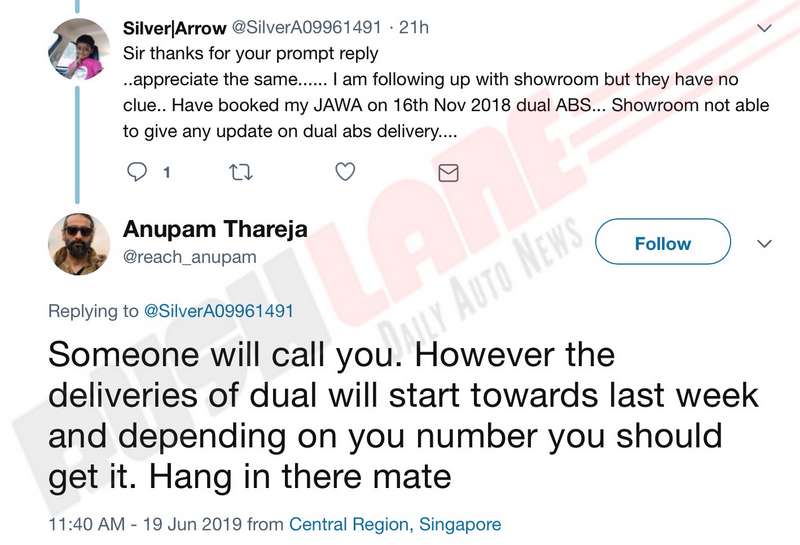 Jawa is presented in colour options of Maroon, Gray and Black while Jawa Forty Two gets 6 color options of Comet Red, Nebula Blue, Starlight Blue, Lumos Lime, Galactic Green, and Halley’s Teal. The bikes get fitted with ABS. Single channel ABS is offered as standard while dual ABS is optional.

Jawa and Jawa Forty Two are powered by a 293 cc, single cylinder, 4 stroke, liquid cooled, DOHC engine offering 27 bhp power and 28 Nm torque. The engine gets mated to a constant mesh 6 speed gearbox and is tuned to offer optimal mid range performance and an exhaust note that is distinctive of a classic Jawa bike.

ARAI certified fuel efficiency stands at 37.5 kmpl while both bikes get suspension via telescopic hydraulic forks in the front and gas canister twin shock hydraulic system at the rear. Price of single channel ABS with rear drum brake Jawa is Rs 1.64 lakhs and that of Jawa 42 is Rs 1.55 lakhs. Respective prices of same motorcycles with dual abs with rear disc is Rs 1.72 lakhs and Rs 1.64 lakhs.

After Jawa and Jawa 42, the company will launch Perak, which will be launched by the end of this year. This bobber styled Jawa is seen with a single seat finished in tan leather. It will get a black colour scheme, spoked wheels and low set handlebars with bar end mirrors. It also gets a rounded tail lamp located under the seat.

The Perak gets a bigger 334cc, liquid cooled, single cylinder engine offering 30 PS power and 31 Nm torque mated to a 6 speed transmission. Perak gets disk brakes at both ends with dual channel ABS and fatter Pirelli tyres. Jawa Motorcycles have announced price of the Jawa Perak, and it starts from Rs.1.89 lakhs.