Will Jawa introduce an electric motorcycle?

Considering that Classic Legends owns the rights to both Jawa and Yezdi brands, its upcoming electric motorcycle project could spawn two distinct flavours. However this is purely a speculation at this moment and we will have to wait and see how things develop.

Meanwhile, here is a speculative rendering of a Jawa electric motorcycle created by Sreejith Krishnan on behalf of ElectricVehicleWeb. While accommodating the electric powertrain and the massive battery pack requires grounds up approach to chassis engineering, you can see that Jawa’s classic design gels well with the new age powertrain. 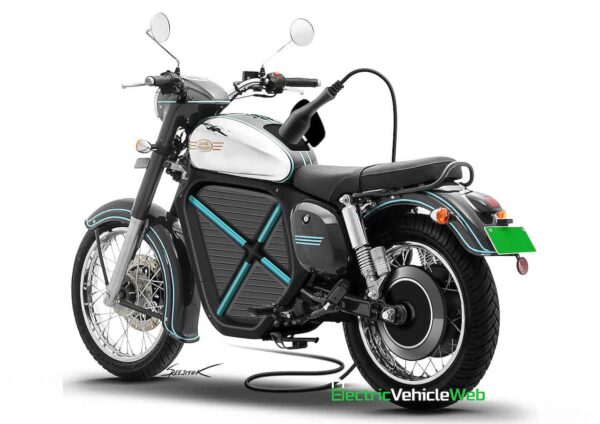 The designer has envisioned the Jawa electric motorcycle to feature the charging socket on the pseudo fuel tank and a rear hub-mounted motor. The traditional telescopic front suspension and twin gas-charged rear shock absorbers have been carried forward. The spoke wheels go a long way in giving the motorcycle an old-world charm.

It is too early to talk about the finer details of Classic Legends’ electric powertrain. It is being reported that, unlike the existing Jawa products which were engineered with inputs from parent company Mahindra, the new electric motorcycle will be developed fully in-house. The two wheeler manufacturer is expected to source most of its critical components locally although there could be some percentage of imported content. 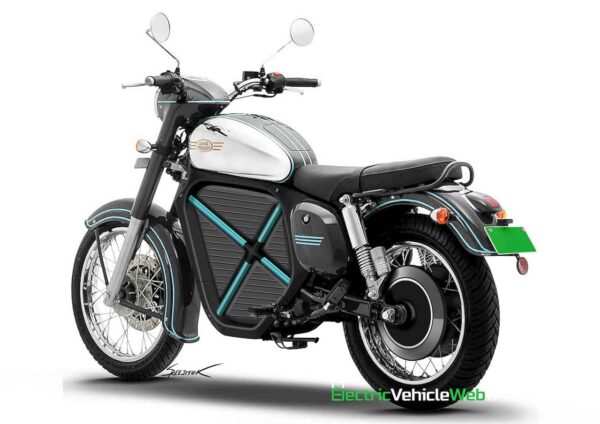 It is to be noted that Royal Enfield is also working on an electric motorcycle to target the same segment. Classic Legends’ project is still at early stages and we don’t expect the final product to be ready before 2022. The company’s track record when it comes to keeping up with timelines are not great to begin with, and to make the matters worse, the pandemic is proving to be a significant disruption.

Classic Legends managed to sell only 569 units of Jawa motorcycles in July 2020 which is over 60 times lower than what its primary rival Royal Enfield has managed. Suffice it to say, the existing Jawa and the upcoming Yezdi products have their work cut out.