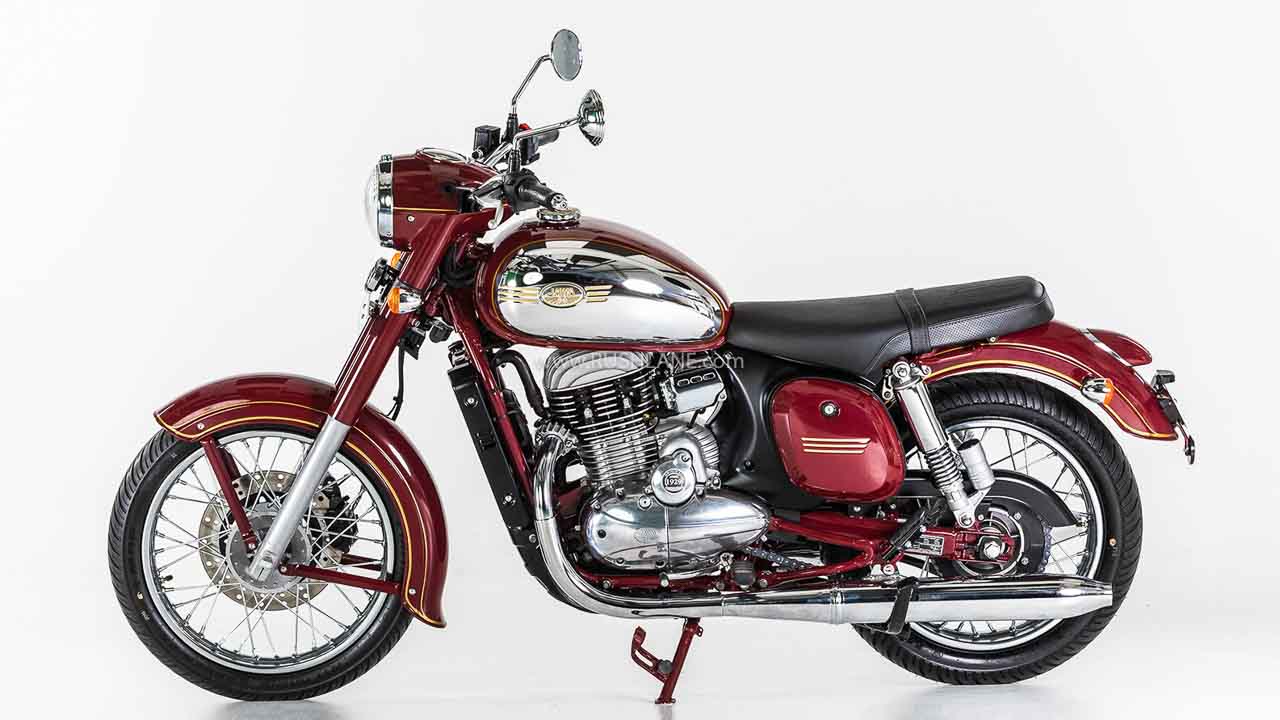 Jawa Motorcycles, the Czech motorcycle brand which is currently owned by India-based Classic Legends, is gearing up to kick start export operations in Europe even as deliveries in the domestic market are not fully optimized yet.

The brand’s European website has listed the made-in-India Jawa under the 300 CL moniker. While aesthetically the Europe-spec Jawa 300CL looks identical to the Indian Jawa, there are a few crucial differences.

For starters, the Euro-spec model features the Euro-4 compliant engine instead of Euro-5 (equivalent to BS6) unit. There is also a significant drop in output figures compared to the Indian BS6-spec model. The engine is the same Mahindra Mojo-derived 295 cc single-cylinder, liquid-cooled unit but it produces 22.79 hp and 25 Nm of torque on board the European model as against the Indian BS6 model’s 26.51 PS and 27 Nm of torque.

Another parameter that is hard to ignore is the motorcycle’s empty weight which is 184 kg as per the official European website. According to the Indian website, the motorcycle tips the scale at 172 kg. Such a huge difference in weight between two versions of the same model seems strange, especially when there are no obvious visual clues to indicate additional components. Either the guidelines for measuring a motorcycle’s weight are different in India and Europe or one of the official websites could be misrepresenting the figure.

With adequate installed production capacity at its Indian facility, Classic Legends is well positioned to embark on an expansion plan and cover several key markets. However, the brand needs to address quality issues that are arising from its India-spec models first and ensure that its export-spec units don’t suffer similar problems.

The Jawa has got the design and brand recall to make it an attractive product not only in India but also in several European markets. With medium displacement motorcycle segment witnessing increased demand globally, it is right time for Classic Legends to scale up its operations.

The Jawa 300CL is listed on the brand’s European website at 6,000 euros (around INR 5.23 lakh, about 3 times the price in India). In Europe, that kind of money can buy much more powerful middleweight sportsbikes such as Suzuki SV650. Just like in the domestic market, Jawa 300CL will be targeting Royal Enfield Classic in export markets as well.

In a related news, Classic Legends is also reportedly working on reviving the Yezdi brand with a homegrown electric platform.