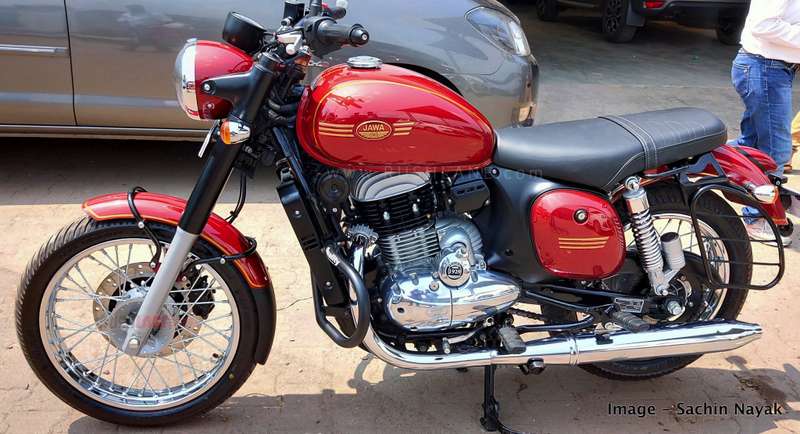 When it comes to the two wheeler market, Mahindra’s role has been voluntarily cut short. In the recent past, the two wheeler manufacturer decided to plug scooter sales in entirety and keep its Mojo motorcycle in the market. Following the mandatory ABS update for two wheelers, Mojo was relaunched as a single variant. Prior to that, Mahindra Mojo was available in XT and UT variants.

Mahindra’s new business plan also means the Centuro isn’t offered any longer. This leaves the brand with Gusto and Mojo ABS on sale. For an economy that relies heavily on two-wheelers, Mahindra’s decision to voluntarily forego any opportunity to cash in came from it’s longterm plan of reducing losses. This was however not the first time, Mahindra axed a sizeable product portfolio. Back in 2015, the brand let go of Pantero, Duro, Flyte and Kine.

The 2017 decision to exit the mass market two-wheeler segment meant the Mojo ABS was in the pipeline. Other growth plans included the launch of a new range of Jawa motorcycles in the last fiscal. This is a Classic Legends Pvt. Ltd. venture, part of the Mahindra group.

The entity manufactures and sells Jawa bikes in India. Business resumed late in 2018. Mahindra & Mahindra subsidiary, Classic Legends, currently has plans for BSA and Jawa marques, and with Yezdi making its social media debut recently, this too could be part of long-term plans.

For September 2019, Mahindra reported 184 units of Gusto sold. This is the highest monthly unit sales for the scooter in 2019. 11 units of Mojo were sold last month. Through all of 2019, Mahindra Mojo sales at best has reached 25 units. That was in August 2019.

While Mahindra two wheeler sales has been subdued, Jawa sals is a secret. Jawa first showcased its first products in November 2018, and deliveries got underway a few months later. But sales numbers in recent months is unavailable.

Late in 2018, the company said its bikes were sold out till Sep 2019 in a media release. March 2019 was the last month when Jawa shared sales / dispatch numbers with industry body SIAM (Society of Indian Automobile Manufacturers).

In other news, Jawa recently launched 90th anniversary edition. Limited to 90 units, this special edition is available for immediate delivery. You are eligible only if you have a Jawa motorcycle or a booking of a Jawa motorcycle with you. Even if you don’t have a Jawa booking number, you can get a booking number by paying Rs 5,000 to the company. 90 owners will be selected via lucky draw.

Jawa also has plans to launch more motorcycles in India. In an interview with The Hindu, their CEO said that the company will launch 3 new motorcycles. Details of these will be revealed on 15th November 2019, which is the 1st anniversary of Jawa.