Classic Legends, a subsidiary of Mahindra Group has resurrected the Jawa brand in India. Two motorcycles are on sale – Jawa and Jawa Forty Two. These are priced at Rs.1.64 lakhs and Rs.1.55 lakhs respectively, there is also a third Bobber-style motorcycle called the Perak which has been unveiled, but will launch later this year at Rs. 1.89 lakhs.

The bikes were launched in India in November 2018. Bookings commenced at the time of launch but deliveries started only in March 2019. The deliveries have been extremely slow, some owners even wondering if they have booked a Jawa motorcycle or a Boeing aeroplane.

Jawa has been in the news for delayed deliveries which ranges from 8-10 months which caused many customers to even cancel their bookings. However, recently the company CEO has promised to boost deliveries with an increase in production at the company plant in Pithampur, Madhya Pradesh, and to augment the number of company dealerships cross country. 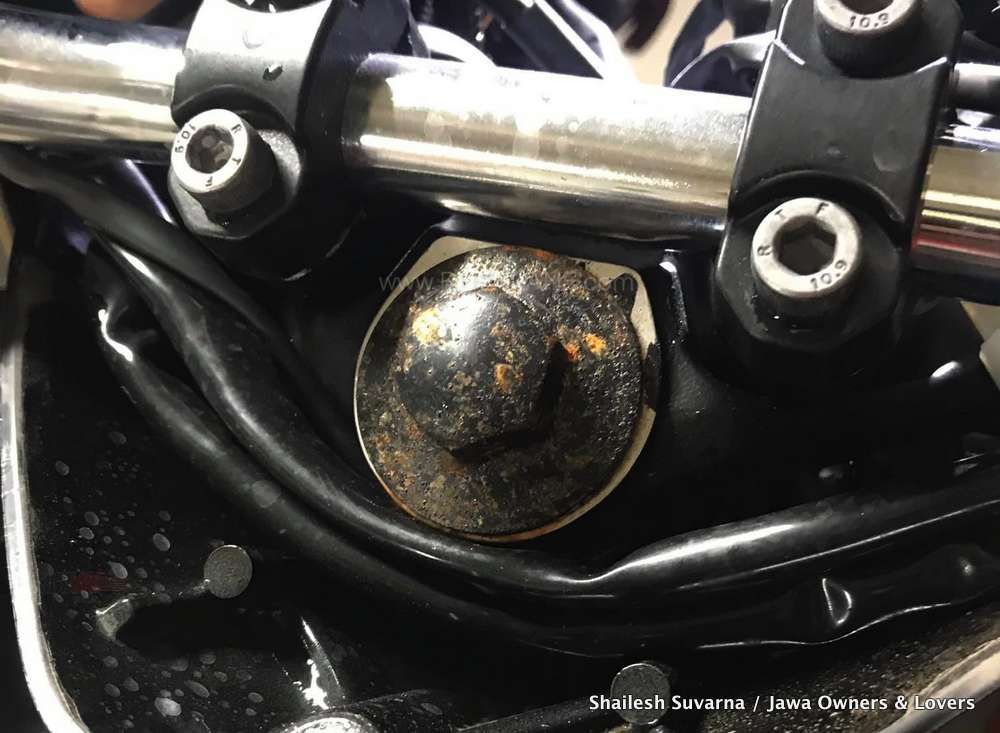 Not only were customers aggrieved over delayed deliveries but it has just come to light that some customers who have been given deliveries of new Jawa motorcycles, are complaining about the bike having quality issues, especially the metal parts which are easily getting rust.

It is now believed that Jawa dealers are fixing the rusted bikes by repainting the same or by replacing the rusted parts. One such customer is Shailesh Suvarna, who took delivery of his Jawa on 2nd August 2019. In less than 20 days of the bike’s delivery, Shailesh’s Jawa has got rust on many parts.

It can be seen from the accompanying images that there is rust across several parts right from the handle nut to the exhaust pipe. Speedometer too has water inside. This is not something buyers would expect from a brand new bike and that too of the caliber of a Jawa, whose makers have promised to deliver exceptional quality. 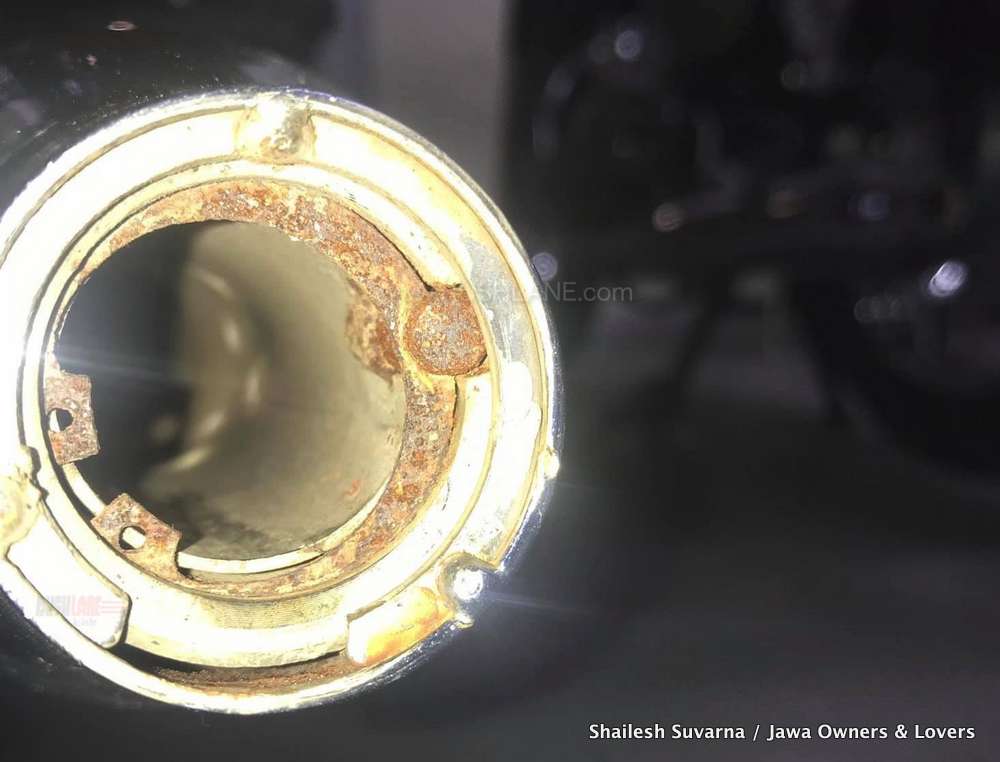 However, the bike is bought and it is now too late to do anything but to complain and get these parts attended to. The owner has hence sought the help of the company dealership who has now agreed to repaint the bike. The dealer will also replace the parts which have got heavily rusted. It is not clear if the same service is being extended to all Jawa owners who are complaining rust issues or not.

Jawa dealer and the company has been pro-active in solving issues of their customers. Earlier this month, a prospective customer had complained to JAWA CEO on twitter that his dealer was charging about Rs 9,000 in the name of handling and other charges. The CEO intervened, and made sure the prices were reduced.