First Jawa motorcycles to roll out of the company plant, will be auctioned at an event. Details of the event have not been revealed. Jawa Motorcycles made this announcement on twitter – “Before the first #JawaDeliveries start, we pay our respect to those who put India first. We will be auctioning #JawaMotorcycles at an event in the hope to generate a contribution for the education of children of the #ArmedForces martyrs. Watch this space for more updates.”

As per the Jawa update earlier this month, Jawa deliveries were to start from today onwards. But now they will only start after the auction. Jawa has not revealed the date of the auction yet. The winner of the Jawa auction would most likely be the first owner of new Jawa motorcycle. 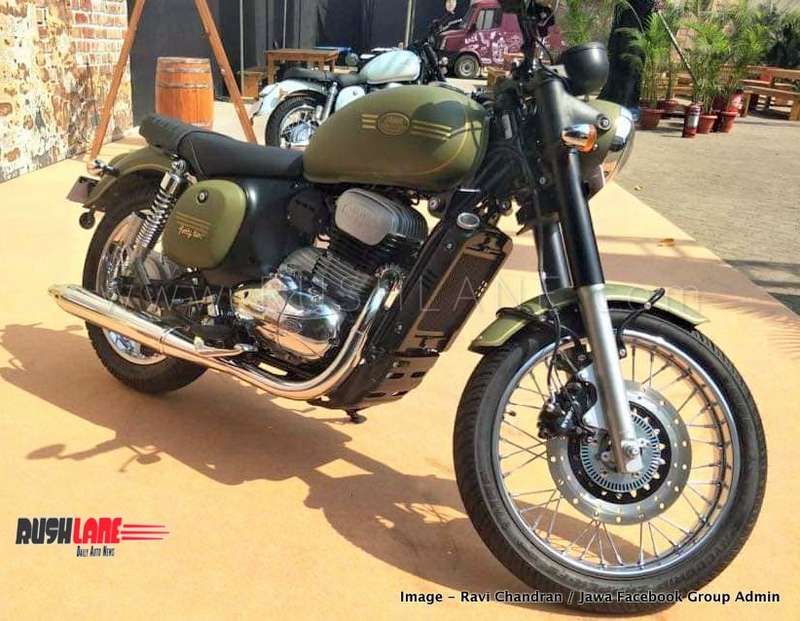 It is not clear if these Jawa motorcycles which are heading for auction, will be the regular bikes which were shown at launch, or will they be special edition, inspired by the armed forces. In the past, we have seen Jawa’s rival Royal Enfield launching motorcycles inspired by armed forces (Pegasus and Classic Signals). Bajaj Auto too launched a motorcycle nameplate, inspired by India’s first aircraft carrier, which was built in India – INS Vikrant.

Speaking about the two Jawas – Jawa and Jawa 42 are different in style and stance. Where Jawa is a classic styled motorcycle, the Jawa 42 boasts of a more contemporary design. Jawa remains true to the original Jawa with a retro style with dual exhausts, a bulbous fuel tank sporting the Jawa logo and a headlamp cowl also borrowed from the original Jawa. It is offered in color options of Black, Maroon and Grey. 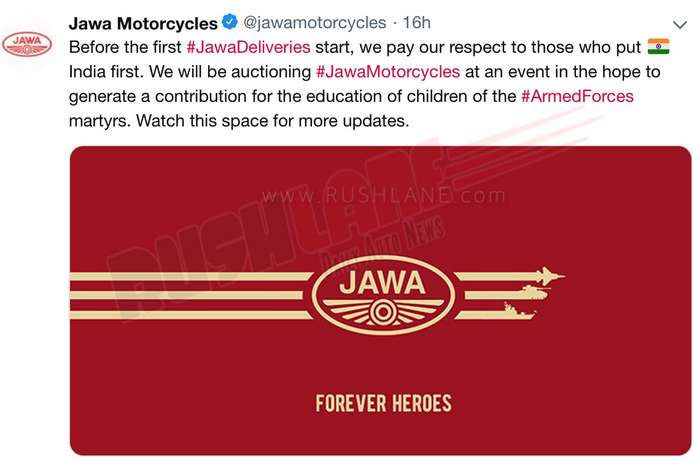 Jawa 42 on the other hand gets a single pod instrument cluster while handlebar and placement of mirrors also see some changes along with the placement of the headlamp which is more in tune with what is seen on modern bikes. Jawa 42 color options include Hally’s Teal, Galactic Green, Starlight Blue, Lumos Lime, Nebula Blue and Comet Red. Apart from these two, there is one more Jawa – Jawa Perak. It will be launched in India by end 2019. It draws inspiration from the original Jawa Perak 250. It boasts of a Bobber stance with single seat, long wheelbase and chrome highlights.

Jawa and Jawa 42 are powered by 293cc, single cylinder, liquid cooled engines offering 27.3 PS power and 28 Nm torque mated to a 6 speed manual gearbox. Those who have booked Jawa motorcycles, are eagerly waiting for deliveries. 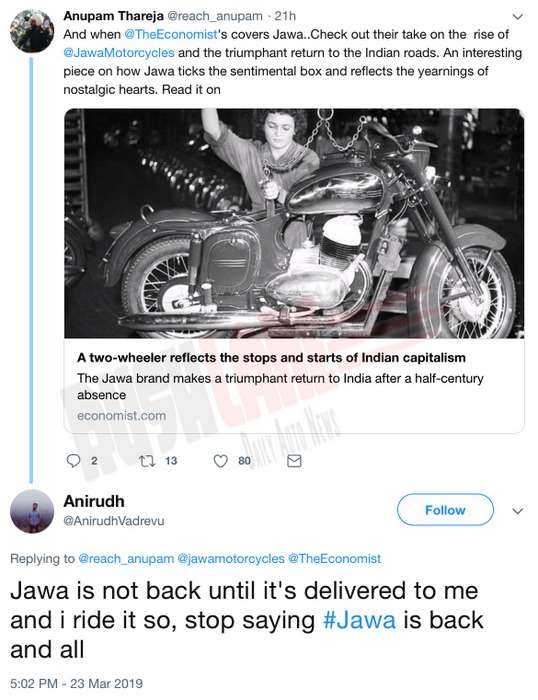 Jawa Motorcycle bookings opened back in Nov 2018. The demand was so huge, that Jawa had to close online bookings within a month. They are now sold out till Sep 2019. As per a report, Jawa aims to sell about 8,000 motorcycles a month in the first year. Depending on demand, production will be adjusted 2nd year onwards. Sales of rival RE Classic 350 are at about 35,000 units a month. 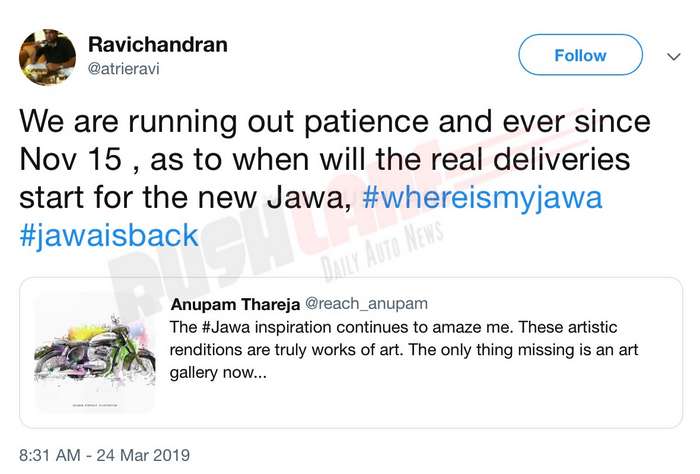