Under the umbrella of Classic Legends, Mahindra has launched the iconic Jawa brand in India. They have launched two new motorcycles, namely, Jawa and Jawa 42.

Classic Legends has been formed by Anand Mahindra, Anupam Thareja and Boman Irani; with Mahindra holding a 60 percent stake in this venture. Jawa motorcycles will compete in a market of 250cc+ segment, that include the Royal Enfield 350, Bajaj Dominar 400 and Honda CBR among others. 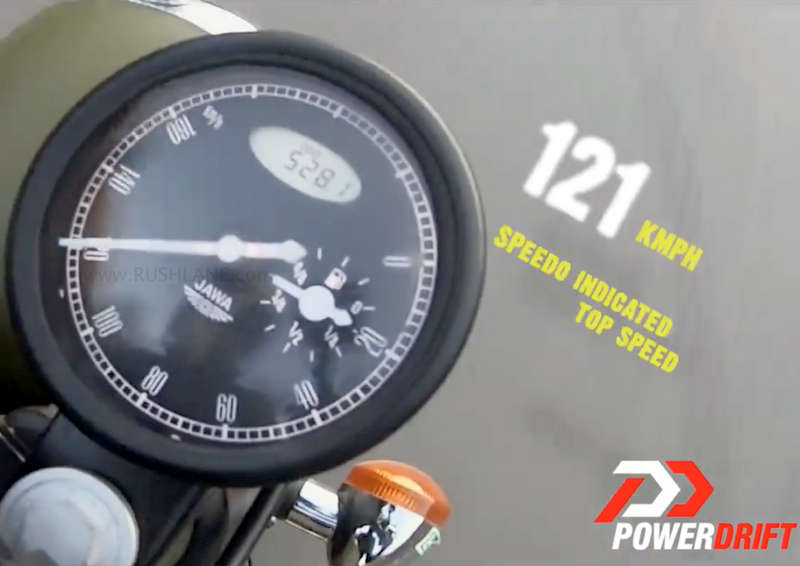 At the launch event it was revealed that the Jawa will be offered in black, maroon and grey while the Jawa Forty Two is presented in color options of Glossy Metallic Red, Glossy Dark Blue, Matt Moss Green, Matt Pastel Blue, Matt Pastel Light Green and Matt Blue.

Jawa motorcycles boasts of tear drop shaped fuel tank, circular headlamps, flat seat, raised handlebars, chrome finished mirrors. They are powered by the same Mojo based 293 cc single cylinder engine which delivers 27 hp and 28 Nm. Just like the Mojo, Jawas too are mated to 6 speed gearbox. But, in spite of having a similar engine and transmission setup, performance of the Jawas is different. Watch the Jawa top speed video by PowerDrift below.

The two Jawa bikes sport a 14 liter fuel tank and braking is via 280mm floating calipers in the front with ABS and 153mm drum brakes at the rear. Suspension duties are handled by telescopic hydraulic suspension and gas canister with twin shock.

There is a more powerful Jawa, which gets an even bigger engine, and more power. It is the Jawa Perak. This one will launch by June 2018, and it is powered by a 334cc, liquid cooled, single cylinder, DOHC engine developing 30 bhp power and 31 Nm torque. The Perak should offer a stronger performance as compared to the Jawa and Jawa Forty Two. Jawas are being produced at the Mahindra plant in Pithampur near Indore in Madhya Pradesh.