RUSHLANEDAILY AUTO NEWS
HomeBike NewsJawa owner claims that he got delivery in just 16 days of... 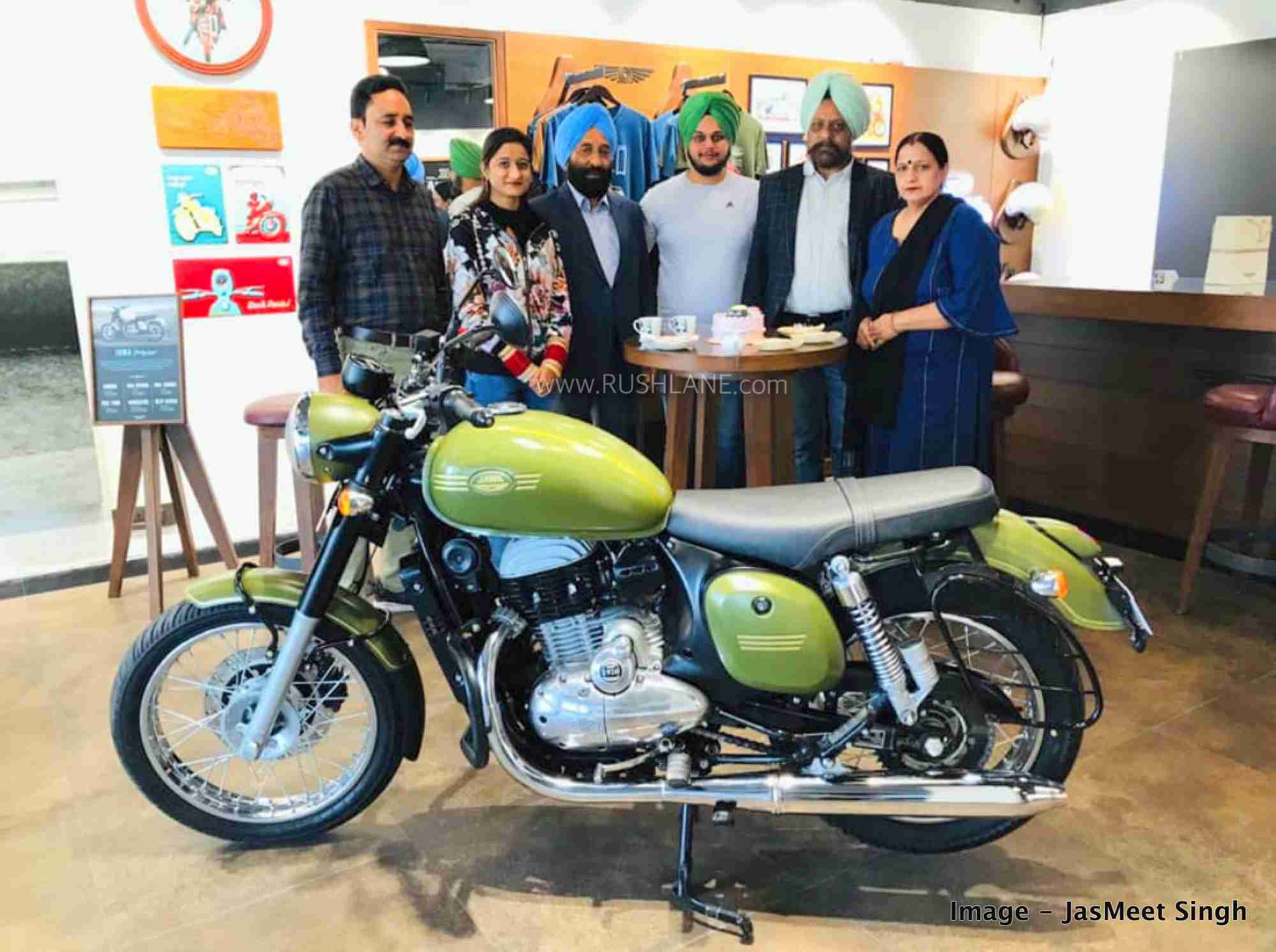 Jawa Motorcycles has been on sale in the Indian market for quite some time now. Aimed to be a strong rival to the likes of the Royal Enfield Classic 350, the Czech-origin motorcycle brand under Mahindra group had everything going well in the initial stages, but was soon plagued with one major issue — long and uncertain delivery times.

On average, wait time for Jawa motorcycles has been about 10 months, and even extending to 11 months in some cases. Now, a Chandigarh-based buyer claims that he got his Jawa 42 delivered within 16 days.

He shared this information in a Facebook group named ‘Jawa Owners & Lovers’ and the members were quite shocked to know this. The owner, Jasmeet Singh, booked the Galactic Green single-channel ABS version of the Jawa 42 on November 6, 2019. 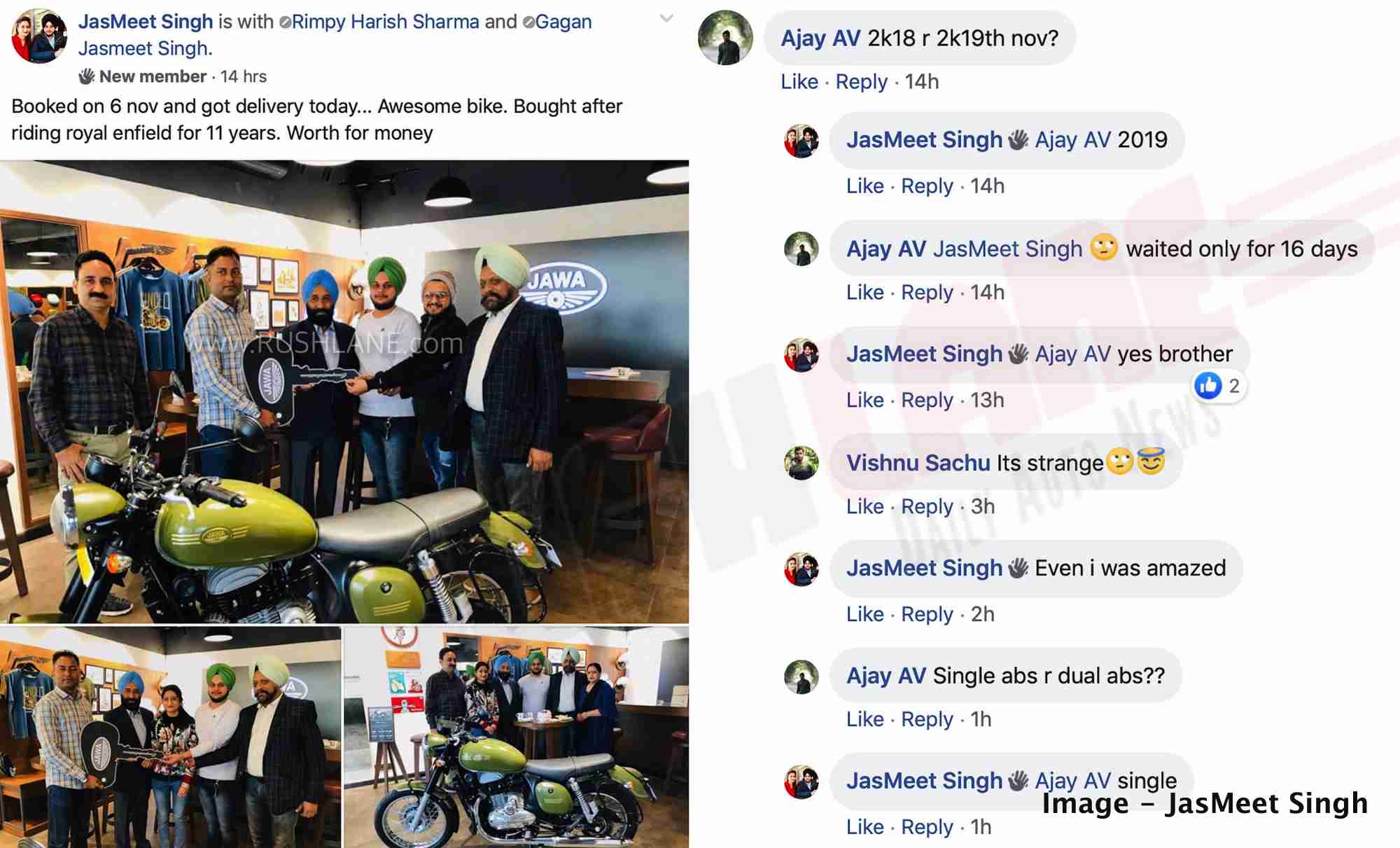 This is quite an interesting piece of information since many people who booked a Jawa product have been waiting to take delivery of their motorcycles for months. As per Jawa officials, bookings and deliveries were planned on a First-Come-First-Serve (FCFS) basis. If this was indeed the case, this particular delivery explains two possibilities: the customer did not follow the FCFS route and got upgraded in the queue somehow; or, the waiting periods have come down substantially.

We hope the delivery times will come down in other parts of the country as well since the modern-day Jawa models are well-engineered and fun-to-ride (except some isolated rusting and quality issues reported over the months). With the deliveries of the Jawa Perak planned to start from April 2020, fans are looking forward to seeing shorter waiting periods unlike the case of the other two motorcycles.

Jawa Motorcycles made a triumphant entry into the Indian market back in November 2018 with the introduction of three new motorcycles: Jawa 42, Jawa (commonly known as the Jawa Classic) and Perak. While both the 42 and Jawa Classic were launched last year itself at an ex-showroom price of Rs 1.55 lakh and Rs 1.64 lakh, respectively, the bobber-style Jawa Perak was launched only recently at Rs 1.94 lakh.

The Jawa 42 and Classic are powered by a 293cc liquid-cooled single-cylinder engine making 27bhp and 28Nm of torque. The Jawa Perak, on the other hand, comes with a rebored 334cc unit that generates 30bhp and 31Nm. All three motorcycles get a 6-speed gearbox.