At the Jawa India launch event back in Nov 2018, three motorcycles were launched – Jawa, 42, and Perak. Prices of all three motorcycles were announced at that event. But not much clarity was given on delivery. Few days later details about delivery started to emerge. It was revealed that the Jawa and Jawa 42 delivery will start by Feb 2019, and that of Perak will start by June 2019.

But it seems that the same plans are now delayed. Yesterday, it was revealed that the delivery of Jawa and Jawa 42 will start by April 2019, and now, in another official communication by the company, it has been revealed that Perak launch will take place by end of 2019. And this is an ‘expected’ timeline, not for certain. 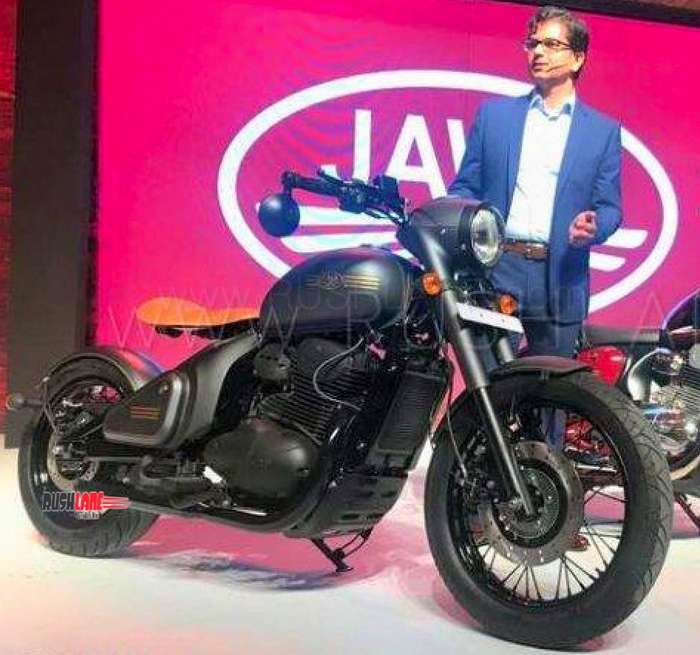 Though the launch is still many months away, Jawa Perak launch price has already been revealed. At the even on 15th Nov 2018, Jawa India revealed that Perak will retail at an ex-sh price of Rs 1.89 lakhs. It remains to be seen if the same price is applied when the bike is actually launched in India.

Perak is a modern classic factory custom bobber, which receives a retro styling with matt black paint scheme with gold highlights on the tank and side panel. Other design elements include a cantilever seat and a new swingarm while the pre production bike was showcased at an event with a regular round halogen headlamp. Unlike the Jawa and Jawa Forty Two, the Perak will be longer and will sit on 18” front wheel and 17” rear wheel fitted with premium Pirelli 90/90 and 120/80 section tyres at the front and rear respectively as against standard MRF tyres seen on the Jawa and Jawa Forty Two.

The Perak also gets disc brakes at both ends with monoshock suspension and dual channel ABS, which is offered as standard as against the single channel ABS seen on the Jawa and the Jawa 42. The latter two will also get dual channel ABS and rear disc brake from June 2019 onwards.

The Jawa Perak also sports a more powerful engine as compared to the 293cc, single cylinder engine seen on the Jawa and Jawa Forty Two which offers 27 bhp power and 28 Nm torque. The Perak is powered by a 334cc, DOHC, 4 valve, liquid cooled engine offering 30 bhp power and 31 Nm torque mated to a 6 speed transmission. The engine complies with BS VI emission norms. In terms of competition, the Jawa Perak sees no direct rival in India though it might find some competition from the upcoming Royal Enfield Trails / Scrambler.